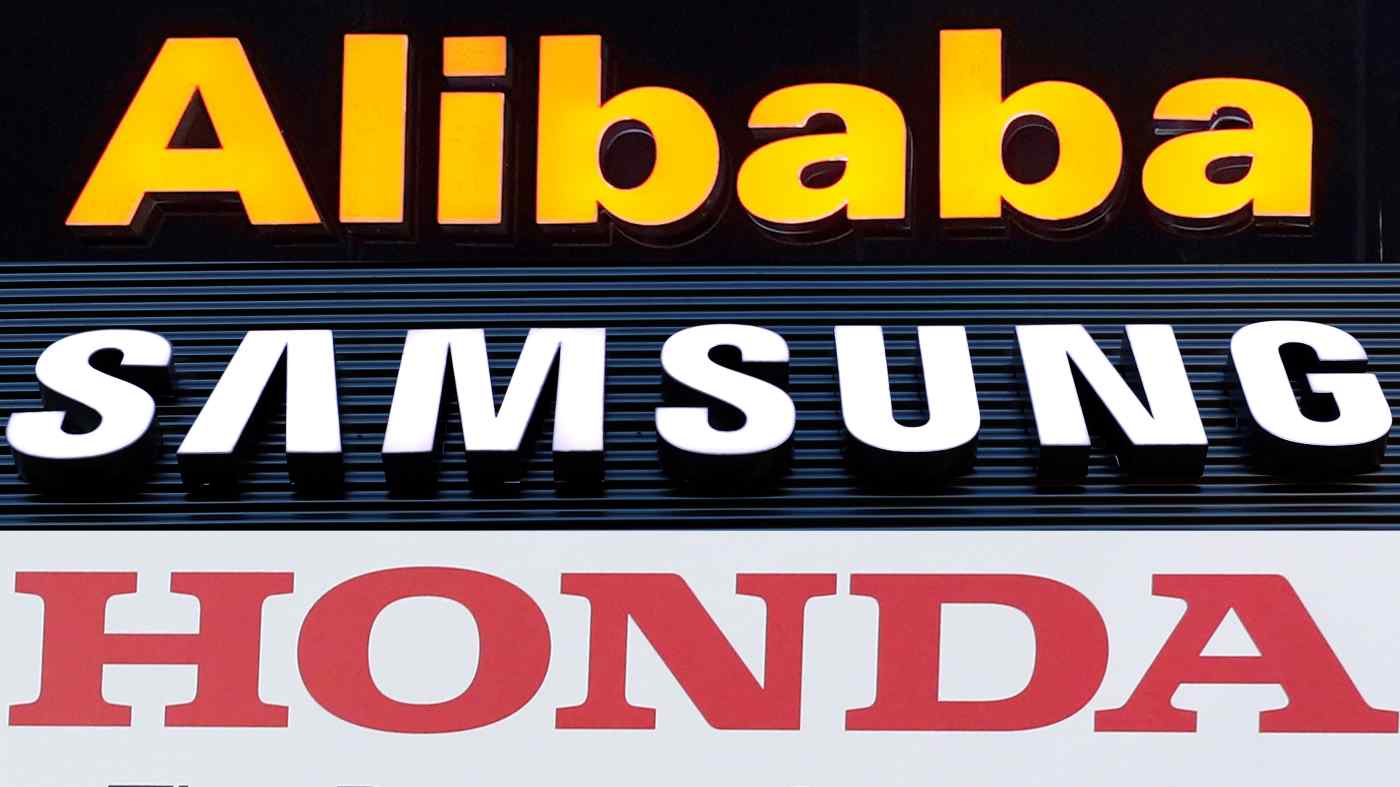 Profit climbed 40% at Chinese enterprises, with a 70% surge for Asian companies outside of China and Japan, according to QUICK-FactSet data. (Source photos by Reuters)
Nikkei staff writersFebruary 10, 2021 10:59 JST | Japan
CopyCopied

TOKYO -- Quarterly earnings at major global corporations have outpaced the year-earlier level for the first time since the pandemic began, with Asian businesses leading the rebound.

Combined net profit reached $712.7 billion during the October-December period, up 14% from a year earlier, according to QUICK-FactSet data covering more than 10,000 companies. This marks the first improvement in four quarters.

Profit climbed 40% at Chinese enterprises, with a 70% surge for Asian companies outside of China and Japan.

"China was the only major economy to achieve positive GDP growth last year," said Alibaba Chairman and CEO Daniel Zhang. "Thanks to the rapid recovery of China's economy, Alibaba had another very healthy quarter."

The electronics industry, which has a large presence in Asia, turned out to be the biggest contributor among all sectors, accounting for approximately 30% of all profit growth. The shift toward telecommuting has fueled demand for computers and servers.

Earnings at Japanese companies have climbed 48%, putting the country on track to attain its first year-on-year growth in nine quarters. Nippon Steel has swung to the black thanks to a revival of sales. Honda Motor's profit surged as well.

Meanwhile, bottom lines in Western nations have underperformed that of their Asian peers. U.S. corporations collectively suffered a 3% dip in quarterly net income, with the decline reaching roughly 10% when tech heavyweights are excluded.

Profit at U.S. retail and service companies retreated by 7%. Starbucks' global same-store sales decreased by 5% in the fourth quarter 2020, contributing to a 30% drop in net income.

In Europe, service and retail earnings plummeted by 35%. Worldwide, the sector's profit rose by only 4%.

This tracks with the poor performance in the global nonmanufacturing industry. Among 37 air transport companies, over 80% were in the red last quarter for a combined net loss of $11.5 billion. The weak demand for aircraft spilled over to Boeing, causing the manufacturer to also report a net loss.

The data is based on earnings reports and market forecasts for 10,227 listed companies as of Tuesday. Although October-December profit has gained on the year, the figures are being compared with a period of heightened U.S.-China trade frictions, which impaired earnings.

Corporate profits last year also capitalized from short-term demand generated by government stimulus programs. In light of those factors, these results may not be indicative of a full recovery.

"Durable consumer goods are partially cannibalizing future demand due to the stay-at-home demand, so corporate earnings could potentially slow down in the second half of the year," said Shunsuke Kobayashi, chief economist at Mizuho Securities.