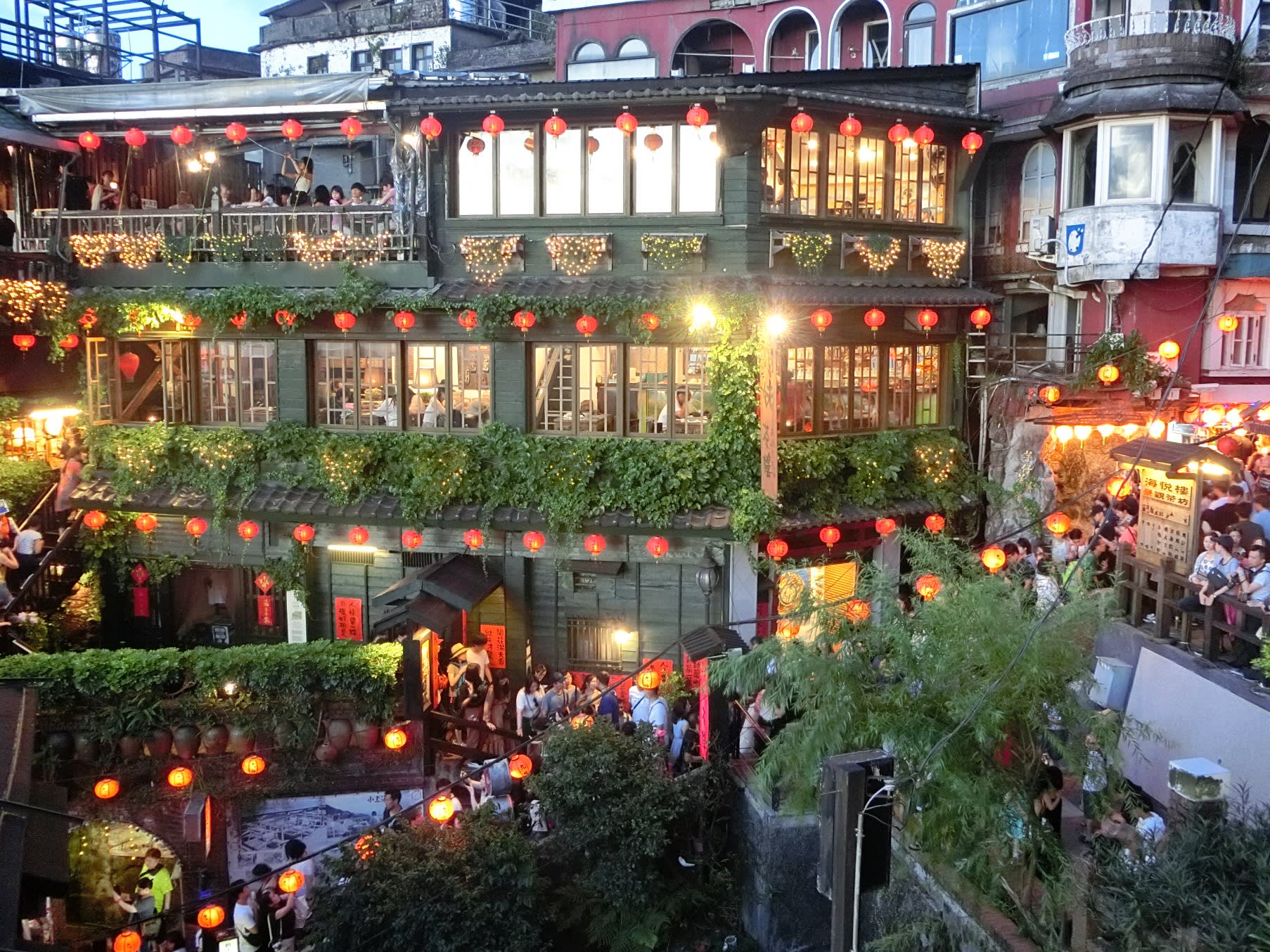 Hordes of tourists have been climbing the many stairs of Taiwan's Jiufen ever since word spread that the town's architecture might have inspired "Spirited Away" director Hayao Miyazaki.
HIONA SHIRAIWA, Nikkei staff writerSeptember 14, 2019 18:13 JST | Japan
CopyCopied

TOKYO -- As the ranks of foreign visitors to Japan have swollen in recent years, unlikely tourist destinations have emerged, attracting big crowds of manga and anime buffs from around Asia.

These pilgrimages to pop culture holy places have a name, seichijunrei, and they are now taking place in Singapore and Taiwan, where some stories take place.

The fact that many pop culture-inspired hot spots are far-flung, mundane or nondescript locations has not diminished their pull. Fans have demonstrated their willingness to make long journeys or fight off the metropolitan masses for the chance to feed their social network followers with photographic evidence of their travels.

The pictures they end up sharing correspond as closely as possible to the manga or anime renderings that inspired their travel itineraries.

"Detective Conan: The Fist of Blue Sapphire," the latest and 23rd installment of the popular Detective Conan film series, also known as Case Closed, was released in Japan in April and has grossed over 9.1 billion yen ($84.1 million), a record for the series. It is the first Conan film set in a foreign country, Singapore.

The film has also been released in Southeast Asia, the Middle East and elsewhere. Michael, a tour guide, has taken 3,000 tourists to locations where scenes in the film are set, such as a fountain where Conan Edogawa, the hero, and Kaito Kid, another major character, drink coconut water, and a park where Makoto Kyogoku and Sonoko Suzuki arrange to meet.

Michael began conducting the tours organized by H.I.S., a major Japanese travel agency, in May.

The tours start out in Japan, but H.I.S. says it has received many requests for Conan tours from fans in Taiwan, Vietnam and Thailand, where the series has a big following.

One aspect of seichijunrei is that they promote interactions among fans through social networks. Illustrations of characters and photos of pilgrimages to locations in the film end up being shared by many people through Facebook, Twitter and Instagram. Tourists to Singapore have been documenting their visits to places made famous by the anime film "Detective Conan: The Fist of Blue Sapphire."

Kosuke Suzuki, in charge of overseas licenses at TMS Entertainment, a Japanese anime studio responsible for promoting the latest Conan cartoon overseas, says he has been surprised at the large tourism effect. "There are even people who travel to Singapore independently to visit related locations," he said.

Many more traveling fans are likely to descend on Singapore in the coming months, and Conan is now hitting screens in China.

In June, Studio Ghibli's Oscar-winning "Spirited Away," a cinematic masterpiece and blockbuster by the legendary Hayao Miyazaki, opened theatrically in China for the first time, 18 years after it first dropped in Japan.

It seems that a growing interest in Japanese culture and improved relations between Japan and China led Beijing to finally allow the film into the country's theaters. The movie has already grossed 480 million yuan ($67 million), earning an extended run.

A series of official posters newly designed by Chinese artist Zao Dao have helped to drive the film's China success. The powerful renderings of characters and scenes have created a buzz in both China and Japan. One shows film characters painted on a fusuma sliding door as if they are watching the heroine, a little girl who wanders into the world of spirit creatures. Another is a fantastic illustration of the heroine walking on railway tracks under water.

The opening of "Spirited Away" in China has also cast a renewed spotlight on Jiufen, a mountainside town in Taiwan northeast of Taipei believed to have been an inspiration for the film.

Although Miyazaki has officially denied any connection between Jiufen and "Spirited Away," the town is nevertheless luring masses of tourists.

This summer, the town above the East China Sea has drawn hordes of Chinese, despite the Chinese government banning individual Chinese from visiting the island.

Beijing still permits private travel to the island that was approved before Aug. 1, as well as group tours.

A Mei Tea House, which has some striking similarities to an exquisite Spirited Away bathhouse run by a greedy witch named Yubaba, oozes an eerie and mysterious atmosphere at night when numerous red lanterns illuminate the building's exterior. In August, the small town and its steep staircases were still being overwhelmed by swarms of tourists taking photos with their smartphones.

Hida, in Japan's Gifu Prefecture, has also become a stop on the seichijunrei map.

It can thank Makoto Shinkai's 2016 animated film "Kimi no Na wa," released in English as "Your Name," for that distinction.

The movie, a huge blockbuster that grossed 25 billion yen in Japan, was partly set in the fictitious town of Itomori, home to Mitsuha, a high-school girl who becomes male lead Taki's body-swapping counterpart. Itomori is widely believed to be modeled after Hida.

Hida's local government has climbed aboard the Your Name gravy train, launching tie-ins to attract anime enthusiasts. Japanese and overseas tourists have responded in large numbers.

Tottori Prefecture launched a similar tourism campaign. Two legends grew up there, Gosho Aoyama, the creator of the Conan series, and the late Shigeru Mizuki, best known for his manga series "GeGeGe no Kitaro."

This fiscal year, the prefectural government issued excursion tickets that allow tourists from Hong Kong, Taiwan and South Korea to make the rounds at reduced costs. The government has also invited popular Taiwanese bloggers to visit.

"Tenki no Ko" -- which translates as child of weather but has the English title "Weathering with You" -- is Your Name director Shinkai's latest animated fantasy. It will be released in India in October, becoming the first Japan-made anime to screen in the country of 1.3 billion.

In April, Indian anime fans started an online signature-collecting campaign calling for the release of the film in their country, where Bollywood musicals dominate the movie scene. The drive received over 50,000 signatures.

The Indian seichijunrei masses may soon be on their way.