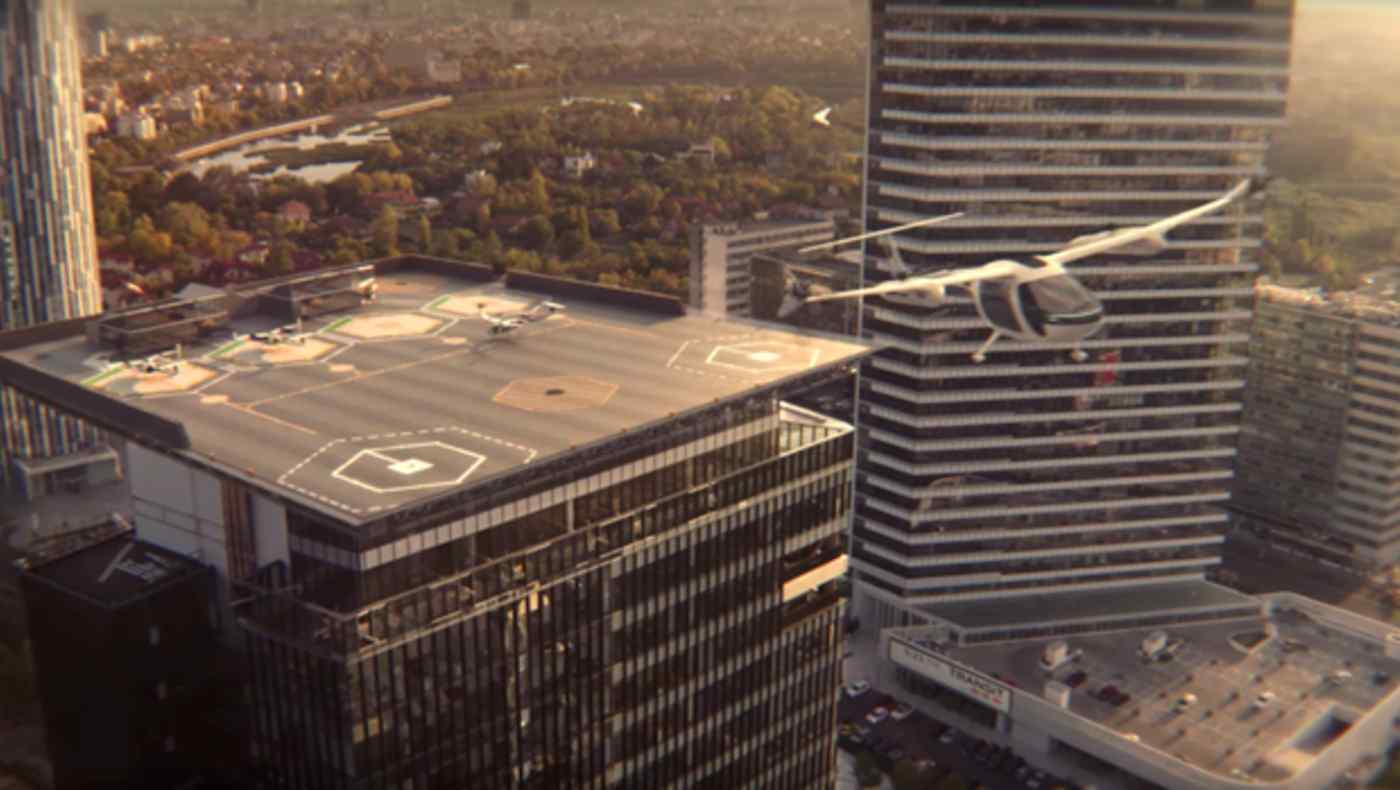 Merging the high-flying technologies into a single service is seen as a way to alleviate the transportation woes that plague Asian cities such as Bangalore and Jakarta, and could be rolled out as early as 2025.

It is not all that far-fetched. Experts say that implementing the service would be easier than pursuing more down-to-earth autonomous driving because there are fewer obstacles in the skies. And, of course, no pedestrians.

Small battery-powered rotors would make for quiet flights over populated urban areas while autonomous driving technololgy could reduce the risk of accidents caused by driver error.

Bell -- better known for its military aircraft -- has yet to unveil the air taxi, but the electric helicopter is expected to adopt tilt rotors for vertical takeoff and landing, cruise like a prop plane, and carry four to five passengers. 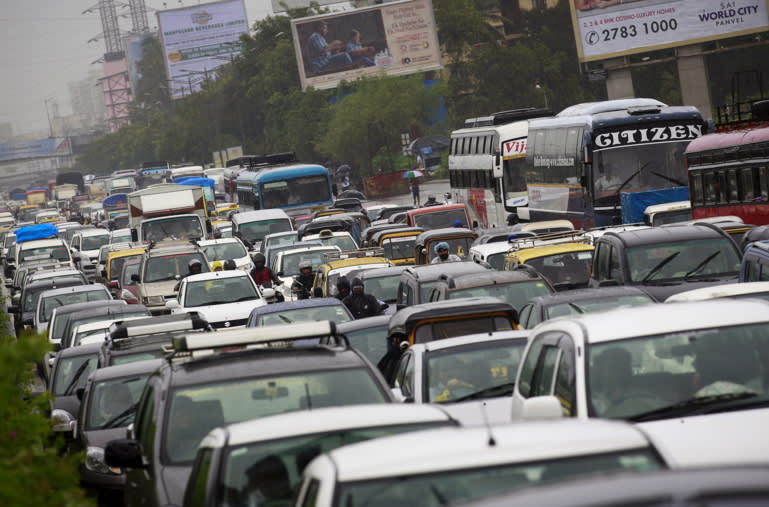 A typical traffic jam in Mumbai, India. Bell could help untangle snarls like this if its air taxis take off as planned.   © Reuters

Ride-hailing operators such as San Francisco-based Uber Technologies and China’s Didi Chuxing would be a good fit for the flying taxis. Their existing users could order flights via smartphone and board choppers at pads installed on the rooftops of existing buildings.

"You can integrate the air-based system right off the bat, as many societies have jumped into cellular," Drennan said, referring to how emerging economies have eschewed landlines in favor of smartphones.

For cities like Jakarta and Bangalore, this would mean less need for costly investment in roads, bridges and railways. "It could be a whole new way to avoid the bottlenecks you get with limited physical space," Drennan added.

Asian shipping companies may also be interested as parcel volumes skyrocket due to the spread of e-commerce. Platforms such as JD.com, China's second largest e-commerce company, are already considering drones to transport packages due to the current shortage of truck drivers, Drennan noted.

"If you look across Asia, there are huge opportunities with e-retailers," Drennan said. "You have large logistics movers here and throughout Southeast Asia. Those are also folks we can serve with our on-demand mobility systems to increase their efficiency."

Asia Pacific is already a key growth market for Bell, with China recording a 15% annual increase in demand for commercial aircraft, the fastest pace globally. The region accounts for 1,260 of Bell's 8,200 helicopters currently operating worldwide. Despite their promise, however, air taxis face thorny technical issues before achieving a level of safety, reliability and quietness needed to operate over densely populated areas. How much further Bell has to go is clear from the spate of traffic accidents involving autonomous cars.

In March, a self-driving Uber vehicle hit and killed a pedestrian in Arizona. In the same month, a Tesla vehicle equipped with a semi-autonomous driving system crashed into a highway barrier in California, injuring the driver.

Still, the technology has aroused cautious interest in Asia.

Singapore has been experimenting with drone deliveries in certain downtown areas, though it has yet to embrace air taxis. Japan said last week that it will draw up plans for introducing flying taxis by the end of the year, but officials added that air taxis could face tough competition from Japan's efficient public transport system. Multi-rotor air taxis would be battery-powered and fly autonomously to keep operating costs down. (Image courtesy of Uber)   © Uber Technologies

Battery-powered passenger helicopters are relatively untested, and aircraft companies hoping to go electric will have to create long-lasting batteries to ensure long-range operation.

"It's more like an automobile type arrangement," Drennan said about air taxi production.

Among Japanese companies, Honda and Subaru both produce automobiles and aircraft, which could make them likely partners.

The formidable challenges, however, have not deterred Bell. CEO Mitch Snyder has made air taxis one of his top five priorities this year. The company has not disclosed how much money it is investing in the project, but Drennan said his team of 65 will be doubled by the end of the year.

Meanwhile, the company is looking beyond just producing vehicles for Uber and other ride-hailing operators. It is also considering its own urban air taxi service, as it sees opportunity outside the military aircraft sector.

"We are exploring not only just providing the vehicle, but being an operator [and] maintainer of those vehicles," Drennan said. "We are open to considering the entire value chain, from the aircraft itself to the operations of the aircraft, all the way through to the booking engine."