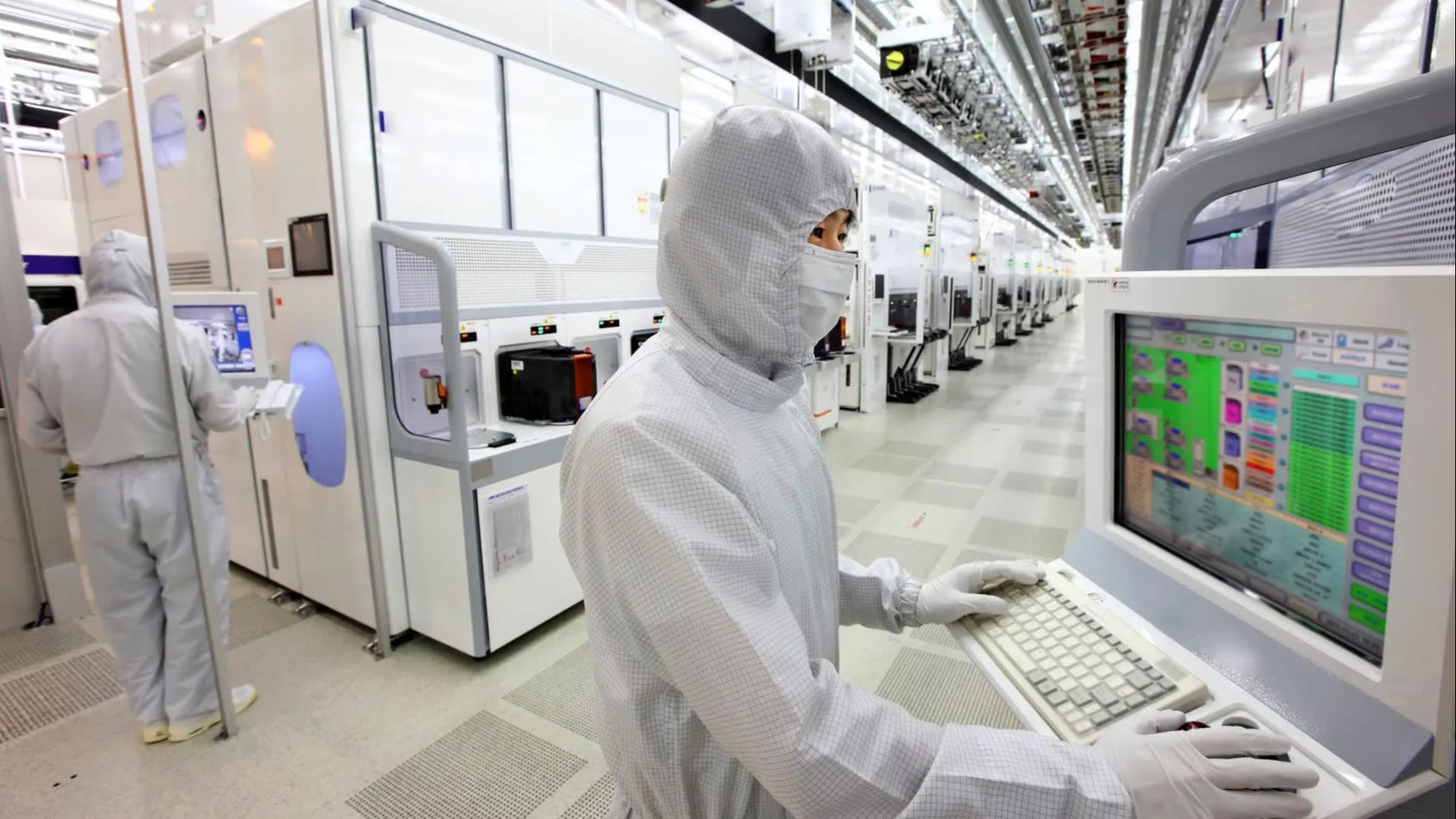 TOKYO -- Asian semiconductor producers, along with global peers, hit a wall in the final quarter of 2018 as earnings sank amid slowing smartphone sales and flagging demand for new data centers.

Net profit at eight major players -- Samsung and SK Hynix of South Korea and Japan's Renesas Electronics, as well as Intel, Texas Instruments, Qualcomm, NXP Semiconductors and Infineon Technologies -- slowed to $18.6 billion for the October-December period, sliding roughly 30% from $25.4 billion in the third quarter of 2018. All except Qualcomm and Infineon suffered either a loss or a profit decline.

These leaders had generally combined for profit increases through the third quarter since the chip industry last bottomed out in early 2016.

The downturn in smartphone sales proved crucial in the fourth quarter. Samsung Electronics posted a 36% drop in net profit on the quarter, and operating profit margin at the South Korean company's memory chip business sank 14 points last quarter to 41% on sluggish sales.

Taiwan Semiconductor Manufacturing Co., the world's largest chip foundry and a key Apple supplier, forecasts its operating profit in the quarter ending March to drop by more than 20% from the previous year.

Meanwhile, six of Japan's top electronic parts manufacturers have lowered their annual profit forecasts by the biggest margin in five years largely due to the slowing smartphone market. Kyocera, Nidec, TDK, MinebeaMitsumi, Alps Alpine and Nitto Denko have cut a total of more than 120 billion yen ($1.09 billion) off their operating profit forecasts for the year ending March 31.

In China -- the world's largest smartphone market -- total smartphone shipments decreased 10.5% on the year to 397.7 million units in 2018, U.S. research company IDC reported on Monday. The second straight annual decline exceeded the 4.9% drop of 2017 and marked the first time in five years that volume fell below 400 million.

Sluggish demand for analog chips used in the handsets dented net profit for Texas Instruments by 20% in October-December. David Pahl, a vice president of the American company, said the industry appears to be entering a slump.

The boom in data center construction also is ending. Amazon.com, which offers cloud computing through Amazon Web Services, increased capital spending by only 10% in 2018 -- a marked slowdown from 50% the year before. Intel's microprocessor sales grew over 10% in July-September, but remained flat in October-December.

Inventory is piling up as chip sales lose steam. Samsung's stockpile was equivalent to 49% of its sales last quarter, compared with just 38% a year before while the market was booming.

Semiconductor companies are cutting back on capital investment as these trends squeeze their coffers. SK Hynix is expected to spend 40% less this year than in 2018, and compatriot Samsung has postponed plans to bolster memory-related investments.