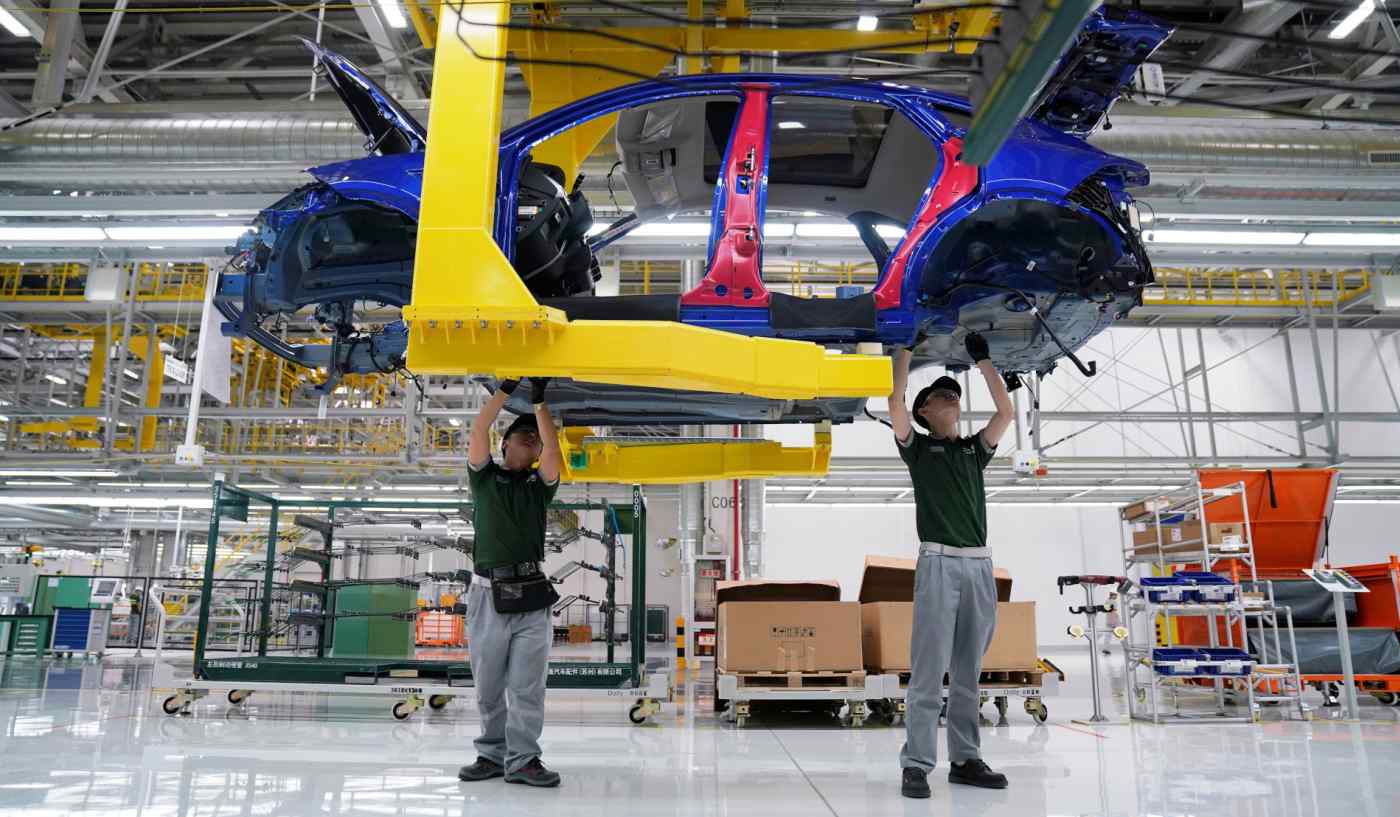 TOKYO -- China's economic slowdown is weighing on corporate earnings across Asia and around the world as businesses and consumers tighten their purse strings in a vital market.

Nikkei tallied earnings and analyst forecasts for the October-December quarter for leading companies in the U.S., Europe, China, Japan and the rest of Asia. China suffered a particularly sharp slowdown, with sales slumping roughly 30% on the year. Net profit sank 9%, marking the first decline on a quarterly basis in two years and the largest drop since April-June 2016.

Beijing's push to tackle excessive corporate and local-government debt has discouraged investment, and overall consumer spending is declining as the repercussions of the trade war hit home. With China accounting for a growing share of global demand, the slowdown has had painful consequences for a wide range of companies.

Sagging consumer sentiment is reflected in big-ticket purchases, with profit at automaker Great Wall Motor apparently falling by half.

Internet services giant Tencent Holdings is also expected to report lower profit for the quarter, due partly to new games being stuck in limbo during a monthslong halt on government reviews that ended only in late December. E-commerce companies more broadly now face legislation requiring them to register with the government and pay taxes.

China's troubles have rippled out to hit surrounding Asian markets. Net profit slumped 9% at Japanese companies and 18% at businesses in Asia excluding China and Japan. The maturation of China's smartphone market has been bad news for the many tech companies that benefited from the earlier boom. One of these is Taiwan's Largan Precision, the world's largest maker of optical lenses for smartphones, where profit tumbled 25%. Chinese smartphone shipments sank more than 10% in 2018, owing to both the economic slowdown and consumers waiting longer to upgrade.

A number of companies involved in electronic component production, including Kyocera and TDK, have cut their earnings forecasts.

Meanwhile, corporate profits kept growing in Europe and particularly the U.S., a key driver of the global economy, with gains of 4% and 15% last quarter. But both markets showed signs of flagging momentum.

American motorcycle maker Harley-Davidson was among the victims of the U.S.-China trade war, with net profit plummeting more than 90% due to Chinese tariffs, among other factors. Volkswagen, which generates 40% of its revenue in China, is also expected to report a profit decline.

Despite the overall trend, companies with unique strengths continued to perform well. Amazon.com and Facebook, along with Japan's Murata Manufacturing, Shin-Etsu Chemical and Sony, were among those reporting large profit gains. Many of these companies used their technological capabilities to boost revenue in areas where they already control a large share of the market.