GUANGZHOU/BANGKOK -- As pandemic-related curbs forced people to stay home, digital space in 2020 became the new battleground for consumers' wallets. Retailers, event organizers and others stormed the internet to livestream their offerings in the hope of transplanting a virtual face onto a domain that was once mostly flesh and blood.

A 2020 Nikkei survey of consumer trends in 11 Asian countries and regions gives a glimpse as to how this occurred.

COVID-19 forced the hugely popular K-pop band BTS to cancel its world tour. Rather than surrender entirely, the seven-member group held a two-day paid virtual concert, drawing more than 990,000 viewers from 191 countries and regions and raking in nearly $50 million.

Before the pandemic, fans who wanted to experience singers and musicians live had to traipse to packed venues. But as travel restrictions and social distancing grounded tours, BTS took their high-flying act online. Indonesian idol group JKT48 held an interactive virtual event connecting fans with members. The event won new fans outside big cities as well as overseas. Of course, devotees could not shake hands with the group but were able to chat with members via Zoom.

E-commerce skyrocketed in Asia. The pandemic turned retail on its head as people could not -- or preferred not to -- go shopping in brick-and-mortar stores. 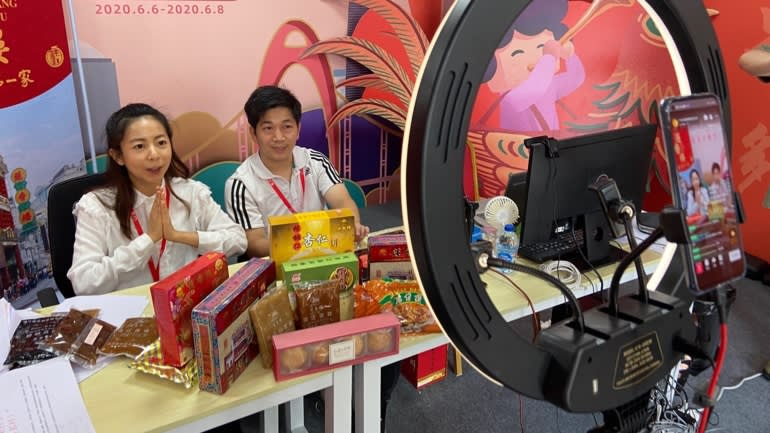 In China, "live commerce" -- the convergence of e-commerce and livestreaming -- became the new skirmish zone for online shopping. In addition to Alibaba and other internet giants, TikTok and other short video apps participated in the fight. Some internet "influencers" logged nearly $100 million in transactions on Alibaba's Singles Day shopping spree.

While remote workers in Singapore started buying office chairs for their homes, food delivery services from Singapore-based ride-hail Grab and others took root in the Philippines. Even fishmongers in Malaysia got hooked on livestreaming, hawking their catch of fresh seafood directly to consumers online.

Meanwhile, numerous Asians decided to travel in-country for stress release, rather than venture abroad. About 5 million Taiwanese visit Japan annually, but this year many headed for remote islands at home. The Penghu Islands in western Taiwan were among the most popular tourist destinations because crossing the sea made travelers feel like they were headed overseas. Tourists to the islands more than doubled this year compared with a year before, said a spokesperson for Taiwan agency Lion Travel.