Sixteen MBA programs in the global top 100, China's CEIBS at No. 8 TOKYO -- As Asia has grown to become the key driver of the world economy, the need for top-tier management talent has grown along with it. The region better positioned than ever meet that demand, as shown in the latest Financial Times' MBA ranking published Monday.

Sixteen business schools in Asia made the top 100 list, the largest number since the rankings began. Seven are in China and Hong Kong, four each are in India and Singapore, including Franco-Singaporean Insead, and one is in South Korea.

Although Insead fell out of the top spot for the first time in three years, dropping to second place in the table, half the 16 Asian schools climbed in the ranking. The most notable improvement was the entry into the top 10 of the China Europe International Business School in Shanghai, or CEIBS.

Rising from 11th place last year, CEIBS ranks eighth in 2018, holding on to the top spot for a business school founded in Asia. It's the second time for CEIBS to make the top 10. 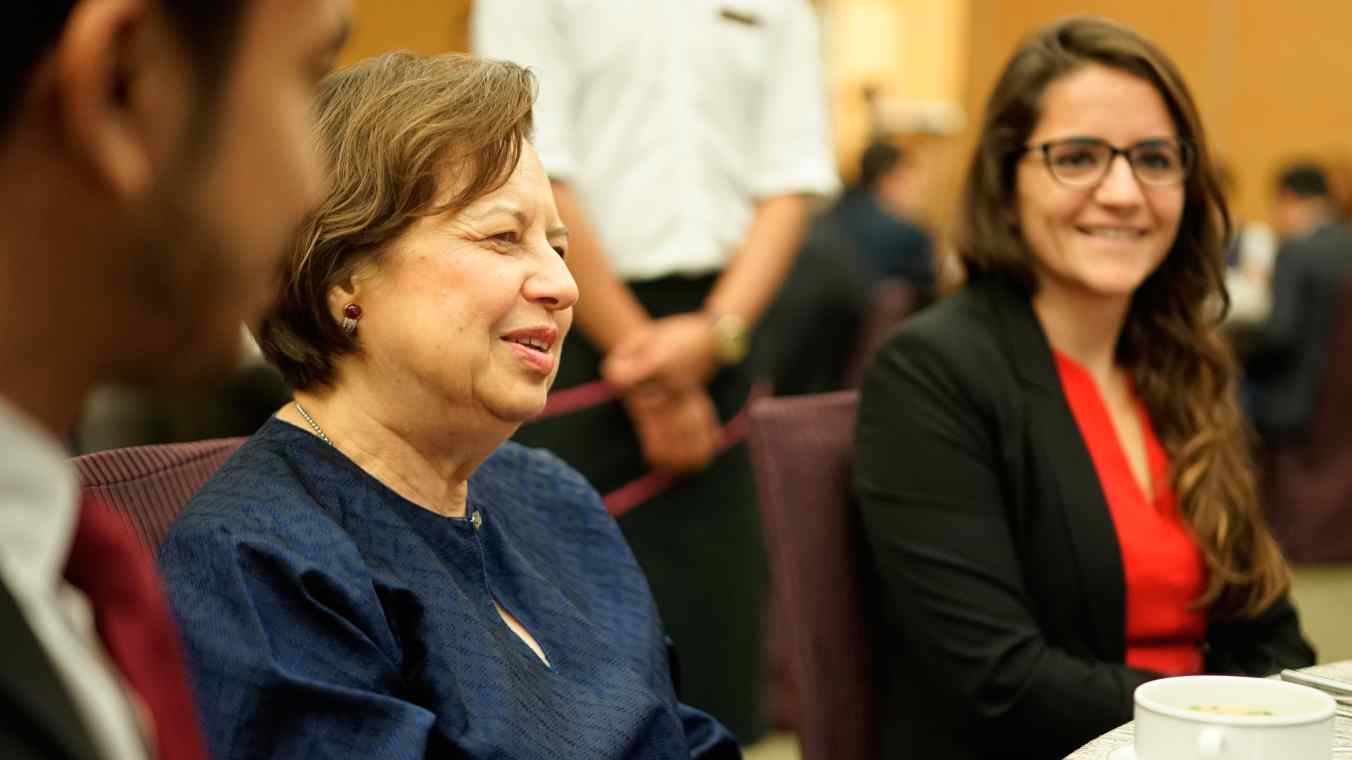 CEIBS was co-founded by the Chinese government and the European Union in 1994. Over 60% of its faculty come from abroad. Recently the school announced the hiring of former French Prime Minister Dominique de Villepin as a distinguished professor. Starting in the spring, de Villepin will lecture on diplomacy and global economic competition.

CEIBS specializes in China. Its case studies and consulting projects with companies in the country offer students a deeper understanding of a unique and rapidly emerging market with a very different business culture from that of the West. "The CEIBS MBA is offered from our Shanghai campus, and the city itself, China's economic capital, is an amazing classroom where students have a ringside seat from which to observe and experience how business is done in China," said CEIBS associate dean and MBA director professor Juan Fernandez.

CEIBS graduates' average salaries are the lowest among the top 10 schools, worth about 24% less than the average for top-earning Stanford alumni. But the boost to their salaries that CEIBS MBA graduates receive, at 168%, is far higher than other schools in the top 10. The No. 2 school based on that criterion is the University of Chicago Booth School of Business. The sixth-ranked school overall delivers an average pay increase of 118%. "Almost 95% of MBA students who graduated in 2017 accepted job offers received, with a salary increase of over 100%," said Fernandez. "Among them, 66.2% found jobs through the school's resources and 78.1% of international students are working in the Asia-Pacific region." The high salary premium for MBA graduates is a common characteristic of business schools founded in mainland China. As Chinese companies grow more sophisticated, demand for MBA holders is rising, pushing up the value of a degree. Shanghai Jiao Tong University's Antai College of Economics delivered a 182% average pay increase for MBA graduates, topping the list of 100 business schools in the ranking.

Hong Kong University of Science and Technology Business School secured the 14th spot in the global ranking, third in Asia, second among Asia-founded schools. "Located at the doorstep to the Mainland China market, with a culture of East meets West, HKUST MBA program delivers unique learning experiences with both international and Asian perspectives," said a school spokesman. "Our alumni can benefit from lifelong learning through alumni audits on electives that hit the market trends such as Fintech and entrepreneurship."

Globally, Stanford Graduate School of Business regained the No. 1 spot after a six-year absence. The  University of Pennsylvania's Wharton School came in third, followed by London Business School and Harvard Business School.

* Insead was founded in France in 1957, but now Franco-Asian with a campus in Singapore since 2000