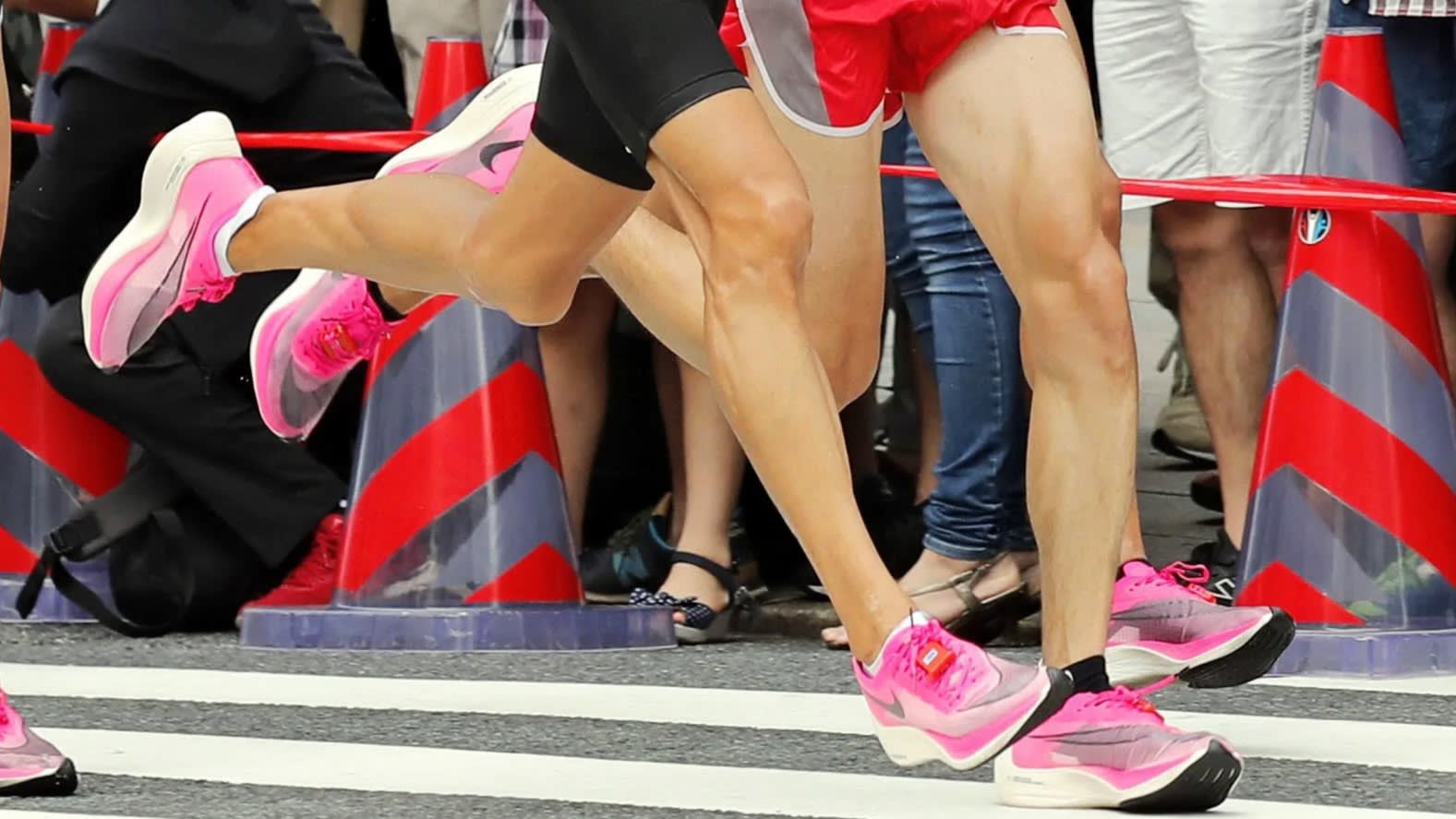 OSAKA/TOKYO -- Reports that Nike's record-breaking Vaporfly running shoes may be banned by World Athletics gave the stocks of rival Japanese brands Asics and Mizuno a leg up on Thursday.

Nike's Vaporfly shoes have thick soles with a carbon fiber plate. They have drawn close scrutiny since runners such as Kenya's Eliud Kipchoge and Japan's Suguru Osako set record times while wearing them in 2018. Critics say the construction of the shoes creates a spring effect that gives wearers an advantage.

World Athletics, the international athletics governing body, is reportedly leaning toward a ban.

Athletic shoes accounted for more than 80% of Asics' revenue of 386 billion yen ($3.5 billion) in 2018. The company's stock had a slow start to 2020, with investors wary of competition from Nike. The U.S. brand's shoes featured prominently in the annual Ekiden university relay race, which attracts large audiences in Japan over the New Year's holidays.

Now Nike may be on its back foot, though Masami Nakagawa, a senior analyst at Iwai Cosmo Securities, cautioned that it is too early to gauge the impact of the possible ban on market share and sales.

"A ban for competitions would not stop general consumers from wanting to buy Nike products," she said.

The Nike-sponsored runner Osako, meanwhile, has expressed frustration with the uncertainty over the Vaporfly. "Whatever it is, please make the decision fast," he wrote. "We athletes just run, doing the best we can with what is available."

Runners training for this year's Tokyo Olympics need to know, sooner rather than later, what they will be allowed to wear on their feet. The women's and men's marathons, which were moved from Tokyo to Sapporo due to heat concerns, are scheduled for Aug. 8-9.