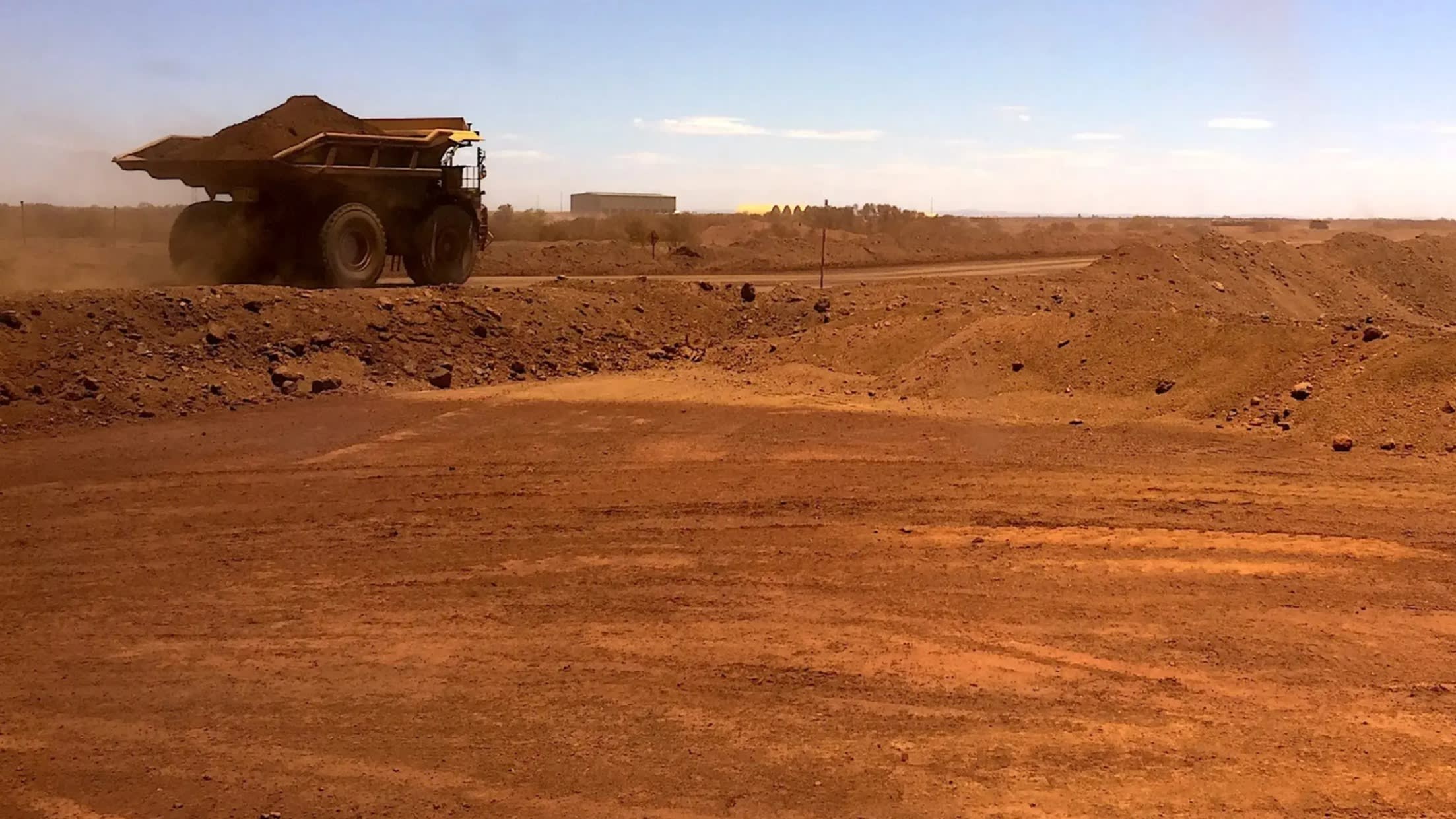 SYDNEY -- Miners in Australia are ramping up output of the raw materials that underpin lithium, a key ingredient in electric vehicle batteries, with hefty backing from Chinese producers. Demand for the soft, silvery metal is expected to surge, but with so many lithium projects underway at once, some are warning that the industry is only a few years away from a supply glut.

The rocky outcrops of Western Australia's Pilbara region 1,500 km north of Perth are one of the few low-cost sources of lithium in the world -- apart from hard-rock spodumene mines in Australia, the other major source is lithium-rich brine deposits in the salt pans of South America.

Pilbara Minerals is among those expanding production in the remote, blisteringly hot Pilbara region. The company said it aims to produce 850,000 tons of lithium-bearing spodumene concentrate a year at its mine site in Pilgangoora by early 2020, which will put it "firmly on track to become one of the world's major lithium raw materials producers," according to chief executive Ken Brinsden.

Another Pilbara Minerals stakeholder and customer, South Korean steelmaker POSCO, has agreed to take more spodumene concentrate and potentially expand its lithium chemical conversion plant in South Korea from an existing 30,000 tons a year of lithium carbonate equivalent to 40,000 tons. 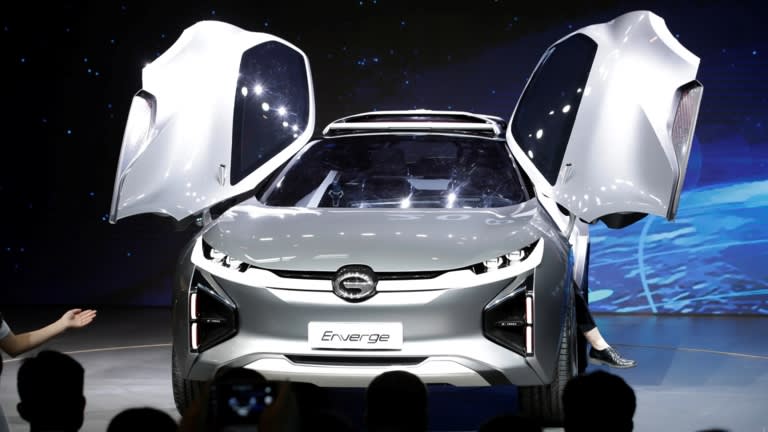 A separate China-focused lithium project in Pilgangoora operated by Altura Mining shipped its first concentrate to its off-take partner, Chinese battery materials processor Lionergy, in October 2018. The following month Altura signed an off-take agreement with Ganfeng to supply a minimum 70,000 tons of concentrate a year from 2019 to 2021.

In December, Australian miner Mineral Resources agreed to sell a 50% stake in its lithium project in Wodgina to leading U.S. lithium company Albemarle for $1.15 billion. By the end of this year, the two companies aim to be producing 750,000 tons a year of lithium spodumene concentrate a year for export. Eventually they aim to use the concentrate as feedstock for a lithium hydroxide plant they plan to build at Wodgina.

Albermarle also has a joint project with Chinese heavyweight Tianqi Lithium. The U.S. company holds a 49% stake in Talison Lithium's massive mine in Greenbushes, 250 km south of Perth, which exports 350,000 tons of lithium products a year. Tianqi, which holds the remaining 51% stake, said six months ago that it would go ahead with a A$516 million investment to double the mine's annual output of chemical-grade lithium concentrate by the end of 2020.

Tianqi plans to use its share of the Greenbushes output to produce lithium hydroxide at a 48,000-ton plant it is building at nearby Kwinana, while Albermarle has separately won environmental approval for a proposed A$1 billion lithium hydroxide plant south of Perth that will use concentrate from the mine.

The catalyst for these and other recent deals is what lithium industry expert Joe Lowry calls the "tipping point for electromobility" -- mainstream automakers getting serious about electric vehicle production, in response to consumer interest whetted by Tesla and Chinese makers.

Lowry, president of U.S. consultancy Global Lithium, believes the lithium growth story is still in its infancy as the rush to an electric transport future gathers pace. Three years from now, he expects that demand will have more than doubled from last year's figure of about 250,000 tons of lithium carbonate equivalent to 520,000 tons.

The flip side of this rosy demand story is the reality of the supply side: a small-scale industry struggling with supply quality, volatile demand, opaque pricing, chemical and technological challenges, and quixotic mining regulations.

Each of them has operations in either of the two main supplier regions, South America and Australia, or in the main processing country, China. According to Lowry, Livent's "world-class asset" in Argentina makes it the industry's lowest-cost producer of both lithium carbonate and lithium chloride.

South American brine deposits have been regarded as the most economical source of raw material for lithium carbonate, while Australian hard-rock spodumene is viewed as a good source for the more valuable lithium hydroxide, which can command a premium of up to $2,500 per ton over carbonate. 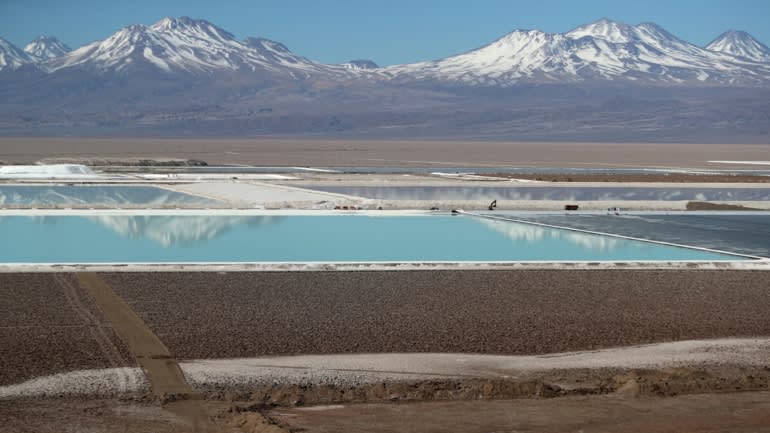 These brine pools are part of a lithium mine owned by Albermerle in the Atacama salt flats of Chile.   © Reuters

After volatility in the China spot price in 2018, there has been concern that prices in the broader lithium industry are about to crash. Lowry is adamant this will not happen in 2019, noting that much of the lithium carbonate sold outside of China is priced "well above" $12,000 to $14,000 a ton.

"I believe that global average pricing may moderate slightly down to $12-14/kg by the end of 2019, but pricing could rise again from that level," he told the Nikkei Asian Review.

"I expect the supply-demand situation to be relatively tight for at least three to five years, based on a steeper demand growth curve in 2021 and beyond," he added. He identifies a lack of investment in high-quality supply as the industry's biggest potential challenge.

It is a view shared by London-based Benchmark Mineral Intelligence, which says that while big energy companies and automakers have been looking at lithium for years, 2019 could well bring some "big decisions" that change the structure and scale of the industry.

Benchmark said earlier this month that 2015-2018 was "phase one" in building a lithium-to-electric vehicle supply chain. "We are now in phase two of lithium's journey from niche to mainstream where the big fish are no longer SQM, Ganfeng Lithium, Albemarle and Tianqi, but Shell, BP, Saudi Aramco, VW, Toyota and General Motors," it said.

Others, however, are warning of an eventual supply glut.

Moody's Investor Services warned in late November that even with high levels of electric vehicle growth, the buildup in lithium supply will result in surpluses in the early 2020s. It said this will weigh on spot prices, though major producers will be protected by long-term deals.

"Lithium markets will be oversupplied, particularly in the 2020-2022 time period when we expect a heavy concentration of new mine and conversion start-ups, even with obstacles to new supply and assuming a 30%-40% haircut to announced capacity," Joseph Princiotta, vice president and senior credit officer at Moody's, said in a Nov. 28 report.

The wave of Australian lithium projects shows no sign of slowing in 2019. In addition to its stakes in Pilbara Minerals and Altura Mining, Ganfeng owns half of the large Mount Marion lithium mine near Kalgoorlie. The other half is owned by Mineral Resources.

The deal-making extends beyond Australia. In December, Tianqi bought a 24% stake in Chile's SQM for about $4 billion from Canadian fertilizer company Nutrien.

ASX-listed Galaxy Resources, which runs the Mount Cattlin lithium mine 500 km southeast of Perth, sold its Salar del Hombre Muerto lithium tenement in Argentina for $280 million to POSCO in August last year. It said it will use the funds to help develop its rich Sal de Vida lithium brine project, also in Argentina.

SQM, meanwhile, has its own Australian connections, via a 50% stake in the Earl Grey lithium project at Mount Holland, 400 km east of Perth. SQM and operator Kidman Resources aim to start construction later this year and plan to ship concentrate to a new 45,000-ton-a-year lithium hydroxide refinery at Kwinana. Kidman has signed off-take agreements with Tesla and Japanese trading house Mitsui.