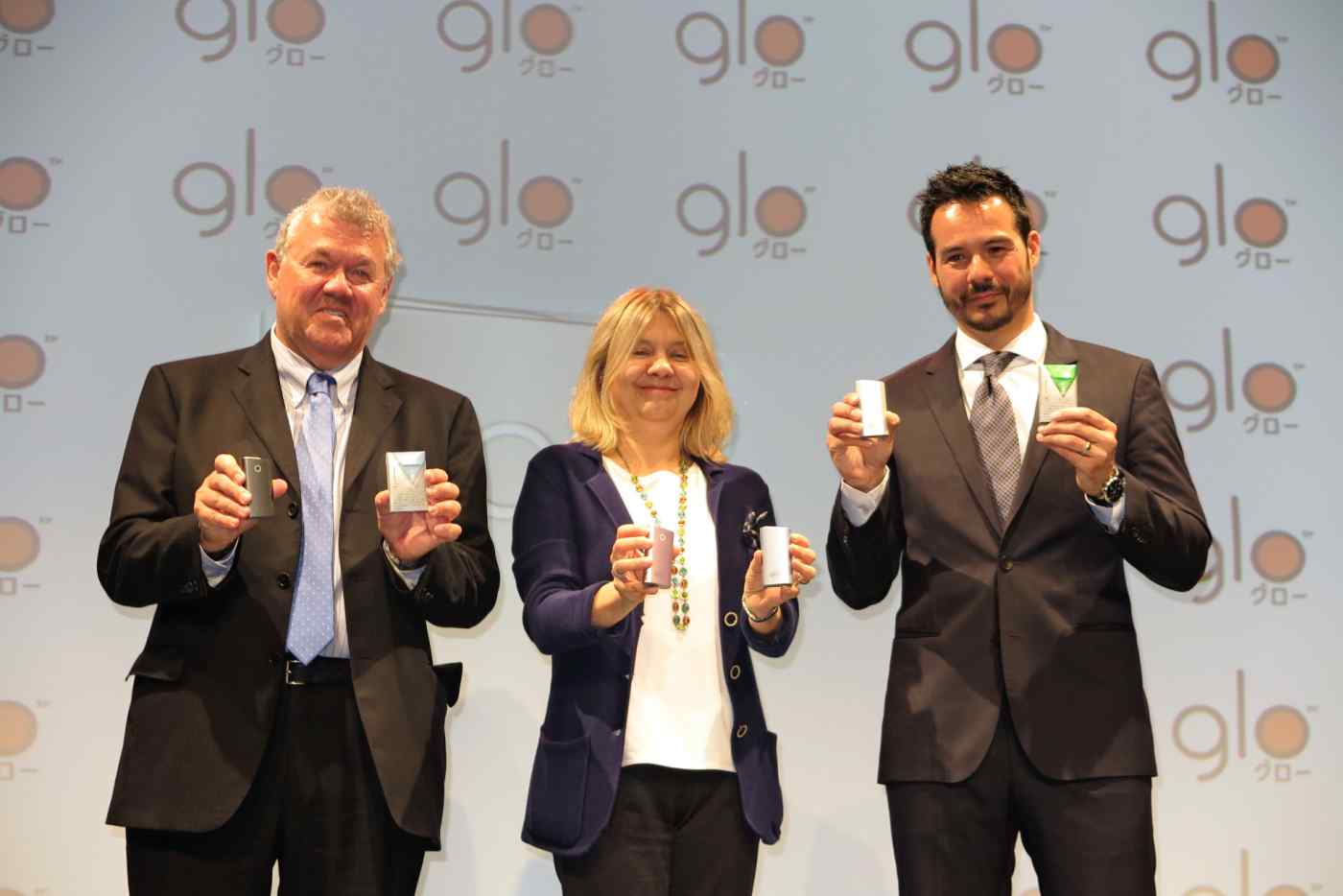 TOKYO -- British American Tobacco plans to release its heated tobacco device here in July, upping the ante in the early battle for market share among makers of next-generation tobacco devices.

The U.K.-based company's "ambition is to be a leader in next generation-products in Japan," BAT Japan President Roberta Palazzetti told reporters here. BAT's Glo heated tobacco device will be sold in at least 13,000 stores in Tokyo and Osaka beginning July 3. Palazzetti described Japan as the first battleground for heated tobacco products because the nation's consumers are highly receptive to innovation. Products like Glo do not burn the tobacco but heat it, reducing the smell and harmful substances.

The company tested Glo at 600 stores in the northeastern city of Sendai beginning in December. Including demand for paper cigarettes, Glo's market share in Sendai reached 7.6% in mid-May, Palazzetti said. The strong performance spurred BAT to go for nationwide sales within the year.

Yet BAT faces a tall task to catch U.S.-based Philip Morris International, which is far ahead of the competition. Philip Morris was the first to release its heated tobacco device, the iQOS, opening eight specialty shops last April in Tokyo, Osaka, Nagoya, Hiroshima and elsewhere. Sales totaling 3 million units, among Japan's roughly 20 million smokers, give the company a share of about 90% in heated tobacco products, a position virtually unchallenged until now.

Japan Tobacco also gained a head start on BAT, preparing to begin sales of its Ploom Tech device in Tokyo at the end of June. The product previously was available only in Fukuoka city and online, but JT plans to roll out the device nationwide in the first half of 2018.

These tobacco leaders, ranking second through fourth in global market share, have two reasons for descending upon Japan starting with Tokyo. As the traditional paper cigarette market shrinks, the industry hopes for a savior in next-generation products like heated tobacco -- which research firm Euromonitor expects to be a $16 billion market worldwide in 2020. But also, as tobacco use shifts toward devices, "the nature of the business will change," said Masashi Mori, an analyst at Credit Suisse Securities. Product performance and maintenance for the devices will expand the industry to new areas.

Philip Morris says it will replace all of its paper cigarettes with iQOS devices, determined to replicate its success in Japan worldwide. Early battles in Japan among these three rivals could determine the future of the tobacco industry globally.