World's second-largest garment exporter learns to express itself with clothing 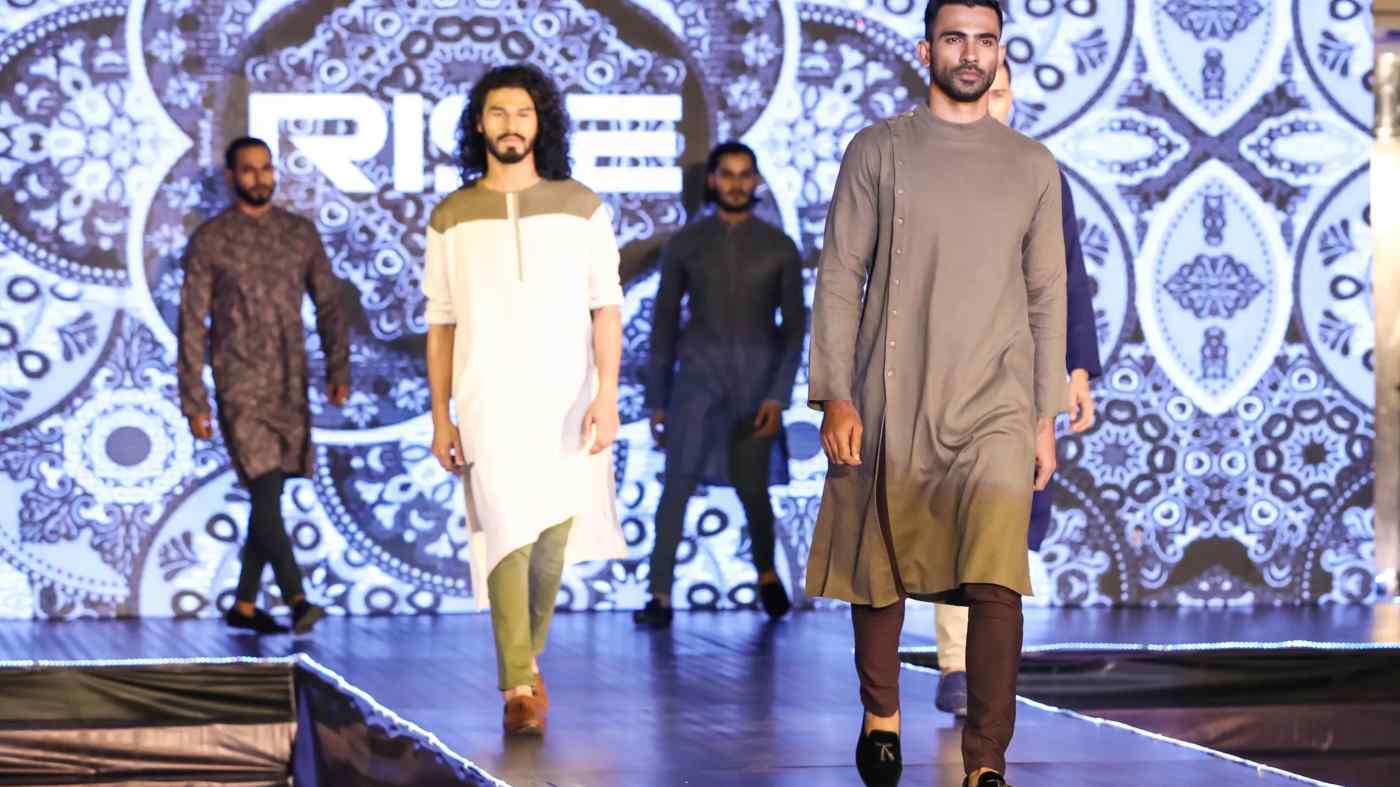 NEW DELHI -- The world's second-biggest apparel exporter is now home to fashion labels of its own.

Bangladesh can chalk up this turn of fortunes to stable economic growth. The country's gross domestic product has been on a yearslong winning streak. In the 12 months through June, it grew at a 7.86% clip. Per capita GDP doubles every seven to eight years, with the figure now standing north of $1,700.

The robust growth is no mystery. Only China exports more garments. If China is the factory of the world, Bangladesh is the tailor. Apparel makes up more than 80% of Bangladesh's total exports -- with the value of those exports having doubled in the past eight years -- and the sector is now beginning to cater to the tastes of domestic consumers.

One evening in early December, the balconies looking down to the first floor of Jamuna Future Park, one of the country's largest shopping malls, in Dhaka, were packed with shoppers gazing at a fashion show.

The first half of the one-hour show featured models wearing long skirts and Punjabi styles inspired by traditional costumes. Models clad in denim, T-shirts and other casual threads took the floor during the final 30 minutes.

The show celebrated the opening of the fourth store of Bangladeshi apparel brand Rise. 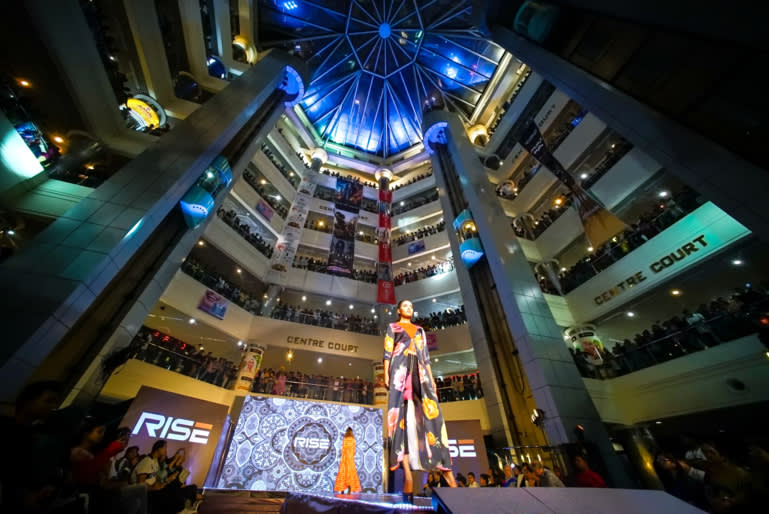 The Bangladeshi fashion label Rise proves that it can draw a crowd of domestic consumers with its mix of traditional Punjabi styles and modern streetwear. (Photo by Akira Kodaka)

"We take streetwear inspirations [from] all over, adding Bangladeshi traditions, Bangladeshi culture, Bangladeshi nationalism," said Faheem Mosharraf, the 33-year-old chief executive of Rise, which opened its first store a year and a half ago. "And we integrate [them] into fashion."

Rise sells T-shirts with English wording like "Unity," "Equality," "Home is Dhaka" and "Dhaka made me." "I'm just giving what I like, what I see as a fashion trend based on my inspiration," he said the day after the show. Faheem said he hopes Bangladesh's young generations have the same kind of nationalistic pride as their elders. "I want people be a part of Bangladesh," he said.

Bangladesh is better known for stitching together ready-made garments for Western brands. It ships around $30 billion worth of clothes a year. And Faheem himself is a symbol of how the apparel industry has helped Bangladesh grow up.

He is the son of Mosharraf Hussain, managing director of Standard Group, a contract manufacturer that makes clothing for well-known Western brands like Gap, Zara and Tommy Hilfiger.

But he found little happiness in an industry that relies on foreign labels. He wanted to do everything -- choose materials, design clothes, do branding work, make production decisions and step into retail.

"People still buy from Amazon," Faheem said. "People still bring [in fashions] from abroad. People always want to buy foreign brands. But we can still do it all here, too," he said. "Instead of looking outside, look inside, look at home. We have so much here."

Another Bangladeshi meeting domestic demand for clothing is Shahzaman Mozumder. The founder of Dapper Bespoke entered the apparel industry in 2015 after working in the Bangladeshi offices of IBM and Dell.

In 2011, Shahzaman began blogging about fashion. He is now considered an authority on the subject and has a large following on social media.

He is also a popular as a war hero. He was awarded the "Bir Protik" medal, the nation's fourth highest gallantry honor, for his conduct during the country's 1971 war of independence against Pakistan.

During one battle, he was among 120 freedom fighters who used MG42 German machine guns to stop Pakistani troops. While under fire he rescued a fallen comrade.

"I had been fighting with him in the same trench," Shahzaman said. "How can I leave him? So, I helped him. People thought it was very brave, but it was nothing to do with bravery. I just carried him out and sent him to a hospital."

Nearly half a century has passed since the war of liberation, and this past spring the United Nations released a forecast saying Bangladesh should be removed from the U.N.'s list of least developed countries by 2024.

For Bangladesh to smoothly attain the next stage of development, it must boost domestic demand and nurture industries that can meet rising consumption. The country's apparel industry is already beginning to play that role.