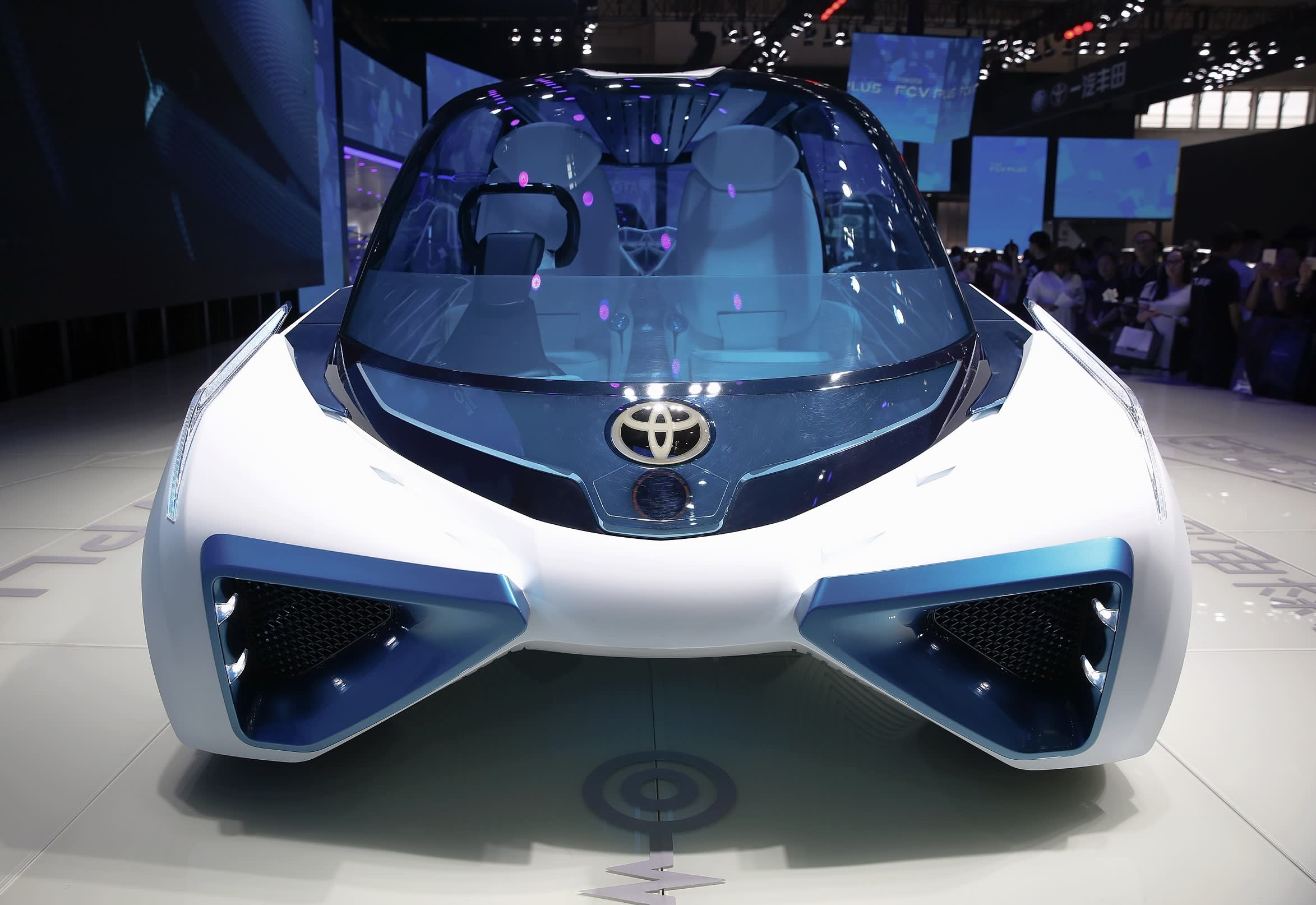 Toyota, which developed this fuel cell concept car, is part of a group pushing to open hydrogen stations in Japan.   © Reuters
Business trends

TOKYO -- Fuel cell cars are few and far between. Only about 2,000 are roving around Japan, and hydrogen stations are lucky to see a couple of vehicles a day. But this has not stopped Toyota Motor and 10 other Japanese companies from betting on the technology through a new partnership.

Consider it a salvo in the battle to determine the transportation power source of tomorrow. On the other side? Batteries. The outcome could decide what direction other industries go in their shift away from fossil fuels.

Signatories to the 2016 Paris climate accord are working toward their emissions reduction targets, and replacing gasoline and diesel vehicles with cleaner alternatives will be essential. The U.K. and France have declared they will halt sales of fossil fuel-burning cars by 2040, while China and India are also keen to restrict the vehicles.

But what will be the "post oil" energy source of choice?

Toyota and its partners, which also include JXTG Nippon Oil & Energy, aim to make the case for hydrogen. Earlier this month they set up a joint venture, called Japan H2 Mobility, with the goal of building about 80 hydrogen stations by March 2022.

Their plan jibes with the government's goal of having 160 hydrogen stations running by 2020, up from 92 today. The existing stations were set up separately by energy players like JXTG and Iwatani; the hope is that an alliance of globally competitive energy and auto companies will get things rolling. Electric and hydrogen cars have their pros and cons, but at this point, electrics have a big lead.

In Japan, electric car ownership came to about 90,000 vehicles in the year through March 2017. More than 20,000 charging points are available nationwide, including at supermarkets and other commercial facilities. The potential behind the hydrogen hype

Setting up a hydrogen station typically costs 400 million to 500 million yen ($3.75 million to $4.69 million). Even though the government has extended subsidies equivalent to half the cost, the expense is still hard to swallow when, as a JXTG executive said, stations "sometimes have just one or two cars come in per day."

But hydrogen cars have the edge in range. They can run 700km to 800km per refill, while electric cars generally travel 300km to 400km per charge.

Plus, hydrogen refueling takes about three minutes, while an electric recharge requires about half an hour.

To help promote both technologies, the government is looking to revise fire safety regulations to make it easier to set up electric charging and hydrogen refueling points at regular gas stations. Current rules require the points to be installed about 10 meters away from a gas pump, limiting the options for smaller stations.

Of course, when it comes to overall supply infrastructure, electricity is far more advanced than hydrogen. Drivers can simply charge their electric cars at home. The production infrastructure for hydrogen, meanwhile, remains insufficient to achieve a cost-effective, stable supply.

That might change if promising innovations come to fruition. One idea is to use surplus solar power to extract hydrogen from water through electrolysis. Another is to produce hydrogen from brown coal. Still, it is unclear how affordable these methods would be.

For now, electric cars have the momentum -- and investors' attention. Companies are pouring money into battery technologies to improve performance, at least to the point where per-charge range is competitive with hydrogen fuel cells.

But Japan is not giving up on the hydrogen dream. The government wants to spread the technology ahead of other countries, creating a "hydrogen society" and using the 2020 Tokyo Olympics as a showcase. This, Japan hopes, will open up export opportunities.