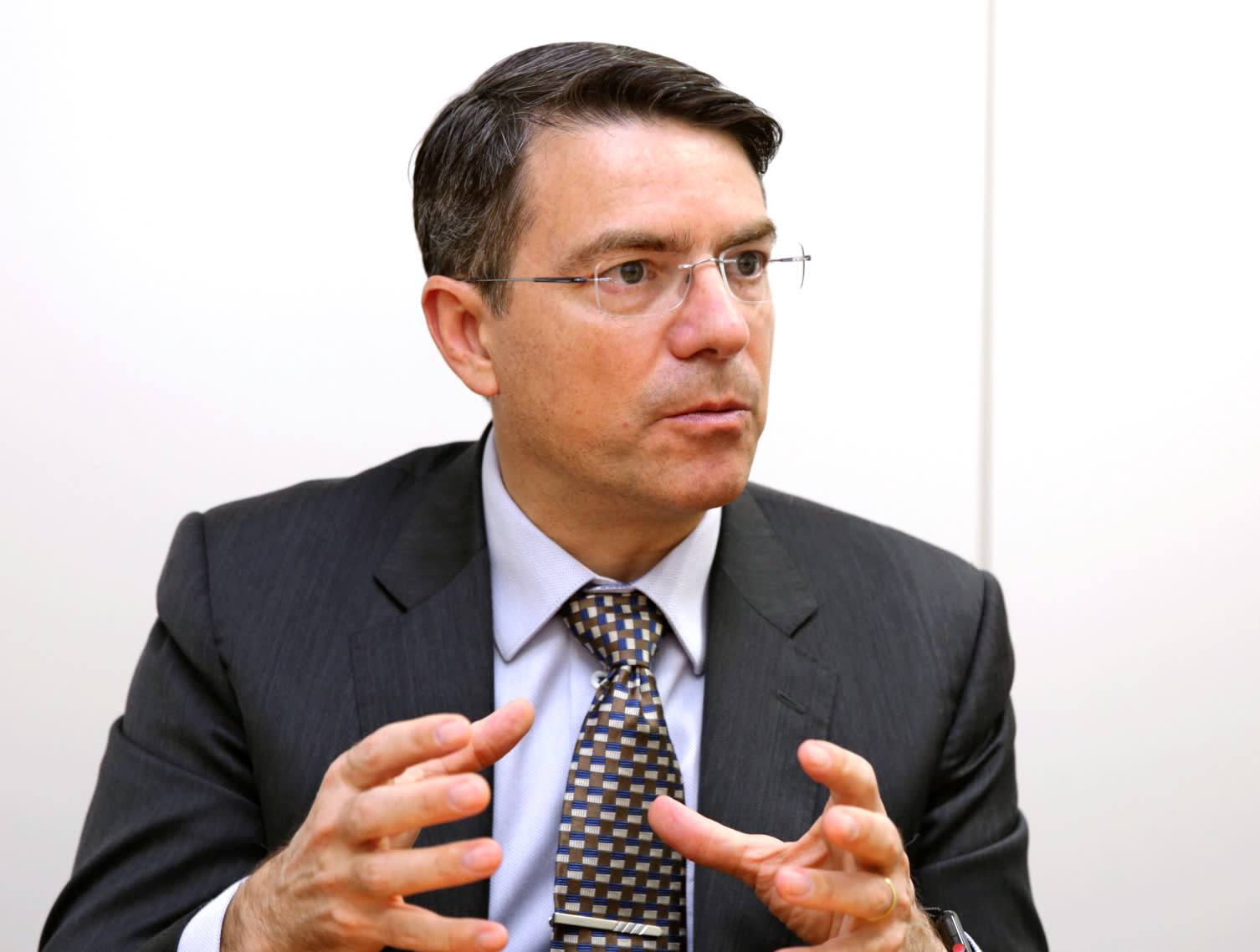 TOKYO -- Financial data and chat startup Symphony looks to make Asia the next front in its war on industry leader Bloomberg, sensing strong opportunities in growth markets such as China and India as well as outside the financial sector.

Symphony Communication Services launched in 2014, backed by a consortium including some of the biggest names in American finance such as Goldman Sachs and Citigroup. Google and others joined later, handing the company a hefty $230 million in capital. Venture capital research firm CB Insights estimates Symphony's worth at $1 billion.

The Symphony platform, combining cloud-based messaging and communications with financial news and data from providers such as Dow Jones and Thomson Reuters, is used by over 250 companies and 240,000 people, many of them in the U.S. financial sector. By integrating chat and information services, Symphony "increases productivity and decision-making speed for the users," CEO David Gurle told the Nikkei Asian Review during a recent visit to Tokyo. When a user mentions a company's name in a chat, the system automatically compiles public and internal data such as the stock price, eliminating the need for a separate search.

Gurle's 2012 startup Perzo, an instant messaging platform, forms the heart of Symphony today. The CEO has a long record of developing communications services at companies including Thomson Reuters, Microsoft and Skype, but Gurle eventually realized he "wanted to make a more open, collaborative platform," and set out on his own.

Bloomberg's "increasing price is one of the main reasons more people are choosing our product," Gurle said. "It is passe -- and no longer suitable -- to provide all these functions like financial data, news service and messaging all in one price."

Bloomberg, on the other hand, last year began offering some users an add-on chat feature for just $10 a month.

With many enterprise chat tools on the market, "one of [Symphony's] biggest strengths is information security and data protection," Gurle said. Communications are encrypted from end to end and viewable only with encryption keys owned by the customer, guarding against security risks during transmission.

"There are now many new team collaboration services," he said, "but I would like to make it clear that our platform is much more secure."

With Symphony's foothold in the U.S. increasingly secure, "we are now looking to expand our presence in Asia," Gurle said.

After being selected to serve on an advisory panel of financial technology experts established by the Monetary Authority of Singapore, Gurle relocated to the city-state in January 2017. He plans soon to move his base of operations to Hong Kong, where Symphony also has offices.

Symphony opened a Tokyo office in November and looks to debut a Japanese version of its platform in 2018.

Gurle said "most of our users are from the U.S. market, followed by Europe, which is around 20-25% of the total." Asia accounts for about 20% of the customer base, a percentage the company hopes to increase.

"We are planning to enter the fast-growing Indian and Chinese markets," he said. Symphony also aims to extend its reach outside finance, eyeing users in the insurance and medical sectors as well.

All the while, Symphony is steadily expanding the offerings on its platform, working to incorporate next-generation technologies such as artificial intelligence. Through a process known as deep learning, "our platform will be trained to understand what the users are discussing and automatically bring in relevant information for them," Gurle said.

The company hopes such advancements help cement Symphony as the new industry standard.