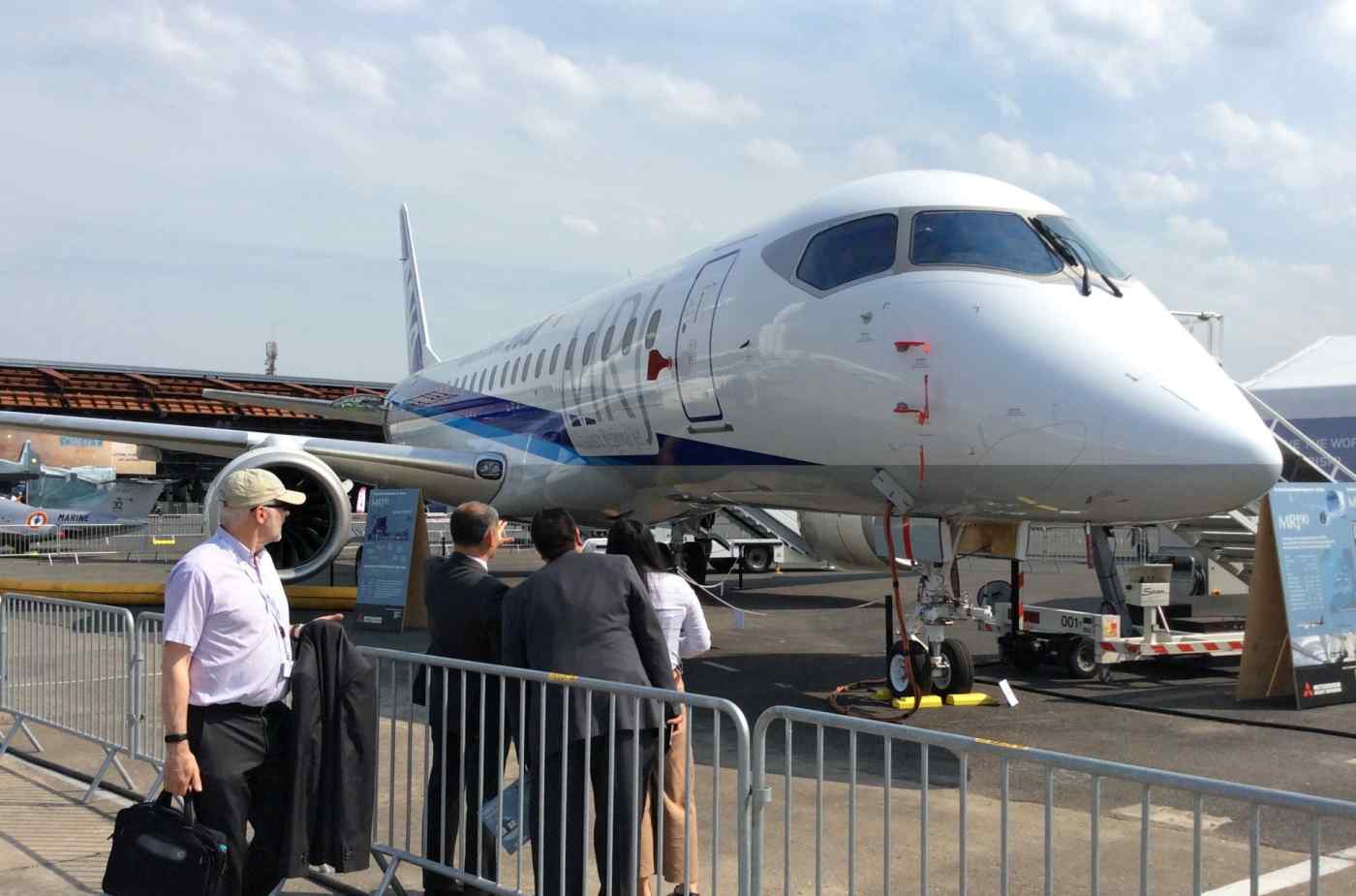 TOKYO -- The archrivalry between Boeing and Airbus has entered a new battleground, with both aircraft makers making inroads into smaller passenger jets. This bodes ill for Mitsubishi Regional Jet, Japan's first regional aircraft, which plans to debut with 70- to 90-seaters in 2020.

On July 1, Airbus bought the regional jet business of Canadian peer Bombardier, which specializes in 120- to 140-seaters. Four days later, Boeing announced plans to absorb the comparable business of Brazil's Embraer, which offers 70- to 130-seaters.

Traditionally, Boeing and Airbus had stuck to larger 100-plus seaters and left smaller aircraft to Bombardier and Embraer. However, with forecasts showing smaller jets looking to grow the fastest in the coming years, the giants have shifted strategies in order to cement their leads in the industry.

It is a worrying trend for Mitsubishi Aircraft, the company behind the Mitsubishi Regional Jet, or MRJ. Most concerning is the existing partnership contract that it has with Boeing. The partnership tasks the American company with delivering MRJ parts to client airlines, as well as assisting in inventory management and providing services at regional airports on behalf of Mitsubishi.

"The partnership with Boeing is essential," said Hisakazu Mizutani, president of Mitsubishi Aircraft. The regional jet business that Boeing acquires from Embraer is a direct competitor of the MRJ. Shareholders of Boeing and Embraer may take issue with assisting a rival.

Mizutani said he was relieved to hear from a Boeing executive he met in June that the company can "promise" that full support will continue. "We want to continue our good relationship," the Boeing executive told Mizutani at an industry event in Sydney.

But the strategies of Boeing and Airbus cast a shadow on MRJ's next phase of development. The two giants seek to deepen relations with airlines by offering small planes first, and then encouraging them to upgrade to larger planes.

If so, it could become increasingly difficult for Mitsubishi to develop its own larger models in the future.

As the MRJ prepares for its long-anticipated debut after many delays in development, drawing up a growth path in the crowded market is no easy task.