Brewers move upmarket in China as thirst for beer wanes 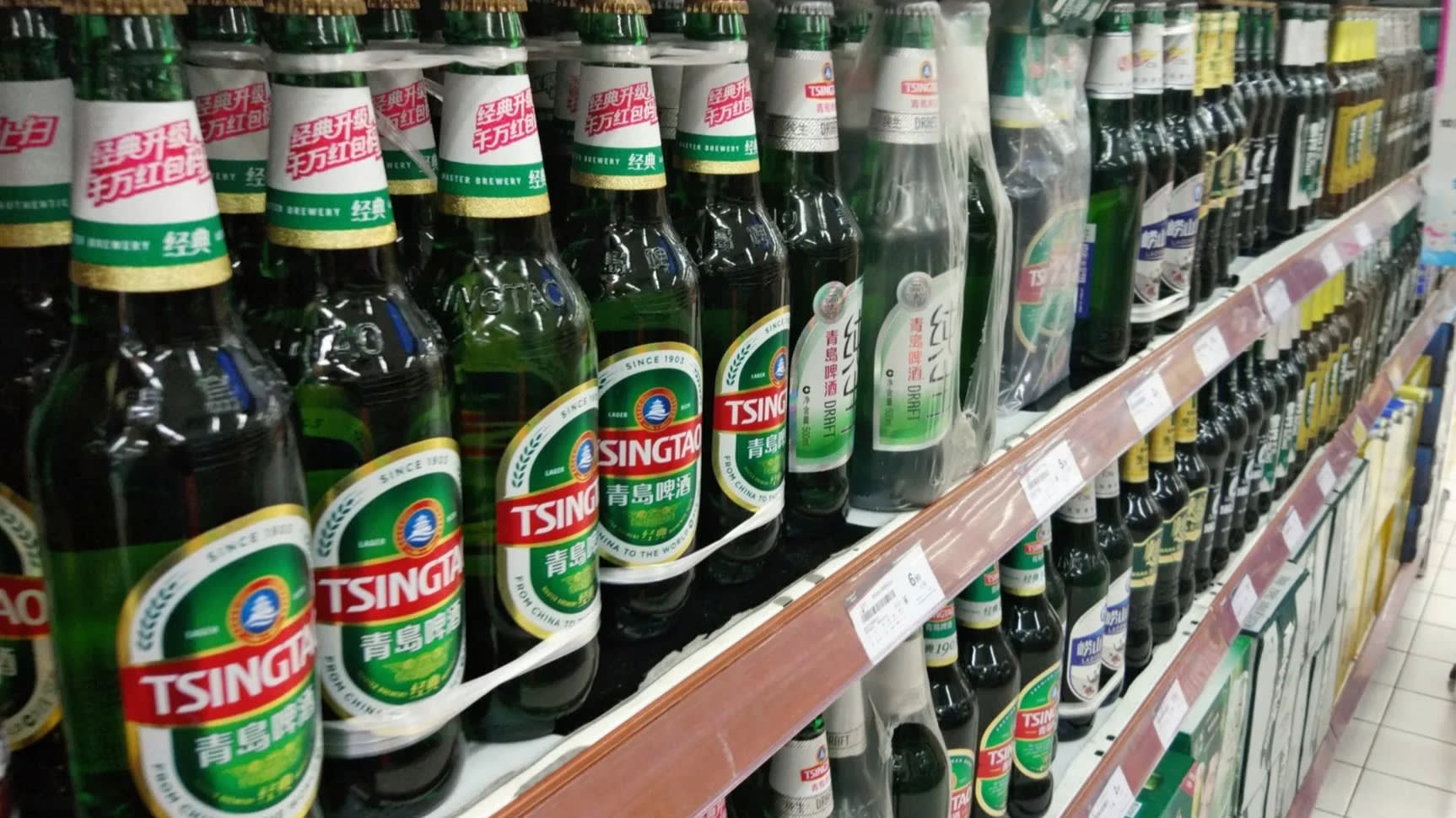 In China, the world's largest beer market, China Resources Beer is the top player, followed by compatriot Tsingtao Brewery and Belgium-based AB InBev. The value of beer sales in the world's most populous country is surging due to the growing popularity of premium products.

China Resources Beer has formed an alliance with Netherlands-based Heineken, the world's second-biggest brewer, and has started selling Heineken brand products exclusively. Tsingtao Brewery has fired up a new production line at a plant in the northeastern city of Qingdao.

AB InBev, meanwhile, has applied to list its Asian subsidiary in Hong Kong as it tries to expand its footprint in the Chinese market.

China Resources completed its capital tie-up with Heineken at the end of April, with the Dutch company buying a 40% stake in the Chinese brewer's parent, for 24.3 billion Hong Kong dollars ($3.1 billion).

In exchange, China Resources took over Heineken's operations in China. The move is part of its effort to cultivate the premium beer market in the country. China resources has grown rapidly by selling its mainstay Snow brand and other products cheaply. But this has hurt its image with China's increasingly sophisticated drinkers.

When China Resources launched a high-priced brand of its own, it intentionally left off the company's name. The alliance allows the Chinese brewer to produce and market products exclusively in China under the well-known Heineken brand.

China Resources exports to Southeast Asia and Australia, but exports account for less than 1% of the brewer's total sales. Although the brewer plans to boost overseas shipments using Heineken's sales network, it will give top priority to lifting domestic sales first.

"The Chinese market is huge. Overseas expansion is not that important," said Hou.

Tsingtao Brewery put into a new production line into operation at its third plant in Qingdao on May 7. According to Chinese media reports, the plant's annual capacity has been raised by around 20% to 900,000 kiloliters.

Tsingtao spent about 80 million yuan ($11.5 million) on the new production line. The brewer has repeatedly invested to increase the third plant's capacity since the 2000s. The latest expansion is believed to be the fifth.

Although Tsingtao has not disclosed what products the third plant makes, the plant is expected to increase output of midrange and high-end products.

At a financial report announcing its financial results for fiscal 2018, the company stressed that it would be able to grow by strengthening its production capacity and improving its products, saying that "the Chinese beer market has potential."

China Resources and Tsingtao are focusing on the expanding midmarket and premium segments, rather than the low end, which is in decline as younger people turn to other products.

AB InBev, which is best known for its Budweiser brand, announced on May 10 that it had applied to list its Asia-Pacific subsidiary on the Hong Kong stock exchange.

If the flotation materializes, AB InBev is expected to raise more than $5 billion. The brewer is expected to use the money to beef up its sales efforts and acquire peers in China. CEO Carlos Brito has said the listing is aimed at making the brewer the "champion" in the region.

According to U.K. research specialist Euromonitor, the volume of beer sales in China totaled around 45 million kiloliters in 2018, down about 10% from 2013. In value terms, however, beer sales in China surged nearly 40% over the same five-year period to about $93 billion, thanks to rising unit sales prices, driven by the growing popularity of premium beers. Competition at the top end of the market, primarily among the three biggest players, is likely to continue.