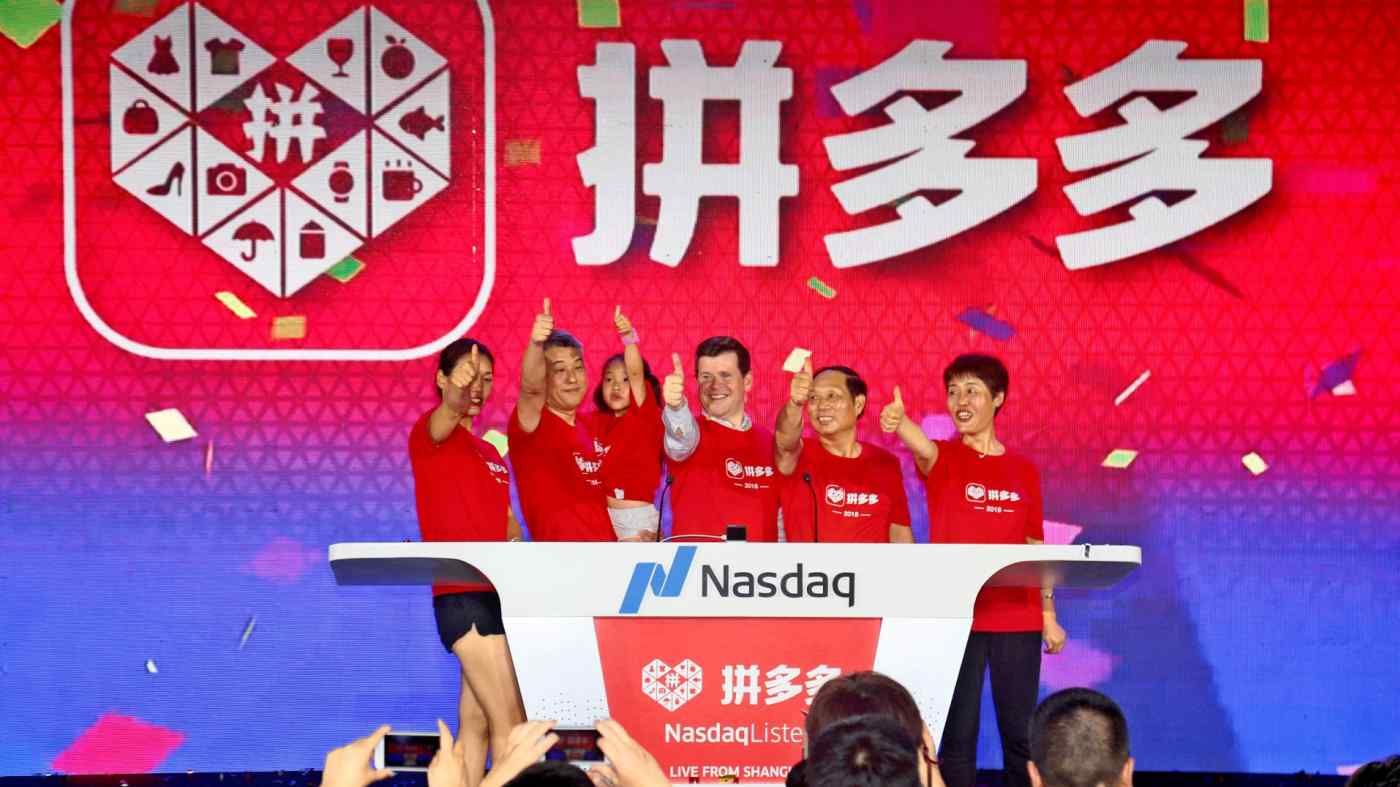 Mainland Chinese companies raised $5.9 billion through initial public offerings this year through Aug. 17, more than the $3.8 billion raised in all of 2017, data from Dealogic shows. This will be the biggest year for Chinese IPOs in the U.S. since 2014, when Alibaba Group Holding made its New York debut.

Offerings are growing in both size and number, with technology companies at the forefront. Pinduoduo, China's No. 3 e-commerce company, raised $1.6 billion in its IPO last month -- the fourth-largest U.S.-only listing by a Chinese business, according to Dealogic. Its market capitalization exceeded $20 billion just three years after launching.

And Bob McCooey, Nasdaq's Asia-Pacific chairman, sees the number of listings by Chinese companies more than doubling this year to 36 or so. The escalating trade war between the two countries has had no apparent effect on IPOs, he said.

Electric-car maker NIO, which competes with Tesla in China, applied this month for a U.S. IPO. Tencent Holdings' music-streaming unit is expected to debut here this year as well. 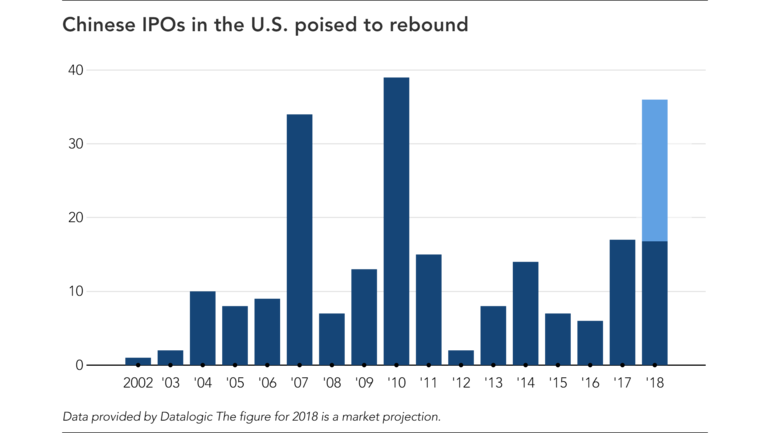 Jim Cooney, head of Americas equity capital markets at Bank of America Merrill Lynch, attributes the surge to the strength of U.S. markets. "One of the major contributing factors is the outperformance of U.S. IPOs relative to European and Asian IPOs from a pricing and aftermarket performance perspective," he said.

"There have been some challenges in the Chinese IPO market and some of the larger companies are focused on differentiating themselves from what has been weaker performance," Cooney said.

Online auto marketplace operator Cango opted to seek an IPO here because of the maturity and liquidity of U.S. stock markets.

"We believe that listing in the U.S. will broaden our international horizon and enable us to benefit from international best practices in technology and business operations as well as corporate governance and investor relations," Chief Financial Officer Zhang Yongyi said.

The fact that the tech-heavy Nasdaq composite index is hovering in record-high territory is another factor drawing Chinese startups. A strong market makes investors more willing to take risks -- such as buying into IPOs -- in pursuit of higher returns.

By contrast, the Shanghai Composite Index and Hong Kong's benchmark Hang Seng Index are languishing near year-to-date lows amid fears of an economic slowdown. Smartphone maker Xiaomi raised less than it had hoped in its much-anticipated but ultimately underwhelming Hong Kong IPO last month.

Many American investors had steered clear of Chinese companies since 2011 amid a hail of criticism over such practices as backdoor listings -- takeovers of listed companies that allowed the buyers to go public without going through the IPO process. But U.S. exchanges and the Securities and Exchange Commission have tightened scrutiny in recent years, and successes like the Alibaba IPO have helped restore trust.