Can Japanese curry make it in India? This company thinks so Otsuka plans to test-market its curry products in office cafeterias in Bangalore, which has a more open food culture than some other parts of India.
AKIHIDE ANZAI, Nikkei staff writerSeptember 14, 2018 17:14 JST | India
CopyCopied

TOKYO -- Otsuka Holdings is looking to expand its food and beverage business in Asia with the help of favorites in Japan such as Bon Curry, the world's first ready-to-eat curry, which is marking its 50th anniversary this year.

In what seems like a coals-to-Newcastle story, Otsuka is planning to push into the Indian market with its Bon Curry, which comes in a sealed pouch. In Southeast Asia, the company will focus on sports and vitamin supplement drinks.

Otsuka's foray abroad will serve as a test case for Japanese companies hoping to sell products that are popular at home to consumers elsewhere in Asia. It is also emblematic of their growing interest in overseas markets, spurred by a shrinking domestic population.

Otsuka is one of Japan's largest drugmakers, with sales of over $10 billion annually. One of its best-known products, Abilify, an antipsychotic, had annual sales of around $6 billion before its patent expired. The company's food and beverage business also has many unique products.

"It would be meaningless to offer the same [products] as those available [in Japan]. We will reproduce Japanese flavors using local ingredients," said Hirokazu Uematsu, president of Otsuka Foods India, a company set up by Otsuka's food unit in May to break into the Indian market.

Curries in India get their kick from a variety of spices, while Bon Curry is thickened with flour and has a hint of sweetness that comes from fried onion. Otsuka hopes to win over Indian customers with the unique taste of Bon Curry.

Otsuka came out with Bon Curry in 1968, taking its cues from modern food packaging developed in the U.S. The shelf-stable product is easy to prepare. Just stick the pouch in boiling water for three minutes and serve. The technology is thought to have been developed for the U.S. military, which found canned food cumbersome for soldiers on the march.

Otsuka, which has sold more than 2.5 billion curry pouches since the product came out, decided to release Bon Curry in India to mark its 50th anniversary. The company began working on the Indian version in 2016. The most challenging part was recreating Bon Curry's flavor without using meat. 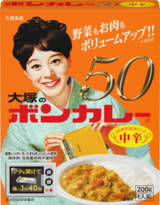 Otsuka has sold more than 2.5 billion servings since Bon Curry came out.

Hindus, who make up a big majority of India's population, do not eat beef, while the large Muslim minority does not eat pork. India also has many vegetarians. Struggling to find an alternative to meat, Otsuka hit upon ghee, a type of butter made from reduced cow and goat's milk.

"Indian people are conservative about food and do not readily change their dietary staples," Uematsu said, explaining the company's cautious marketing strategy in India. Otsuka will begin by promoting Bon Curry in Bangalore, a big city that hosts many foreign information technology companies and has a cosmopolitan culture. It will sell curry-filled pastries on a trial basis in cafeterias located in large office buildings.

Indians often eat late lunches and dinners, and have snacks around 10 a.m. and 4 p.m. Samosas and kachoris, fried dumplings and pastries filled with meat or vegetables, are popular snacks.

Depending on how the test marketing goes, Otsuka will introduce its curry and rice product and other meals. The company will also begin studying how to build retail sales of Bon Curry.

In another big overseas push, Otsuka in June released Oronamin C, a carbonated drink with the vitamin C content of 11 lemons, in Indonesia. Oronamin C came out in Japan in 1965 and has many fans, thanks in part to TV commercials featuring the popular Tokyo Giants baseball team. Oronamin C has sold more than 30 billion bottles to date.

Otsuka is confident about its prospects for the vitamin drink. Its Indonesian unit has seen strong sales of Pocari Sweat, a sports drink Otsuka introduced in the country around 1990. Its annual sales have since reached 400 million units. According to Euromonitor International, Otsuka ranks sixth in the Indonesian soft drink market by revenue, with a market share of 4.6%, trailing such rivals as Danone of France and Coca-Cola.

Pocari Sweat's success in Indonesia owes partly to the ties Otsuka has forged with doctors, who recommend it to patients. One of Otsuka's earliest products was its intravenous drips, and it has expanded this business as far as Africa. The company's sales network covers all of Indonesia. 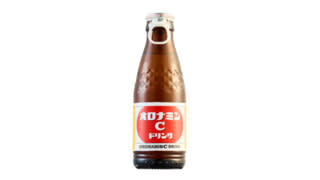 Otsuka released Oronamin C in Indonesia in June. The carbonated drink has the vitamin C content of 11 lemons.

Otsuka is not the first Japanese company to find success abroad with products initially developed for the home market. Akagi Nyugyo, which has sold 400 million Gari Gari Kun ice pops in Japan since they went on sale in 1981, began selling them in Thailand in 2016. The ice cream maker initially shipped the product to Thailand from Japan. The following year it shifted production to a local company.

Akagi Nyugyo has hired Chanathip Songkrasin, a football player known as "Thailand's Messi," as a spokesman. Chanathip plays for Hokkaido Consadole Sapporo in Japan's J.League. Posters of a young boy about to wrap his mouth around a Gari Gari Kun ice pop as he stands next to Chanathip has caught the eye of convenience store customers in Bangkok.

Morinaga & Co. rolled out its Hi-Chew soft candy in Indonesia in 2016. The product uses gelatin made from cows instead of pigs to meet Islamic dietary guidelines and recreate soft texture of the product, which made its debut in Japan in 1975. 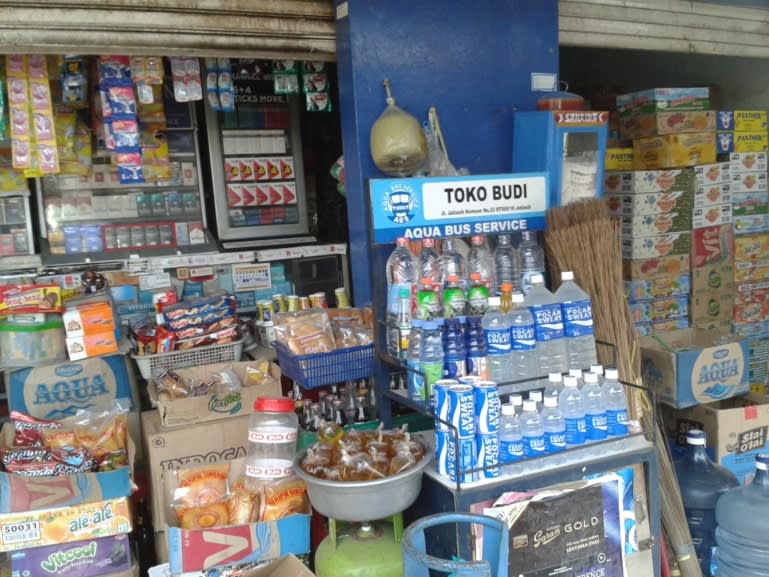 Otsuka believes the success of its Pocari Sweat sports drink will help with sales of Oronamin C.

"The acidic taste is reduced because Indonesians don't like it," said a Morinaga official. The local version of the candy is made harder than its Japanese counterpart so that it stands up to Indonesia's heat, the official added.

Food and drink makers that have found success in Asia tailor their products to local tastes. If Otsuka hopes to make the likes of Bon Curry and Oronamin C a regular part of Asian diets, it will have to do the same.