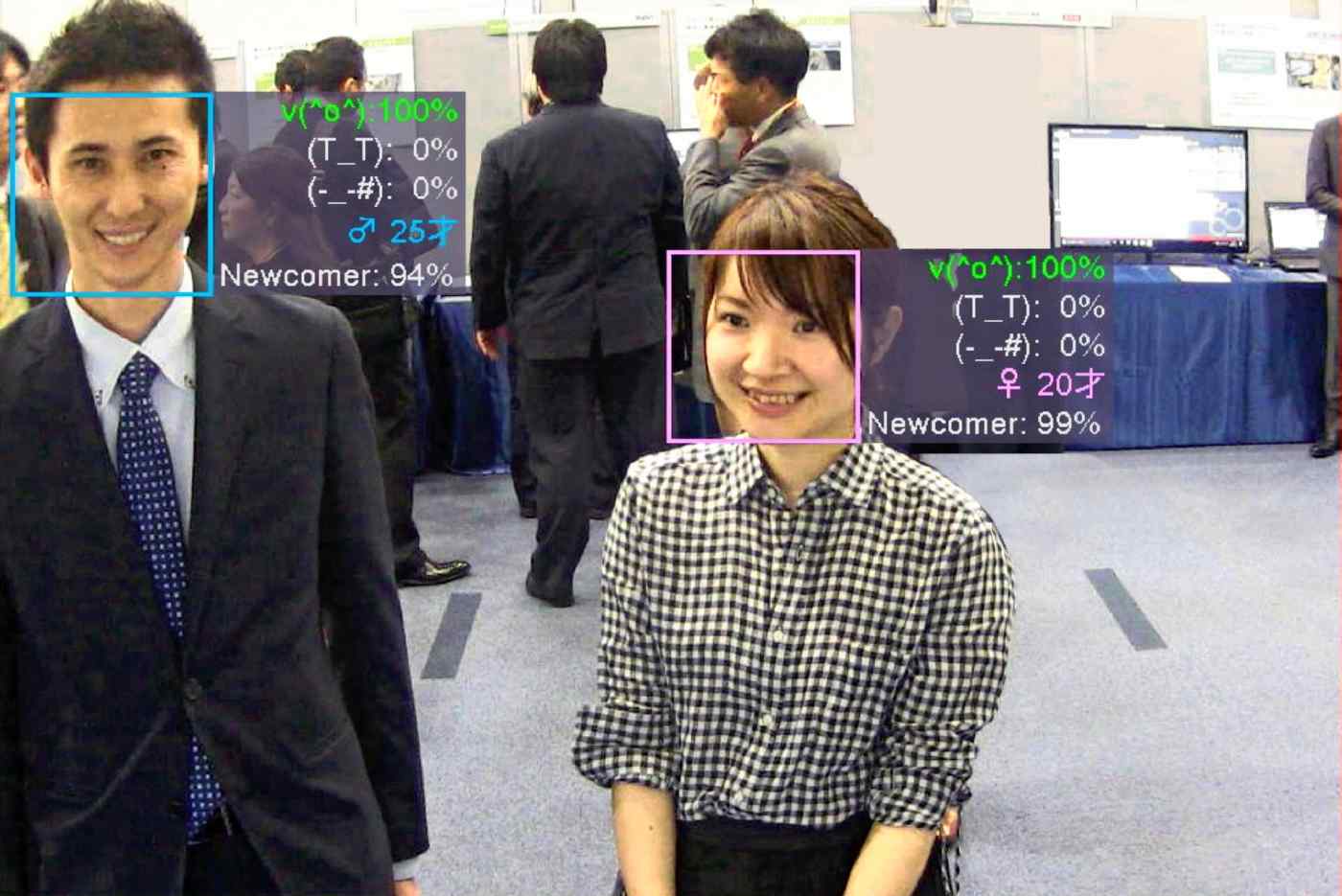 The technology detects three emotions -- joy, sadness and anger -- as well as age and gender. Software analyzes footage sent to the cloud, automatically tracking and charting the level of a particular emotion as a percentage.

A theater, for instance, could monitor an audience to see when and how often they laughed. Canon MJ expects plenty of business from relatively small retailers, such as supermarkets, along with amusement parks and other clients that want detailed insight into customer satisfaction.

Aroba's software sends images from Canon's cameras to the cloud for analysis, without individually identifying data. Fees are likely to be in the form of monthly service charges. In larger facilities, like new shopping malls and entertainment complexes, networked security cameras are becoming more common. But smaller businesses often only record footage, handing over the playback and analysis to another party. This hampers further use.

Using the cloud allows Canon MJ to cater to a broad range of customers, with the service, VisualStage Type S, costing no more than 7,000 yen ($62) per month. For clients with multiple stores, cameras can be connected across outlets over the internet. The footage can be stored and accessed from the cloud on a smartphone or laptop.

Security is still part of the equation, of course. The cameras will alert businesses to suspicious sounds and movements.