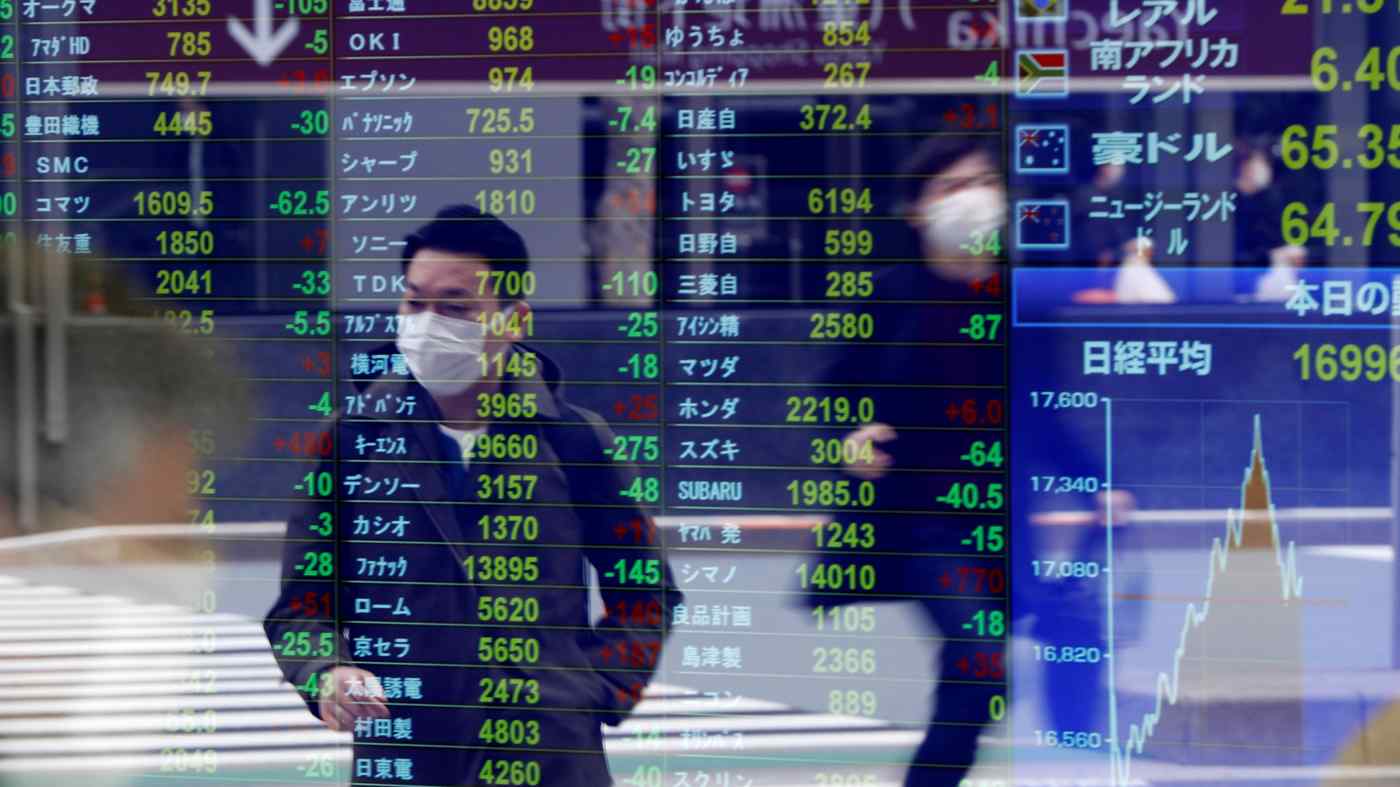 TOKYO -- Share buybacks announced by listed Japanese companies fell 78% to around 896.1 billion yen ($8.3 billion) in the April-June quarter from the previous year, according to data aggregated by Nikkei, highlighting cash-strapped businesses that have been hit hard by the coronavirus pandemic.

Companies typically have their board of directors decide on buyback strategies and volumes.

The data show the number of buybacks announced since April stood at 146, about half the previous year's total to date. In fiscal year 2019, buybacks totaled 7.8 trillion yen -- the most since the 2008 Lehman crisis. In fiscal 2020, however, "it could be about one-third that," according to Ukyo Haraguchi, a strategist at Mitsubishi UFJ Morgan Stanley Securities.

Among companies that downsized buybacks are general contractor Taisei, which capped buybacks at 10 billion yen from last year's 28 billion yen. Shigeyuki Sakurai, executive vice president at Taisei, told Nikkei that his company would "secure a large amount of cash on hand" in light of a potential second wave of coronavirus infections.

Although Japan's telecommunication industry regularly engages in huge buybacks, this year NTT, NTT Docomo, and KDDI all suspended the practice. The three companies alone contributed to a drop of about 700 billion yen in buybacks compared to last year.

KDDI President Makoto Takahashi says he will "consider [buybacks] after seeing the spread of infections and business performance."

Other companies have shelved their announced buyback plans.

Consumer electronics retailer Yamada Denki suspended its program, which had previously been capped at 50 billion yen, because it could not forecast how far consumer consumption will slide. Clothing retailer Aoki Holdings also decided to cancel buybacks as sales of business suits dive and its bridal business struggles.