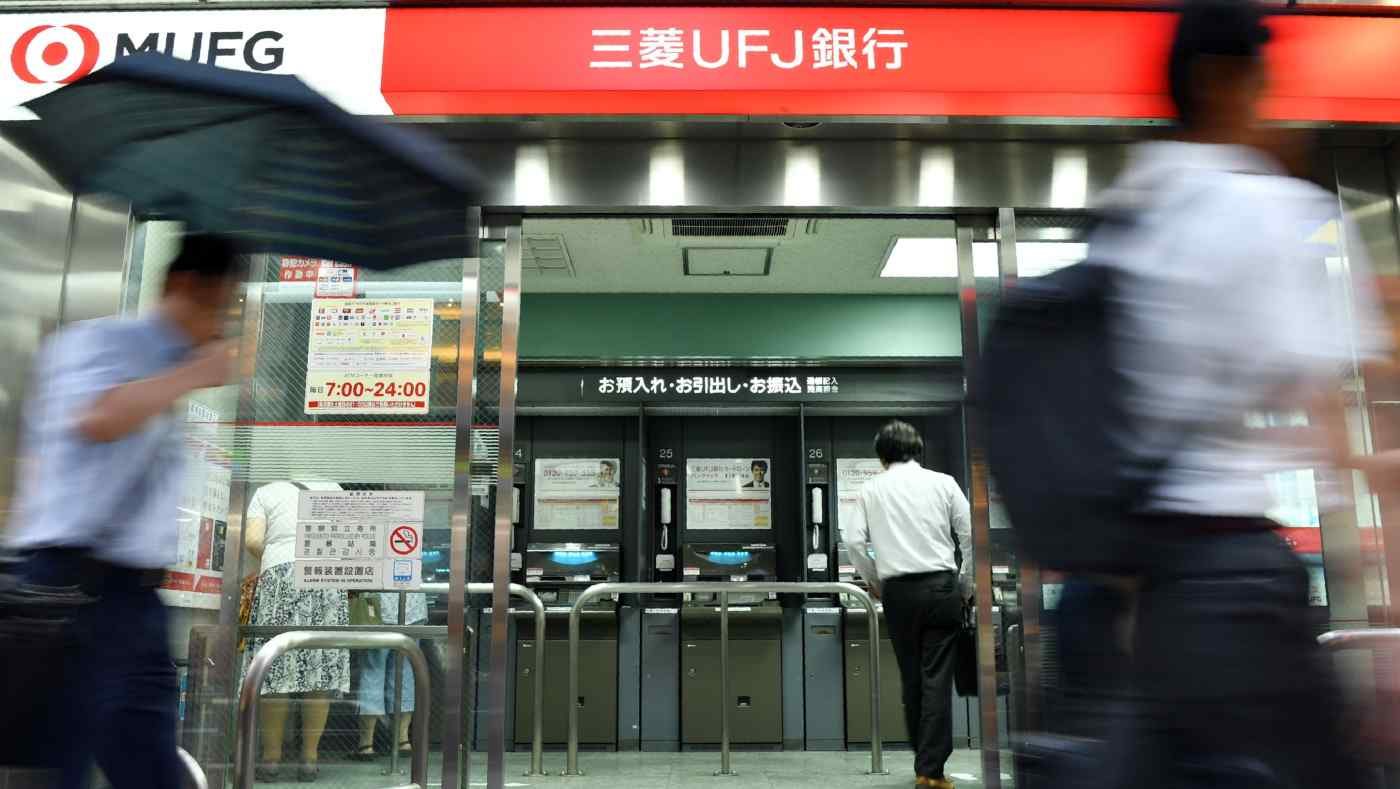 TOKYO -- MUFG Bank looks to shrink its Japanese ATM network by 20% through fiscal 2023 as online sales and cashless payments reduce the need for personal banking services such as cash withdrawals.

The Mitsubishi UFJ Financial Group unit operates 8,141 ATMs nationwide, and intends to cut this number to around 6,700. Japan Post Bank operates the most machines, with about 29,000, while MUFG's megabank peers Sumitomo Mitsui Banking Corp. and Mizuho Bank have about 5,800 and 5,700, respectively.

The cutback will include reducing the number of machines at individual sites and consolidating ATM locations around train stations. But MUFG Bank will install smaller machines and state-of-the-art models that let users pay their utility bills at convenient locations.

Changing consumer preferences spur this reduction in ATMs, as fewer people use physical passbooks and more adopt smartphone payments. As a result, the number of MUFG Bank customers using online banking has grown 40% over the past five years.

The company aims to reduce costs associated with its ATM network while shifting resources to the growing field of online transactions. In addition to developing its own smartphone payment app, MUFG Bank looks to make online banking more convenient. The company intends to roll out improvements as soon as next fiscal year, such as a digital passbook that lets users see 10 years of transactions. The banking industry also is working to standardize QR code payments.

The Japanese Bankers Association counted 26,000 ATMs at the country's major banks as of the end of September 2017, up 3% over the past 10 years. Convenience store ATMs, meanwhile, doubled to 56,000 in the same period. Banks originally added ATMs near major train stations and in shopping malls -- important points of contact with customers -- in order to compete with convenience stores.

With one of the country's megabanks moving to reduce ATMs, other large or regional banks may follow.