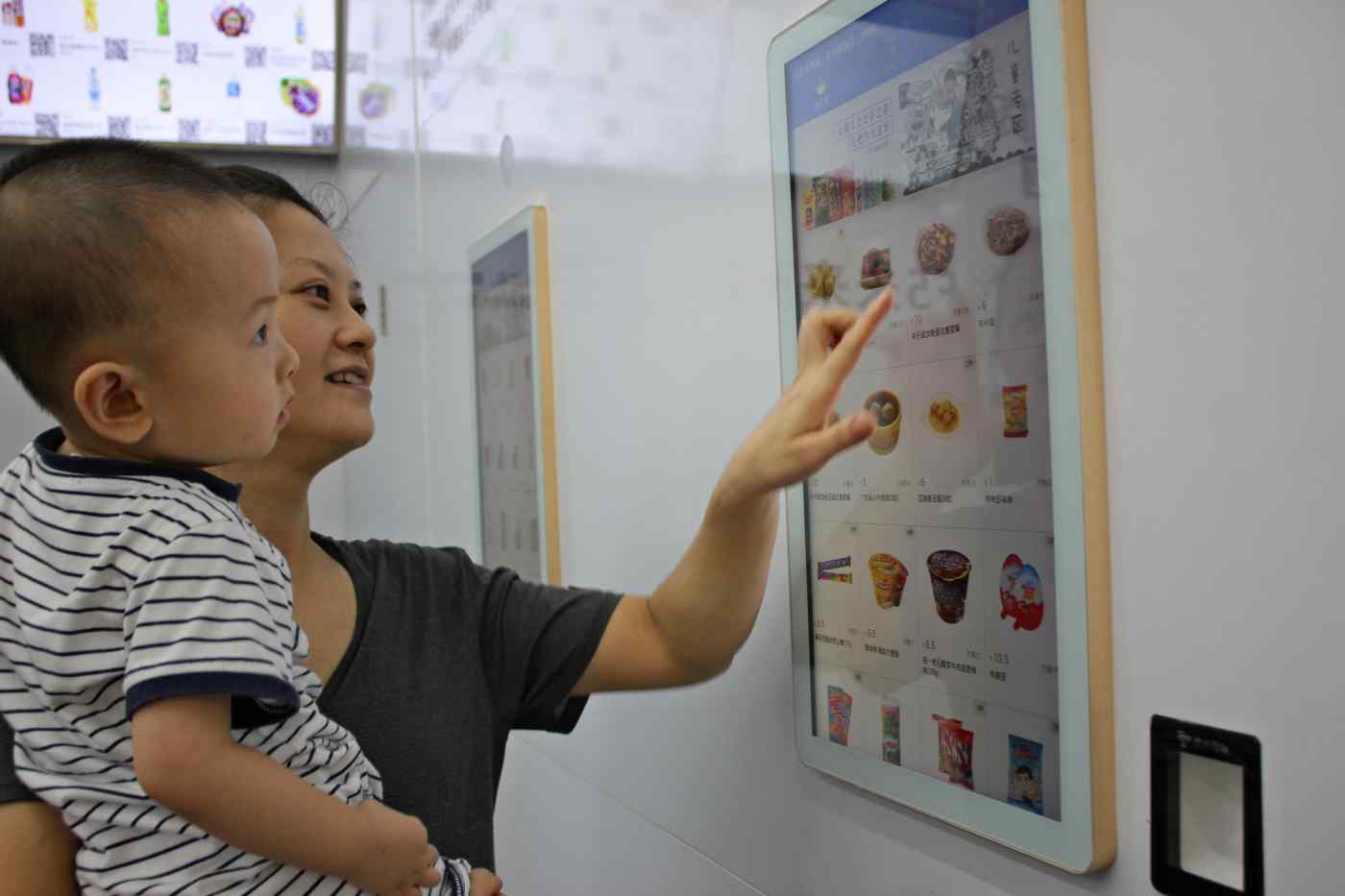 GUANGZHOU/TOKYO -- Asia's two biggest economies, China and Japan, are different in many respects, but two things they have in common are large numbers of convenience stores and an enthusiasm for automation. Not surprisingly, both countries are combining the two, moving toward a convenience-store industry that largely run by automation, with few or no human staff.

Yet the two countries are doing this for different reasons. In China, the spread of cashier-free shops comes in the context of an online retailing boom, while in Japan, the industry is seeking ways to cope with a worsening labor shortage. 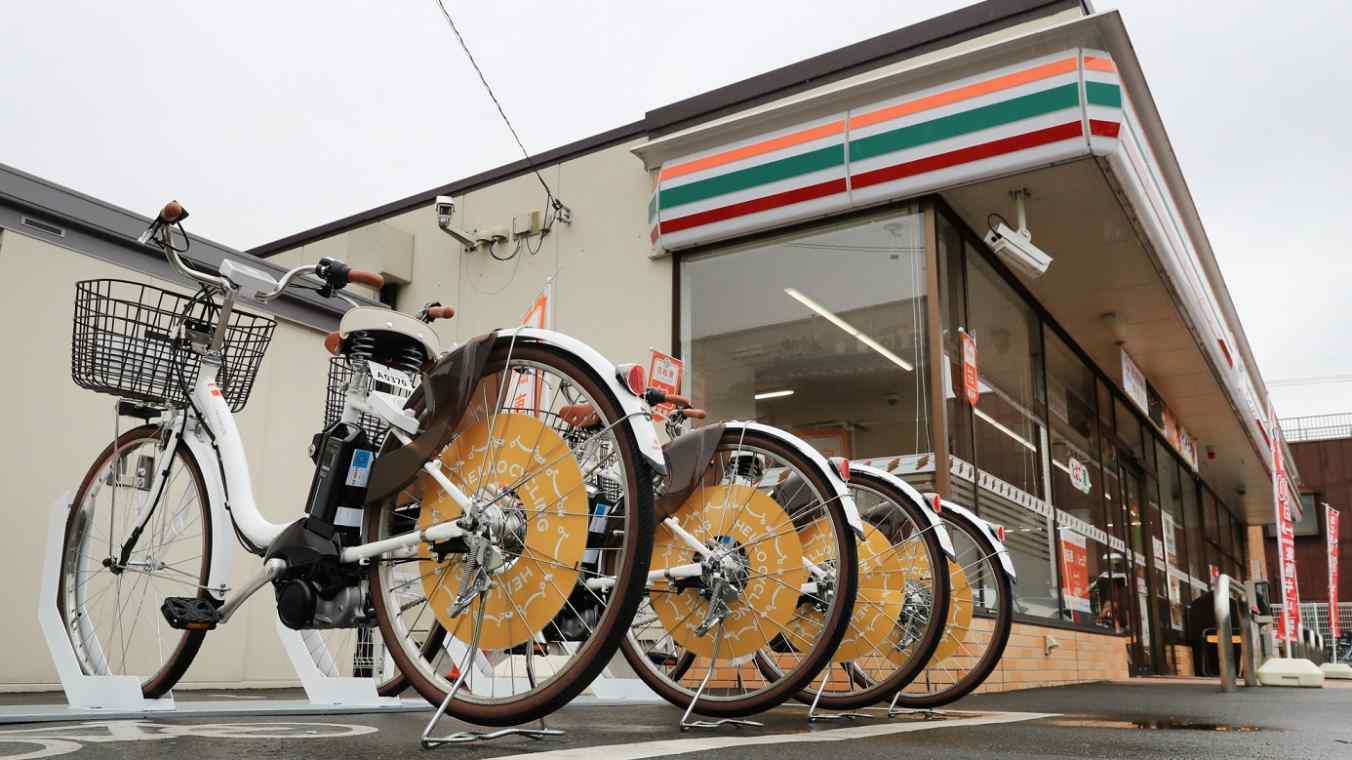 Automated stores require almost no payroll, and less space. Any lineups are streamlined, reducing the stress of shopping. There is no risk of counterfeit money being passed.

So what does the new, worker-free convenience store world look like?

At an F5 Future Store in the southern Chinese city of Guangzhou, there are no items stocked in public view. Instead, customers choose products from touch panels attached to the walls.

To make a purchases, customers first order from the touch panels listing around 100 items, including drinks, snacks and light meals. The screen displays a bar code that is scanned with a smartphone, which pays via a digital wallet. The purchase arrives automatically from a back room. Ringing up the total and picking up the items take about three minutes.

"There are still only a few options, but I don't have to wait in line for the register, and there are no unhelpful clerks to deal with," said a 40-year-old homemaker who lives nearby.

F5 Future Store debuted in 2014, and began expanding at the end of 2016, according to parent company Chuang Shang Hui E-Commerce. The company runs five locations in Guangzhou and Shenzhen, and targets of 100 in the near term.

China has about 100,000 convenience stores nationwide, concentrated in major cities. Privately run shops dominate the rest of the country, making it a potential untapped market for automated mini-marts. The market for such retail outlets is expected to grow to 950 billion yuan ($145 billion) in 2022, from just 10 billion yuan in 2017, according to one Chinese research firm.

Chinese operators are pioneers in this type of automated service sector. In the U.S., Amazon.com is still testing Amazon Go, a convenience store with no employees.

Major companies are also getting into the game. In August, retail giant Suning Holdings Group opened automated Biu apparel stores in Jiangsu Province. The chain had grown to five as of November, with locations in Shanghai and Chongqing. 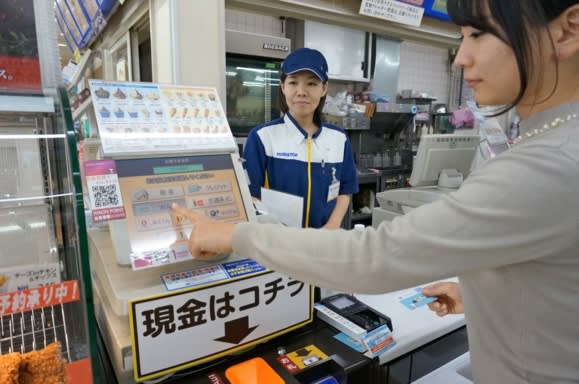 Japan has not gone so far in automating its stores. But even the nation's top chains, with networks of over 10,000 stores each, are seeking ways to improve efficiency to adapt to the worker shortage. Part timers are put off by conditions such as late-night shifts.

Ministop, the fourth-largest convenience store operator, will introduce a partial self-service checkout at its stores. Customers select a payment method on a touch screen and make payment as the clerk scans bar codes and bags items, reducing checkout time by as much as 30%.

Ministop, which has strong offerings of freshly cooked snacks and desserts made in-house, is testing the system at stores in greater Tokyo. It plans a full roll out in the second half of the fiscal year from April 2018, and expansion to all of its over 2,200 locations by the following year.

The plan is to have several checkout units per store, and a single clerk may eventually cover two units at the same time. The system will account for age-restricted items, such as alcoholic drinks and cigarettes. It will require an investment of about 1.5 billion yen ($13.2 million).

Japan's third-ranked convenience store chain, Lawson, will experiment with a self-checkout system using smartphones at some Tokyo stores this spring.

Market leader Seven-Eleven Japan, owned by Seven & i Holdings, has rolled out sliding shelves as a way to cut in-store work time by more than 30%.

But with all these changes in the industry, there is inevitably a process of trial and error.

When this reporter placed an order at the F5 Future Store in Guangzhou, some items failed to appear. At another automated mini-mart in the city, the door to the product delivery area opened up before the purchase was complete. The store relied mainly on security cameras to prevent shoplifting and other crimes.

One market research company found that 70% of customers were satisfied with cashier-less shops. But 83% said the shops had meager offerings and often failed to stock desired items. Another 34% said they could not find their favorite brand, while 22% complained about defective or poor-quality items.

Yet Chinese companies place less emphasis than their Japanese counterparts on perfecting the service experience at the outset of a business undertaking, preferring to learn from their mistakes. Japan and the rest of the world may have something to learn from China, as its experiment in worker-free retailing plays out.