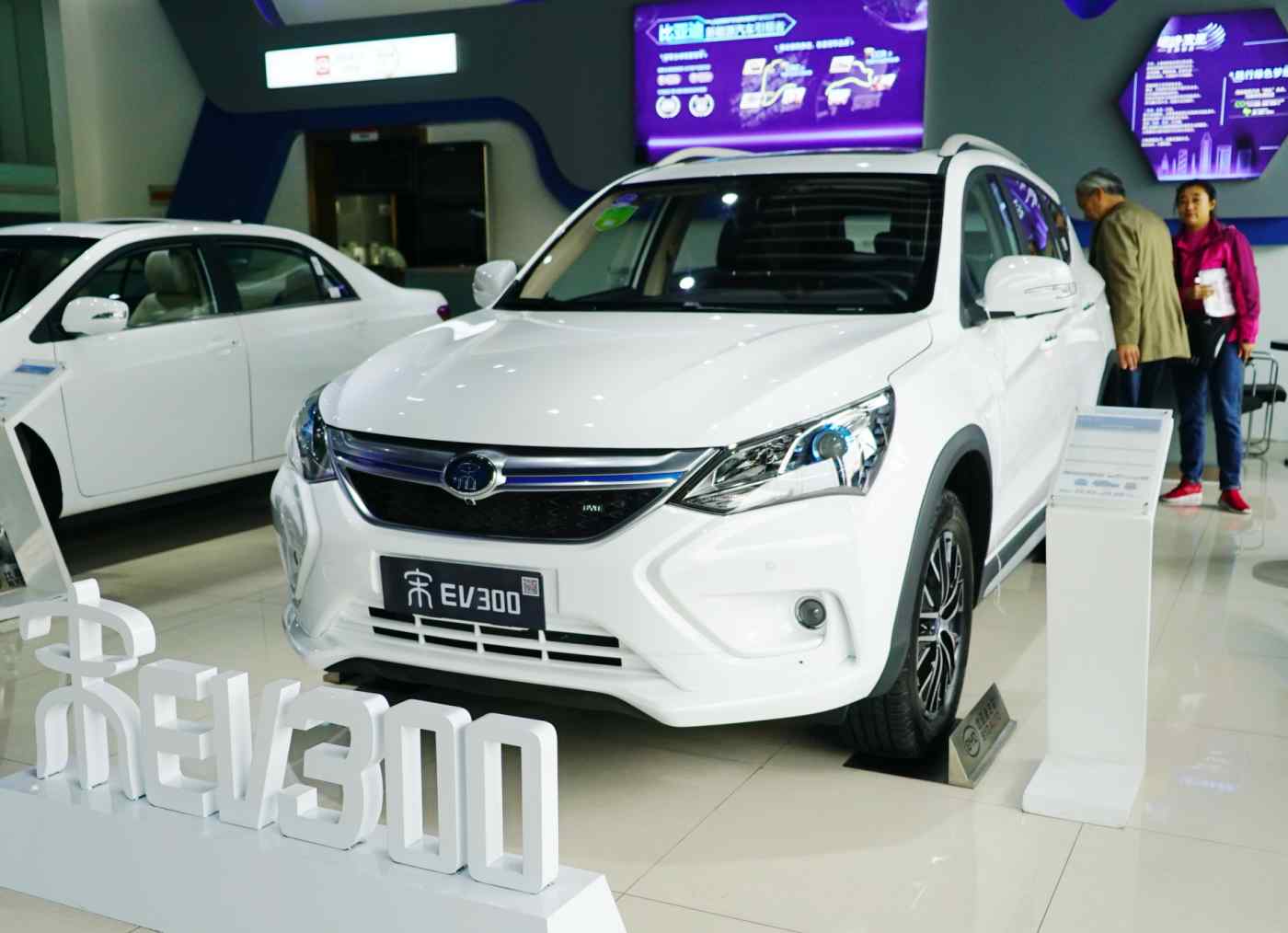 TOKYO -- As global carmakers race to roll out a new wave of electric vehicles, China is pushing hard in the battle to develop the motors that power them.

At present, Japanese manufacturers have the advantage, drawing on the expertise in motors they developed for hybrid cars. But this dominance could diminish, as research is losing momentum. Some speculate that this could allow China to begin a global power shift for motors, as well as more widely across the electric car sector.

Chinese manufacturers began accelerating the development of electric car motors after the government laid out a development plan for "new energy vehicles," namely electric, hybrid and fuel-cell vehicles, in 2012. Beijing has introduced measures and subsidies to promote the industry and encourage consumers to buy electric cars.

One major goal is to counteract serious air pollution in China. But the enthusiasm also hints at Beijing's ambition to control technologies at home for next-generation cars, and eventually dominate the global market, by attracting factories from foreign companies eager to penetrate the huge Chinese auto market.

At the North American International Auto Show in Detroit, currently being held in Detroit, it has become clear that Chinese automakers are increasingly shifting their attention to electric vehicles, with Guangzhou Automobile Group showcasing an electric concept car. 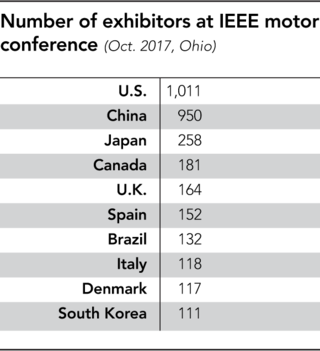 The Chinese government's policy on new energy vehicles cites batteries, motors and control systems as areas to focus on for development.

Electric motors were invented 200 years ago. The component is often considered a fully established technology, but "electric vehicles require different types of expertise," said Akira Chiba, a professor at the Tokyo Institute of Technology specializing in motor technologies.

For early versions of hybrid and electric vehicles, carmakers developed and mass-produced motors themselves. They are now shifting to diversify sources for procurement, including from outside suppliers, to stay competitive. Another idea is to develop a combined module of motors and other parts, such as transmissions, to improve overall performance.

Still, Japanese automakers have generally stayed with making motors on their own. Although Mitsubishi Motors buys motors from mid-tier machinery maker Meidensha, other carmakers, including Toyota Motor and Nissan Motor, mostly make motors at their own factories or outsource to group companies.

Honda Motor, on the other hand, last year set up a joint partnership with an automotive unit of Hitachi to develop and make electric car motors.

Meanwhile, China's enthusiasm for electric motors is also reflected in the number of research papers it produces.

For a conference on electric machines and drives, organized by the Institute of Electrical and Electronics Engineers and held in May of last year in Miami, Chiba of the Tokyo Institute of Technology, who was in charge of screening research papers, was impressed by the large number of reports submitted by Chinese researchers. At the primary submission deadline, Chinese colleges and corporations accounted for 40% of the 300 or so reports.

The Chinese researchers' papers introduced a number of fresh ideas for motor development, including ways to make key parts for motors, such as windings and magnets, smaller and lighter. In the end, Chinese exhibited almost the same number of papers as the U.S., the conference's chair nation.

At the IEEE's motor conference in October, in Ohio, the U.S. and China each accounted for a quarter of all paper submissions, totaling about 4,000. Japanese researchers accounted for fewer than 10% of the papers submitted.

In terms of motor technology, Toyota and other established makers have demonstrated a dominant presence, as proven by their patent applications. "But widespread use of electric cars in the future could make parts and vehicles themselves something like commodities," said Yasuo Saeki, an assistant professor at Kyoto-based Ritsumeikan University.

That could allow Chinese makers to develop and offer competitive products. Tang Jin of Japan's Mizuho Bank said that if that happens, China could replace Japan as the dominant force in the industry.

Japanese researchers and institutions, on the other hand, appear to be feeling a sense of urgency. The New Energy and Industrial Technology Development Organization cut funding on development of car motor materials for 2017 to 400 million yen ($3.62 million), from some 2 billion yen the year earlier.

The project began in 2012 and has seen participation by industry leaders, including Toyota, Denso and Daikin Industries, as well as Osaka Prefecture University. Despite substantial spending on state-of-the-art facilities, the research could be undermined in the future. As research at Japanese universities generally loses momentum, one of the few encouraging signs was that Kyoto University set up a study course on motors with a donation from Nidec, a Kyoto-based manufacturer of electric motor products, in April last year. "It's the first motor research opportunity in 20 years at our university," noted Juichi Yamagiwa, president of the prestigious school.

Until the 1970s, engineering faculties at Japanese colleges were keen on motor research, but the number of relevant courses has fallen, due to technological slumps. According to Chiba, it has been difficult for motor research projects to attract sufficient funding recently.

Under these circumstances, the Chinese government looks like it is targeting a power shift in the electric car industry.

China plans to impose production and sales quotas for plug-in hybrid and electric cars to both domestic and foreign automakers in 2019. For consumers, it has also introduced subsidies on green-car purchases as well as exemption from restrictions on the number of new car licenses.

The combined market for electric and plug-in hybrid passenger cars in China grew to 580,000 in 2017. Beijing has laid out a target to raise the number to 7 million by 2025.

For gasoline-powered vehicles, established manufacturers from developed countries, including parts makers, have sat atop the industry pyramid, as the necessary technologies, such as for maximizing combustion efficiency and minimizing energy loss from friction, are extremely delicate and complicated, and therefore difficult to develop.

On the other hand, assembling electric vehicles is much simpler, since the number of parts is roughly 60% of that needed for gasoline-powered cars.