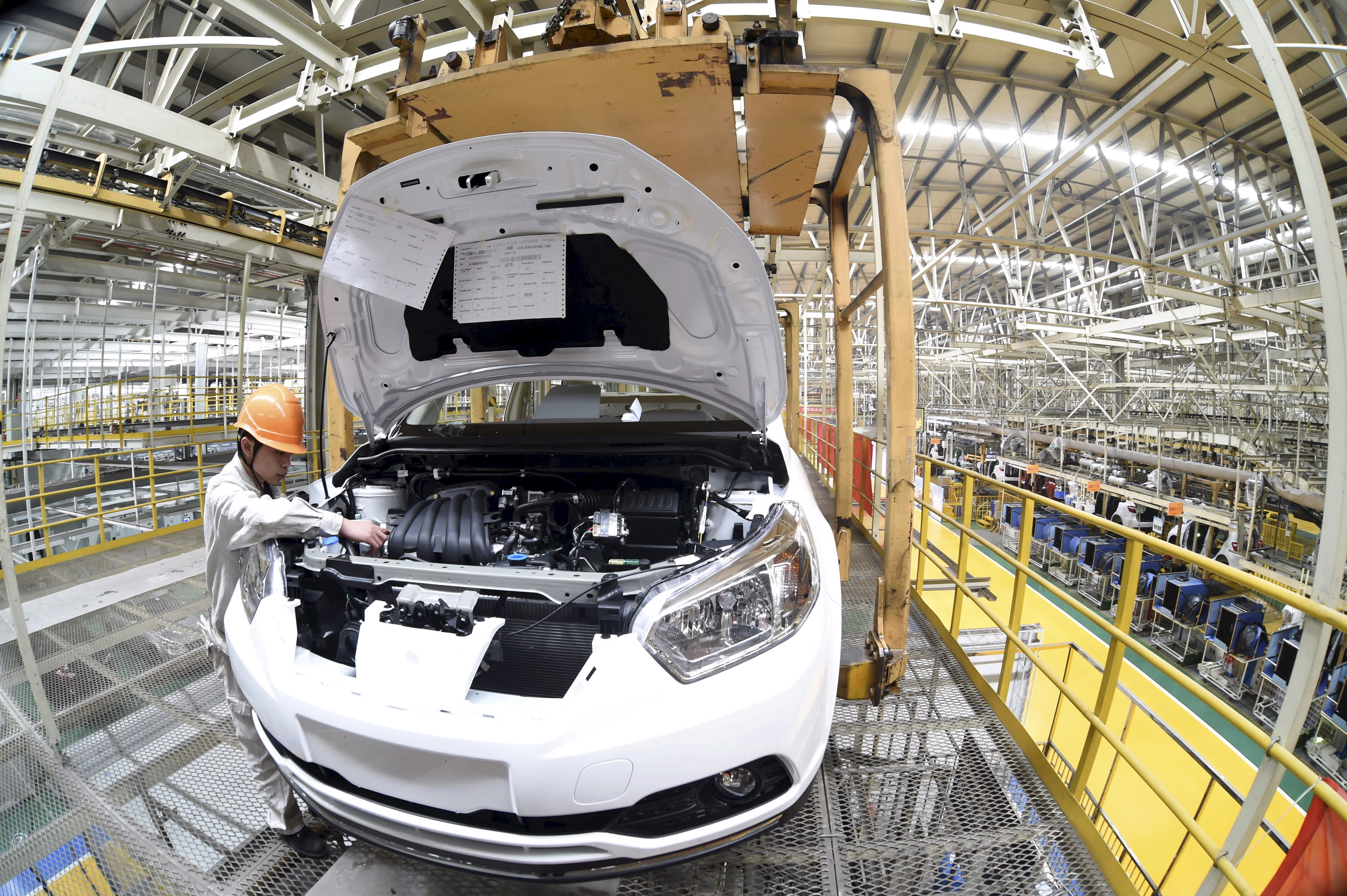 TOKYO -- China is drawing big money from global automakers seeking to compete with local rivals for the growing electric-vehicle segment of the world's largest auto market.

A Nissan Motor joint venture with China's Dongfeng Motor Group on Monday announced 60 billion yuan ($9.54 billion) in investments over five years. The scale rivals the more than 10 billion euros ($12.4 billion) in spending planned by Volkswagen and local partners through 2025.

"Doing business in China has never been so exciting," said Jun Seki, a Nissan senior vice president who heads the joint venture, Dongfeng Motor Co., to reporters in Beijing.

The venture plans to release more than 40 models by 2022, more than 20 of them either electrics or vehicles propelled by motors that run on engine-generated electricity. It aims to increase its annual sales by around 1 million units from 2017 levels to 2.6 million by 2022, with electrified vehicles accounting for 30% of the total that year.

Dongfeng Motor Co. did not provide a breakdown of the investment plans. But a portion of the 60 billion yuan in spending will likely go toward building production facilities for such core electric-vehicle components as motors. New vehicle plants may also be built, with Seki saying a decision will be made by year-end.

Nissan surpassed South Korea's Hyundai Motor to become the third-best-selling automaker in China last year. The Japanese group's sales grew 12% on the year 1.52 million units, putting it behind only Volkswagen and General Motors.

Nissan's investment buildup comes as BYD and other Chinese manufacturers gain prominence in the electrics segment, which looks set to grow after China's new quotas for so-called new-energy vehicles take effect in 2019. These quotas will require partially or fully electric models to make up a proportion of automakers' sales and production.

Top seller Volkswagen, whose overall volume in China reached 4.18 million units last year, plans to produce 40 or so NEVs there and sell 1.5 million a year by 2025. Volkswagen plans to roll out 40 electric and plug-in-hybrid models in China by 2020.

Volkswagen's third local joint venture will begin producing electrics this year. The German automaker plans to steadily build on its strength in China with such new assets as electrification and autonomous driving, said Jochem Heizmann, head of Chinese operations.

Second-ranked GM, which sold 4.04 million vehicles in China last year, is preparing to roll out more electrics there, including under the Cadillac luxury brand. The American car company is developing at least 10 electric, fuel cell and other models by 2020 and will likely introduce some or all of them to the Chinese market as well.

Japanese automakers are increasingly reliant on Chinese sales as the lucrative American market loses momentum. Toyota Motor aims to increase sales in China by 8.5% to 1.4 million units this year and to introduce its own electrics there in 2020.

Honda Motor, whose China sales notched a record 1.45 million units last year, will start up a sixth plant in the country in early 2019. The roughly 3 billion yuan facility will likely build electrics and plug-in hybrids.

New-auto sales in China grew only 3% to 28.87 million units last year, shows data from the China Association of Automobile Manufacturers. Nissan's Seki attributed this slowdown to the one-time impact of reduced tax benefits for small vehicles, predicting that the market will likely grow an annual 6% or so in the next two to three years.