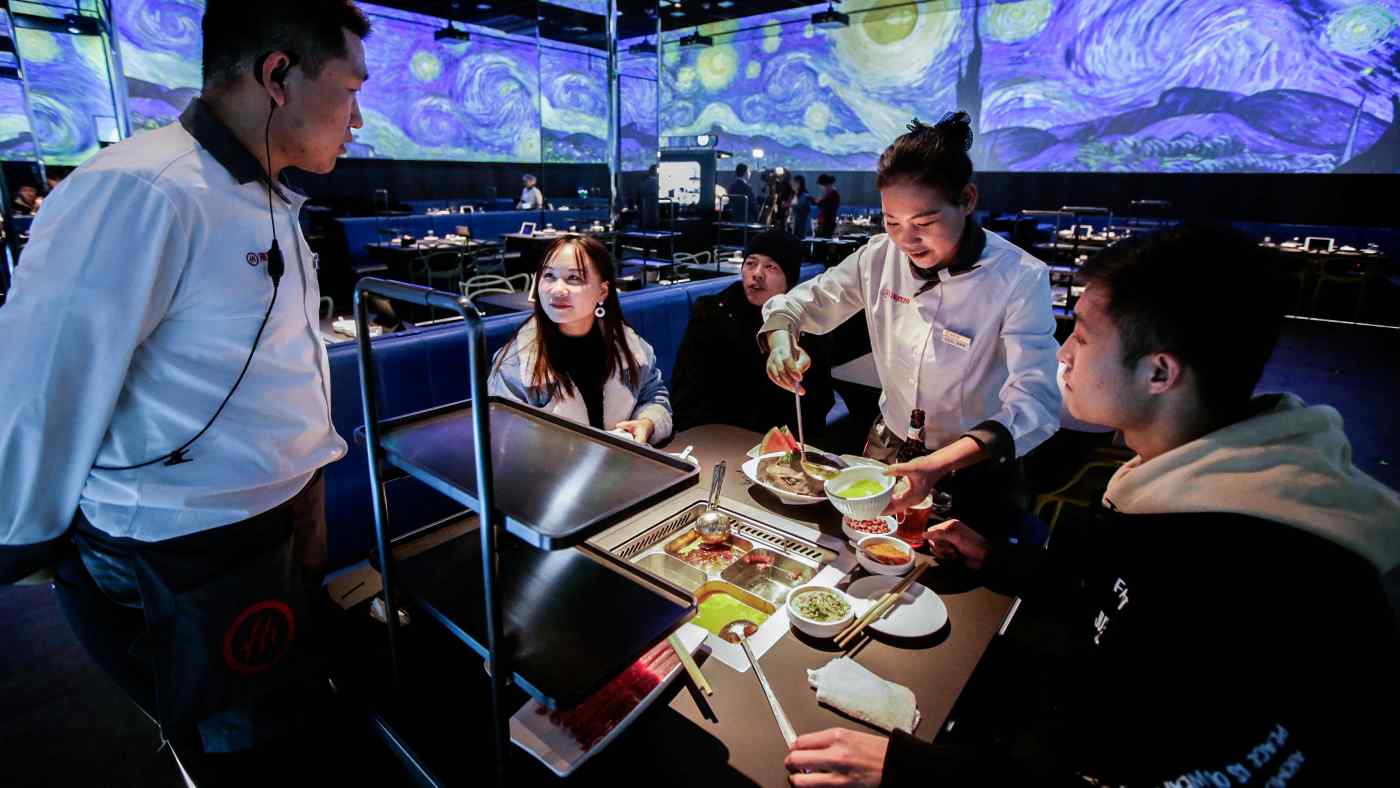 SHANGHAI - Two Chinese restaurant operators have apologized after a customer backlash over recent price increases, highlighting the difficulty that the country's businesses face in recovering from the coronavirus outbreak.

Both Haidilao International Holding and Xibei Youmiancun admitted they were wrong to hike some prices to try to mitigate rising operating costs after a widespread quarantine to contain the epidemic.

Haidilao, known for its hotpot dishes, gradually pushed up prices by some 6% after it resumed business on March 12. But it has since reverted to what it charged before Jan. 26, the day when all its outlets nationwide were forced to close.

"The hike was a misjudgment that hurt customer interest," the Hong Kong-listed group said in a statement.

Its response came after dissatisfied diners took to micro-blogging app Weibo to complain. "You have the right to raise prices and we have the right not to patronize you," wrote one.

To assuage the anger, Haidilao offered discount vouchers and vowed to improve food offerings by Apr. 25.

Founded by billionaire Zhang Yong and his wife in 1994, Haidilao ramped up its number of outlets in 2019 by 308 to 768. It also expanded abroad rapidly in recent years with a presence in countries including the U.S. and Japan.

Noodle business Xibei, meanwhile, has also launched a campaign to lure back customers after it raised the price of food by between 1 and 10 yuan in selected outlets in Shanghai and eight other cities starting on Feb. 1. The group operates 386 outlets across the country.

It has now launched a "spend 100 yuan ($14), get a 50 yuan voucher" scheme to win back customer support with an emotional plea from its chairman Jia Gualong.

"I hear your voice," said Jia on Saturday. It's not right to hike prices now . . . we are facing difficulties but I hope you will continue to support us."

Retailers and caterers have continued to struggle for customers even as China has emerged from the peak of the epidemic with work resumption exceeding 90% across many business sectors.

Some 40% of Chinese consumers say they will remain cautious in spending against 12% who say otherwise, according to a consumer sentiment survey by consultant McKinsey & Company on Mar. 30.

Pent-up spending after weeks of strict quarantine that some economists had projected appears to have not materialized. "As consumers become more rational after a short period of enthusiasm, spending will be hit if prices of goods remain high," said an analyst at Shenwan Hongyuan Securities.