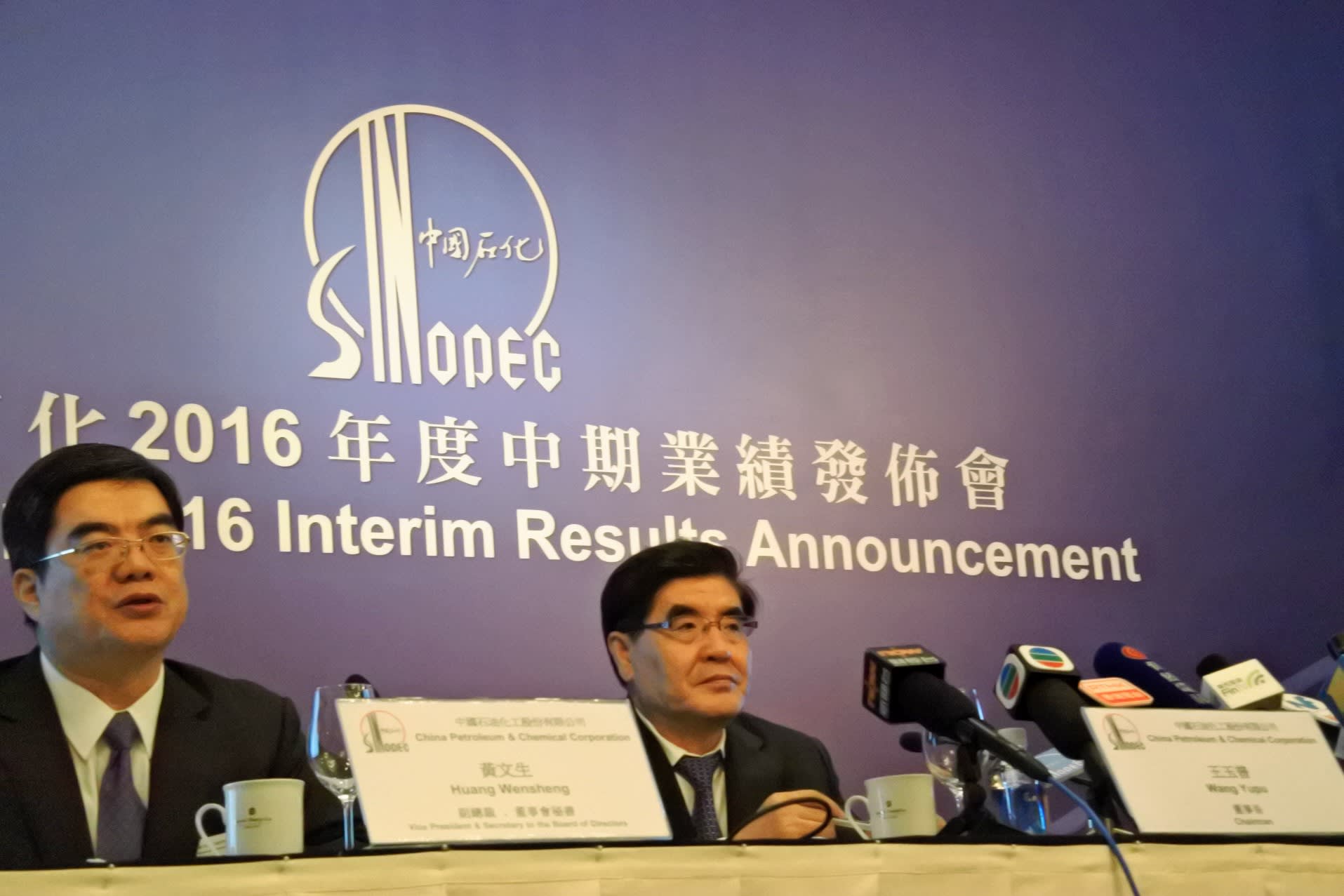 HONG KONG -- China's three petroleum giants saw their combined net profit sink 80% on the year in the January-June half due to cheap crude prices and an economic slowdown, casting a dark shadow on the country's overall economy.

Crash of the titans

The crash of these titans was caused by crude's decline earlier this year as well as China's slowdown. The market price for crude was 36.5% lower on average in January-June from a year earlier, PetroChina said. Profit margins narrowed at the companies' mainstay upstream operations, such as oil field development and crude production, while domestic demand for gasoline and other petroleum products foundered.

Their foreign investments created a further drag. The trio actively took stakes in foreign resources during China's economic boom through about 2014. But CNOOC booked 10.3 billion yuan ($1.54 billion) in impairments in the January-June period, over seven times as much as a year earlier, due to a lackluster performance by Canada-based Nexen and other acquisitions.

PetroChina also carries massive unrealized losses, a company source said. It has invested $10 billion to lead oil development efforts in Sudan, but armed conflict in the region is impacting production. The Chinese giants made inroads in Iran, Libya and other areas Western rivals are reluctant to go, but that strategy seems to have backfired.

U.S. and European companies are writing down the value of their overseas projects, but PetroChina, Sinopec and CNOOC remain reluctant. PetroChina posted limited impairment losses in January-June, but the three companies are said to carry tens of billions of dollars in potential impairments.

Chinese corporations are being forced to scale back production, and the three oil giants will continue facing a challenging environment in the second half of 2016. They plan to cut investment, such as the acquisition of interests in oil fields and pipeline construction by 40-50% this year from their peak. These cutbacks will hurt group members as well as external partners in areas such as plant building, steelmaking and machinery. The companies also likely will scale back investment in oil fields in Africa and other markets abroad.

The oil industry accounts for about 10% of China's gross domestic product. PetroChina, Sinopec and CNOOC together employ 2.6 million people -- nearly eight times as many as Toyota Motor. That figure balloons to about 10 million when including the trio's affiliates.

The three companies used to focus on providing stable employment, but they now urgently need to restructure their workforce. PetroChina cut pay for full-time workers for the first time in 2015 and began letting staff go at the Daqing oil field in Heilongjiang Province this year. Sinopec also is considering layoffs at its key Shengli oil field in Shandong Province. Such staffing cuts create a striking economic impact.

PetroChina Chairman Wang Yilin said the company plans to ship more of its products abroad. Chinese oil exports jumped 70% in the January-June half as companies try to make up for lower prices by selling more. The global energy market could tumble if leftover petroleum from China starts flooding other countries.