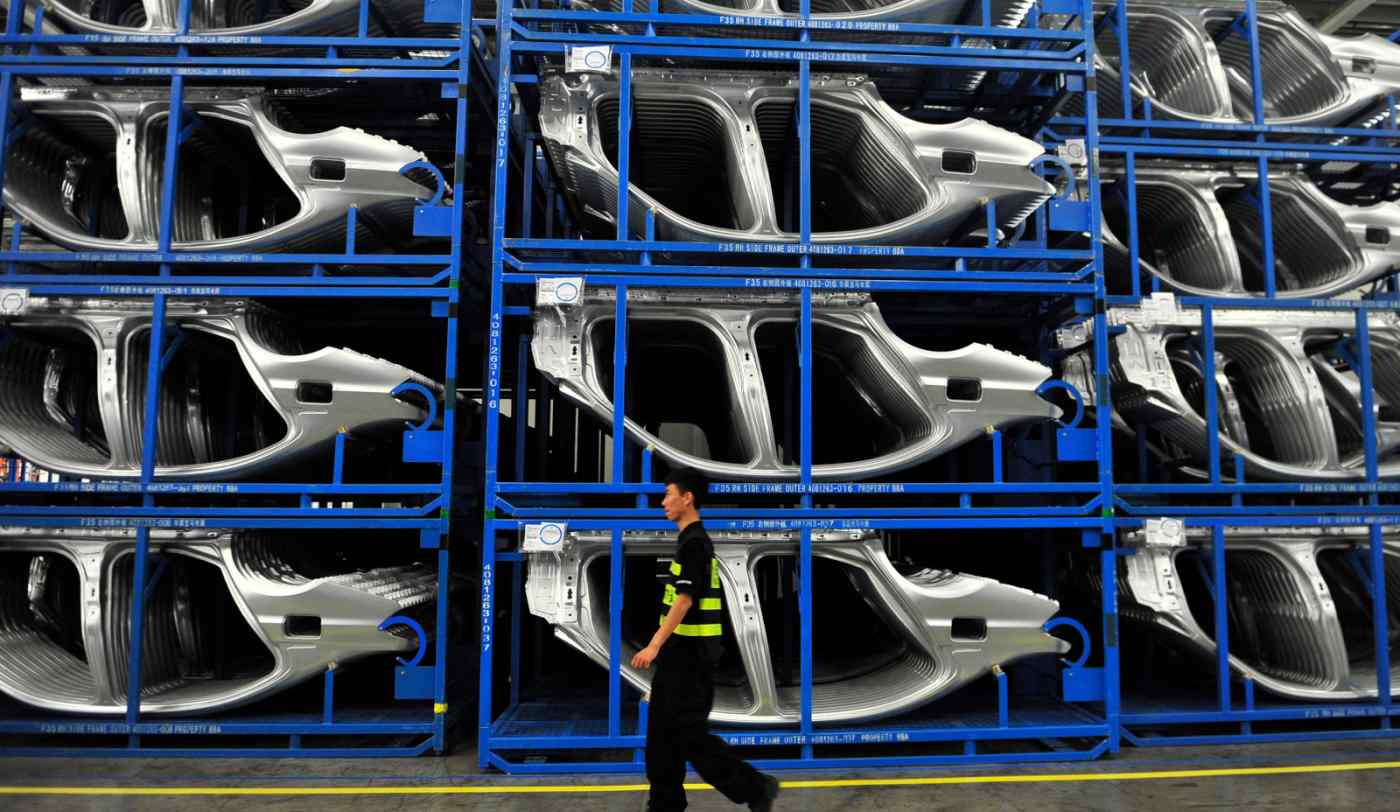 TIANJIN, China -- The Chinese government will curb automakers' ability to invest in new production capacity as soon as this year, aiming to restrain capacity that far exceeds domestic demand and thin the crowd of small local players as well as "zombies" deemed no longer economically viable.

The government will "strictly regulate investment to prevent excess," an official from the National Development and Reform Commission said on Saturday at an international auto industry conference in Tianjin, the port city close to Beijing.

The NDRC, which has the authority to grant permission on such matters, in July announced draft rules for regulating auto industry investment, aimed at strictly curbing additional capacity for gasoline-powered cars and promoting the growth of electric vehicles.

Authorities are wary of China's glut of auto output facilities impeding efforts to improve the overall state of the economy and domestic production capacity. The effort appears to be aimed at promoting reshuffling in the industry and weeding out small and midsize players.

This year's new-auto sales are expected to near 30 million units for China, the world's largest market, while output capacity appears to be at roughly 60 million vehicles' worth. The country is home to more than 100 automakers, counting small and midsize companies.

Typically, a utilization rate above 80% is seen as the threshold for an auto plant to be profitable. But the rate falls far below that target at many Chinese plants, particularly those of smaller automakers. There are concerns that lower utilization rates will dampen profitability and depress auto sales prices.

Authorities have indicated that how well capacity is used throughout the region where a factory is located will also be considered. Fresh investments could face limits in a province whose overall utilization ratio has fallen below the national average for two years, for example.

The move against excess capacity comes as domestic and international automakers in China announce plans to increase output. Japan's Nissan Motor and Toyota Motor have both said they will significantly boost production here.

Such rules would almost certainly affect the strategies of overseas automakers. The prospect has put Japanese and European auto industry groups and other bodies on their guard, though authorities are seeking public comments before hashing out a final version.

Under President Xi Jinping, China has announced that it will roll back restrictions on foreign players in the auto industry by 2022. A number of Western and Japanese automakers are looking to shift Chinese operations into high gear, but depending on the final rules, they could find themselves unable to expand.

The central government aims to have sales of new-energy vehicles reach 2 million units by 2020, up from 770,000 in 2017. Some estimates even have annual production capacity for such vehicles reaching as high as 10 million or more.