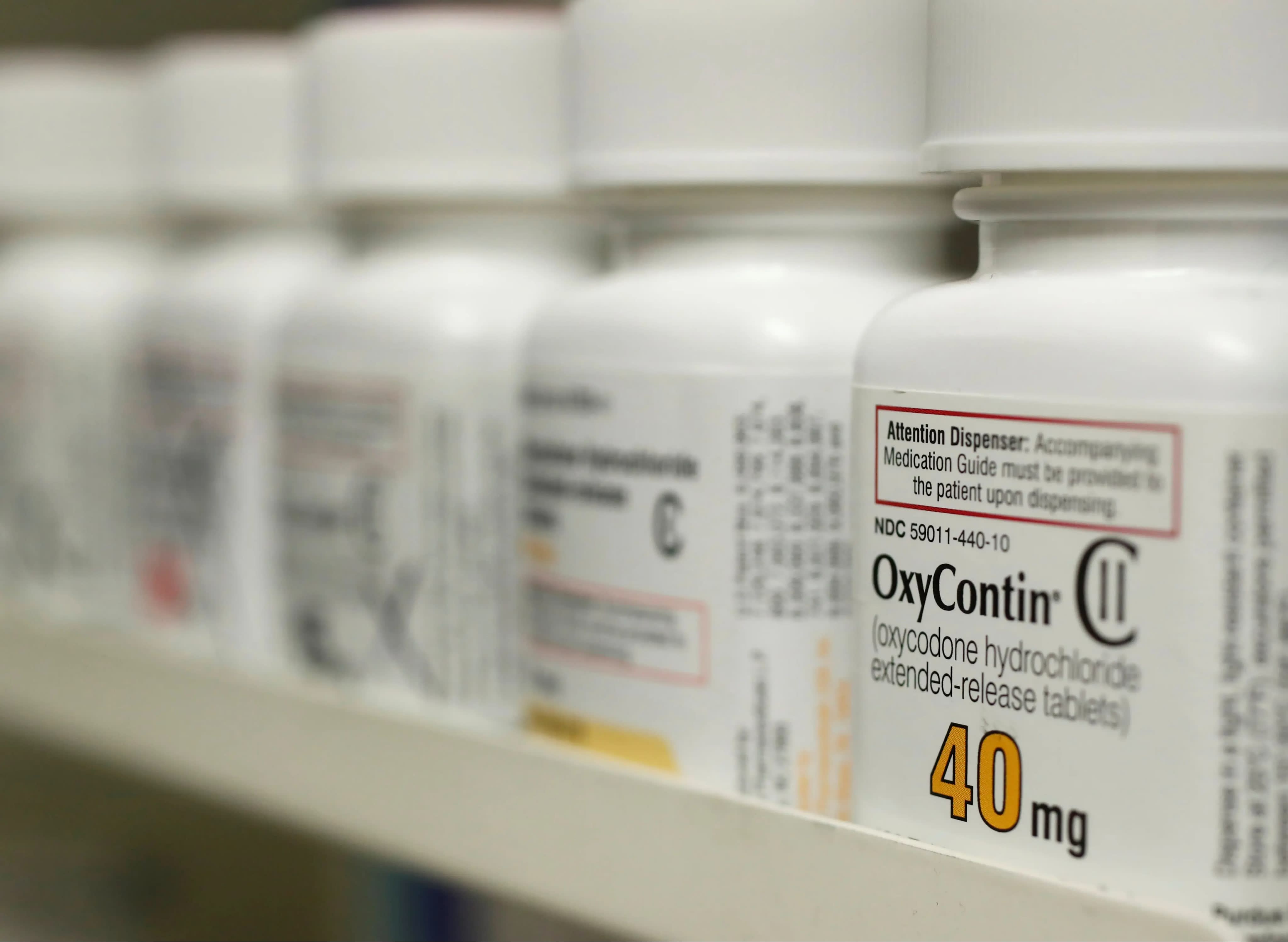 HONG KONG -- China is set this year to become the second-largest market in the world for the group of American-owned companies that make OxyContin, the painkiller blamed for setting off a deadly opioid epidemic in the U.S.

"This is where the growth is coming from," Raman Singh, chief executive of Singapore-based Mundipharma, which handles the group's sales of prescription drugs outside of Europe and North America, told the Nikkei Asian Review in Hong Kong. "By 2025, I'm hoping [China] will become the [group's] largest market, overtaking the U.S."

The private group sells a range of medicines besides OxyContin, including the antiseptic Betadine. OxyContin has been the group's clear moneymaker, however, generating more than $30 billion in sales for Purdue Pharma, the group's U.S. affiliate, over the past two decades. Purdue is owned by the Sackler family, best known for endowing galleries of Asian art in cities including New York and Washington.

U.S. sales of OxyContin have plunged in recent years amid controversy, lawsuits and reports of thousands of deaths stemming from addiction and abuse. Purdue agreed to pay $634.5 million in penalties in 2007 after pleading guilty to federal charges of improperly marketing OxyContin. Purdue last year laid off most of its sales staff.

The U.S. company's decline has gone in tandem with surging momentum at its overseas affiliates, which mostly also carry the name Mundipharma. Since Singh arrived from GlaxoSmithKline in 2011, revenues at his Mundipharma company have soared to $1.1 billion from just $65 million and thousands of sales staff have been recruited. Annual revenues for the global group of companies now exceed $3.4 billion.

China has been at the core of the group's recent growth and now accounts for one-third of the Singapore company's sales.

"China is so critical to our trajectory. For the group today, it's the third-largest market," said Singh, putting the 2018 sales gain at 24%. Singh forecast that this year China will overtake Germany as No. 2.

OxyContin and other opioid painkillers have powered the company's success in China. "In the space of pain management, our market share is between 75% and 80%," said Singh. Mundipharma's Chinese website features five drugs -- all opioids -- as its current prescription product lineup in China. "We have been very, very successful in commercializing for pain," Singh said. "That is the goal for almost all the categories we play in. We want to be the market leader."

Beijing last year added a number of the drugs made by Mundipharma, including sustained-release oxycodone, the generic description for OxyContin, to its national drug reimbursement list, which identifies prescriptions for which the government will bear most of the cost.

Singh believes there is little risk China will experience an opioid epidemic comparable to that seen in the U.S. Though the company worked with the government on a national pain management training program for doctors and hospitals, prescriptions for painkillers have been tightly controlled because of China's dark history with opium, the original opioid drug.

"In China, they have been very, very prudent... in terms of who can prescribe, what kind of patients can get the drug, etc." Singh said. "That is something that is holding back a lot of prescriptions -- in a good way. In China, only cancer patients can get these kinds of pain medications."

Singh, who also has global responsibility for the group's over-the-counter products like Betadine, has pursued a twofold strategy to expand Mundipharma's business in China and other developing markets.

First, Mundipharma has been buying licenses to sell other companies' drugs in targeted markets. Beyond pain management, other specialty focus areas for Mundipharma include oncology, respiratory disease and ophthalmology.

Second, Mundipharma has worked to build market share for existing products. This included the push to get on the Chinese drug reimbursement list, which was updated in 2017 for the first time in eight years. Unlisted drugs generally have to be paid for by patients, limiting the potential market to wealthier consumers.

The price of entry to the reimbursement system is a willingness to slash prices, sometimes by as much as 50% or 60%. For Singh, this trade-off is worthwhile. "They are wanting to make sure that everybody gets access to medicine," he said. "If you need to sacrifice some price in terms of getting volumes, we support that."

While Beijing has sometimes scrutinized foreign companies, Singh is not worried, even amid the trade war.

Justin Wang, who advises pharmaceutical clients as head of the China practice of L.E.K. Consulting, agreed that Mundipharma's market dominance in painkillers is unlikely to come under official pressure. "These are controlled substances so I assume the government is going to be quite careful and want to ensure sustainable supply and quality and not open this to too much competition," he said.

More than the government, Singh worries about pressure from unscrupulous competitors. "The local industry is notorious... in terms of selling practices, in terms of compliance practices," he said, also referring to a bribery scandal that enveloped Glaxo, his former employer.

"China is a difficult market to be in," he said. "We have the benefit of 25 years. We absolutely do things rightly, to our knowledge."

Beyond China, Singh is most upbeat about Japan, where Mundipharma has been buying back licenses it had sold to local companies to distribute its medicines. "We are putting in a lot of investment into Japan," he said, projecting that it will be the No. 2 market in the Singapore-based company's portfolio by 2023.