China rises to No. 2 market for Japan autos, surpassing home 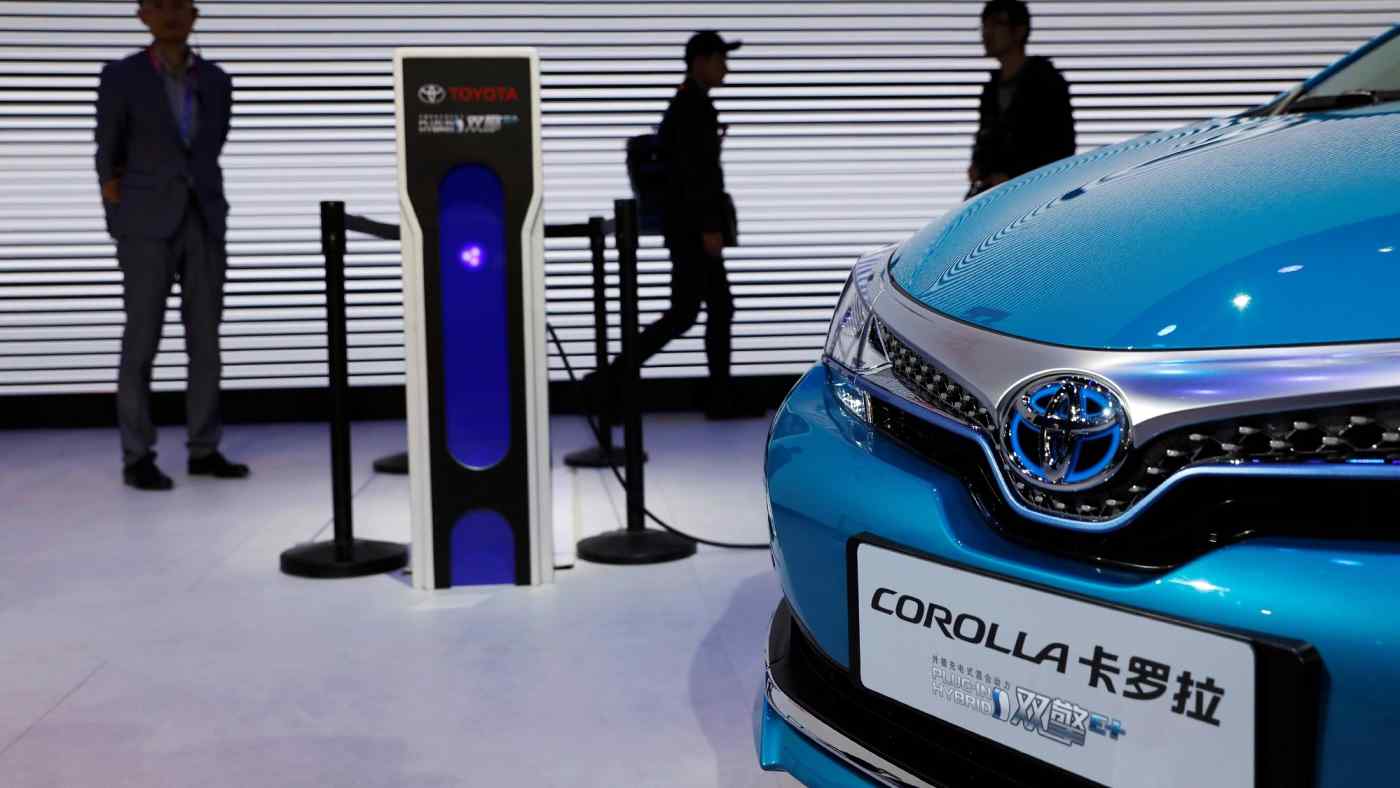 GUANGZHOU -- China is expected to overtake Japan as a market for Japanese-branded automobiles for the first time this year, with Toyota Motor and other players planning to expand production capacity in the country to limit their exposure to the brewing U.S.-China trade war.

The seven major Japanese automakers sold 2.65 million new vehicles in China between January and July, up 5% on the year, with the full-year total projected to top 5 million. Meanwhile, their sales in Japan are projected to total around 4.9 million. The U.S. will most likely remain their biggest market.

China served as more of a supplementary market for Japanese automakers through the early 2010s. But this has changed as their Chinese sales soared 60% in the past five years. China already ranks as the largest auto market globally, with projected sales of 30 million units this year compared with 17.5 million in the U.S. Beijing also is eager to present itself as an open market, making moves to let foreign automakers hold majority stakes in joint ventures.

As trade tensions between the U.S. and China fan protectionist rhetoric around the world, automakers are looking to produce more cars in the market they are intended for to guard against potential tariffs.

Toyota will invest about 100 billion yen ($900 million) to lift its annual production capacity in China, currently at 1.16 million vehicles, by 20%. It is planning to add another 120,000 units in capacity to an assembly plant in Tianjin operated by a joint venture with FAW Group, as well as a similar increase at a Guangzhou plant under a separate venture with Guangzhou Automobile Group.

Much of the expansion will be for electric vehicles and plug-in hybrids. China will require that electrified vehicles make up a certain proportion of automobile output starting next year, as the country seeks to accumulate related expertise. Toyota expects its Chinese sales to grow 9% this year to a record 1.4 million units. The automaker plans to roll out its first locally made Toyota-brand electric in the country in 2020. The new facilities are scheduled to reach full operation in the early 2020s, as Toyota works to catch up with rivals such as Volkswagen and General Motors who lead the Chinese market.

The automaker hopes to hone its electrification technology in China. "We are working on electrics here ahead of other regions," said Kazuhiro Kobayashi, a senior managing officer in charge of China operations.

Toyota is not alone in its increased focus on China. Honda Motor is gearing up to release electrics designed specifically for China this year, and plans to roll out more than 20 electrified models here by 2025. Nissan Motor's joint venture with Dongfeng Motor Group will pour 60 billion yuan ($8.71 billion) by 2022 into expanding capacity and developing electrics.