Crackdown on coal affects graphite electrodes for steel production and batteries, as well as commodity plastics 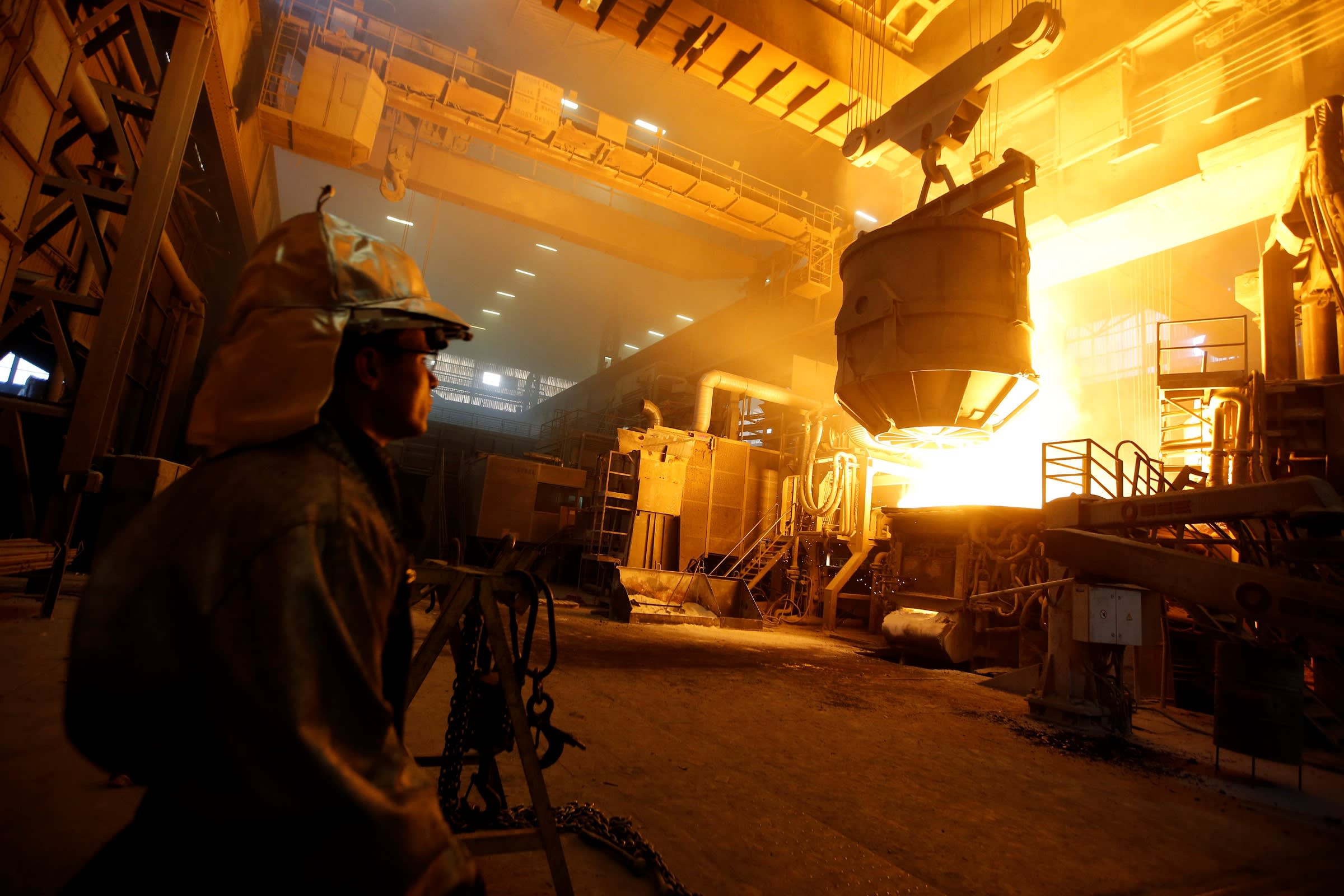 TOKYO -- The Chinese government's fight against air pollution has pushed up prices for materials used in greener steel production, as well as in commodity-grade plastic.

Japanese chemical maker Showa Denko is cashing in on the stricter environmental policy. At a production site in Nagano Prefecture recently, graphite electrodes -- which look like cannon barrels -- were lined up for shipment. The company recently boosted production capacity 7% to an annual 45,000 tons at the site, but is still having trouble keeping up with orders. Showa Denko expects its operating profit to jump 80% on the year in fiscal 2018.

Graphite electrodes generate heat through electrical conduction, raising the temperature of electric furnaces up to 3,000 C to produce crude steel from scrap steel. Electric furnaces do not require coal to produce steel, and emit less carbon than blast furnaces, which extract steel from iron ore.

Fellow graphite electrode supplier Tokai Carbon has already sold out all production planned through 2019, President Hajime Nagasaka said. The company plans to boost production capacity though equipment updates and double or triple product prices in fiscal 2018. Profit from the segment covering the material is expected to skyrocket nearly 30 times compared to this fiscal year.

Since 2012, output from electric furnaces had fallen in proportion to the global production of crude steel. But the tide has shifted now because of Chinese President Xi Jinping's push to improve air quality. Beijing implemented a crackdown on producers of low-quality steel below environmental standards, with a deadline of June 2017.

China is urging domestic steel producers to switch to electric furnaces, with the aim of raising the proportion of such output to 20% from less than 10% now.

The electric-car push in China is also causing an upheaval. Needle coke -- from which graphite electrodes are made -- is in high demand, not just because of the shift in steel production but also because it is used to make lithium-ion batteries in electric vehicles. Needle coke prices are up three or four times over the past year on competing demand from graphite electrode makers and battery material producers. Massive factories for a battery component containing needle coke are planned.

The move away from coal is also affecting the prices of polyvinyl chloride, used in water pipes and other applications. With production capacity equal to over half of global consumption, China had supplied the broader Asian market with the plastic material for low prices. But the situation has changed because Chinese authorities have ordered the suspension of production facilities that use coal as a feedstock.

Japanese companies filling the supply gap are earning well. Tosoh, for example, logged a record profit in fiscal 2017, with the segment including PVC accounting for half its operating profit. Asahi Glass, the PVC market leader in Southeast Asia, generates half its profit from chemical products.

This is not the first time China has roiled the materials industry. Starting in around 2000, massive domestic factories of commodity-grade chemicals hit the market. Japanese companies had to downsize or withdraw from competing operations amid compounding difficulties from the rising yen and pricier crude oil.

Now, as Beijing prioritizes the environment over the economy, chemical producers have been put on a tight leash. "Our local production facilities have multiple inspections by the environmental authorities," said Mitsui Chemicals President Tsutomu Tannowa. Some producers are leaving China to move their operations to places like Thailand and Vietnam.  "Orders for feedstock caustic soda have increase in Southeast Asia," said an Asahi Glass official.

The stricter environmental regulations are putting a squeeze on livestock feed makers as well, as authorities crack down on producers of taurine -- an amino acid used in feed.

Many industry insiders agree that the current conditions are unprecedented. The higher materials prices appear to be the result of a structural change in the Chinese economy, rather than a temporary bubble.