Shein and Zaful's ultracheap styles drive sales in US, Europe and Middle East 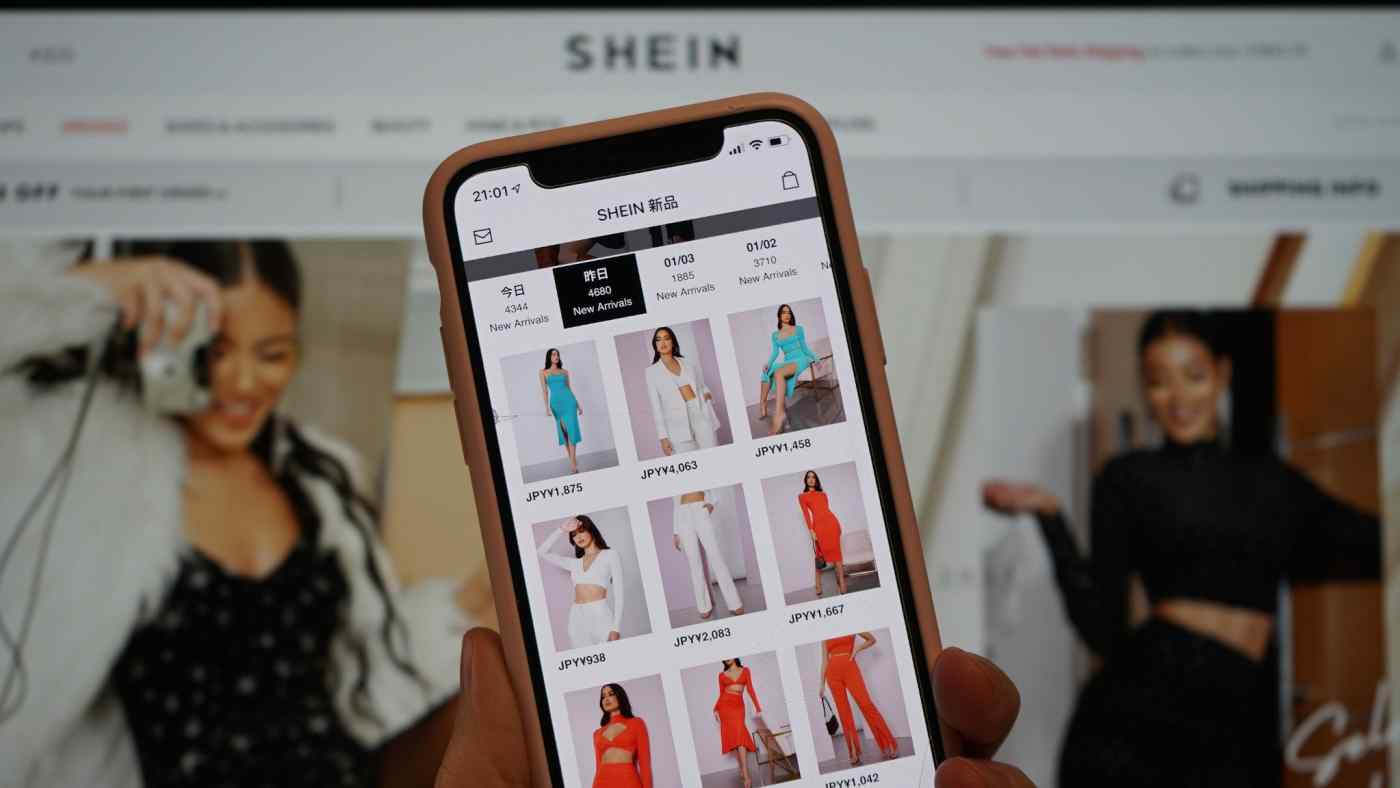 TOKYO/GUANGZHOU -- Chinese startups are taking the global fast-fashion market by storm, offering a near-endless supply of styles at almost impossible price points as they challenge more established rivals like Zara.

Given the cutthroat competition at home, many of these companies focus almost exclusively on overseas markets to fuel their rapid growth. But logistical hurdles and growing headwinds against Chinese businesses loom heavy over their ambitions for global success.

From $5 miniskirts to $17 blouses, Shein's app lists thousands of products with ultracheap price tags. The company's plain T-shirts sell for $8, about half the price as at Inditex's Zara, currently the world's biggest name in fast fashion.

Shein, one of the biggest names among China's fast-fashion startups, debuts as many as 4,000 items daily, and it is virtually impossible to keep up-to-date with all of its offerings.

Searching for Shein on Instagram yields over 1.9 million results, mainly younger women posing with knits, dresses and other clothes from the company. The posts come from all over the world, including the U.S., Europe and the Middle East.

Shein sells exclusively online, operating no brick-and-mortar stores. Its app had topped 100 million downloads and counted over 20 million annual users as of 2019, the company said.

The business has skyrocketed, with sales jumping by a factor of 16 between 2016 and 2019 to 16 billion yuan ($2.47 billion at current rates). Shein logged almost $10 billion in sales during 2020, Chinese news outlets report.

The company's value is estimated at $15 billion, according to CB Insights -- placing it 10th among the world's unicorns, or unlisted startups worth $1 billion or more.

The clothier's growth has been driven partly by its relationship with suppliers. Shein works closely with factories in Guangzhou, which is home to a bustling clothing industry, in order to produce a wide variety of products in short periods of time.

It reportedly ranks suppliers based on delivery timelines and defect rates. Those at the bottom are cut, while those at the top receive incentives, like help with capital investment.

Shein also analyzes the lineups and other data of its competitors.

"It identifies trends using big data to better manage production and inventory," according to brokerage firm China Merchants Securities. The company mostly flies its products out of Guangzhou to customers worldwide.

Other Chinese startups have bounded onto the global stage. Zaful, operated by a unit of Global Top E-Commerce, sells cheap apparel online mainly to customers in the U.S. and Europe. It has succeeded in attracting younger fans by quickly adopting tactics like live commerce, or selling products on a livestream, and allowing customers to interact with each other.

Jollychic, an e-commerce site run by Zhejiang Jolly Information Technology, hosts apparel along with a wide spectrum of products. The platform also developed a payment service. Jollychic holds a large share in the Middle East, where it is called the region's answer to Alibaba Group Holding, the Chinese e-tailing leader.

Shein and its fellow apparel startups have almost no name recognition in China due to their focus on offshore markets. Alibaba's Taobao online mall is entrenched at home, and the competition among clothing brands is fierce.

These companies "have forsaken the relentless competition in the domestic market and have wielded their proximity to production areas as their weapon in foreign expansion," said Taka Saito, head of the Tokyo-based apparel industry consulting firm Demand Works.

Though Shein has achieved dramatic growth quickly, it remains far from catching up to global apparel heavyweights. Inditex, the Spanish group behind Zara, amasses over $34 billion in revenue yearly. Uniqlo's Japanese parent Fast Retailing reports over $19 billion in annual sales.

Shein's distribution network is still a work in progress. U.S. orders take over 10 days to reach the customer's door, while Zara completes that process in two to four days.

Shein's strength in offering affordable articles is exposed to competition.

"Even if [Shein] weaponizes low costs to lure young consumers, if something cheaper comes along, it risks losing customers," Saito said. The company "needs to marshal its collective strengths, including its design aptitude."

International pressure against China also causes concern for the apparel startups. Shein and others operate websites in English and various local languages. It appears that many customers do not know those services originate from China.

In June, India blacklisted a multitude of Chinese apps, including Shein's. This move came amid a lengthy border standoff with the Chinese military.

U.S. President Donald Trump's administration looks to ban the video sharing platform TikTok and other Chinese apps over fears of personal data leaking to Chinese government officials. If Shein maintains its rapid ascent, the company may attract the attention of foreign regulators.