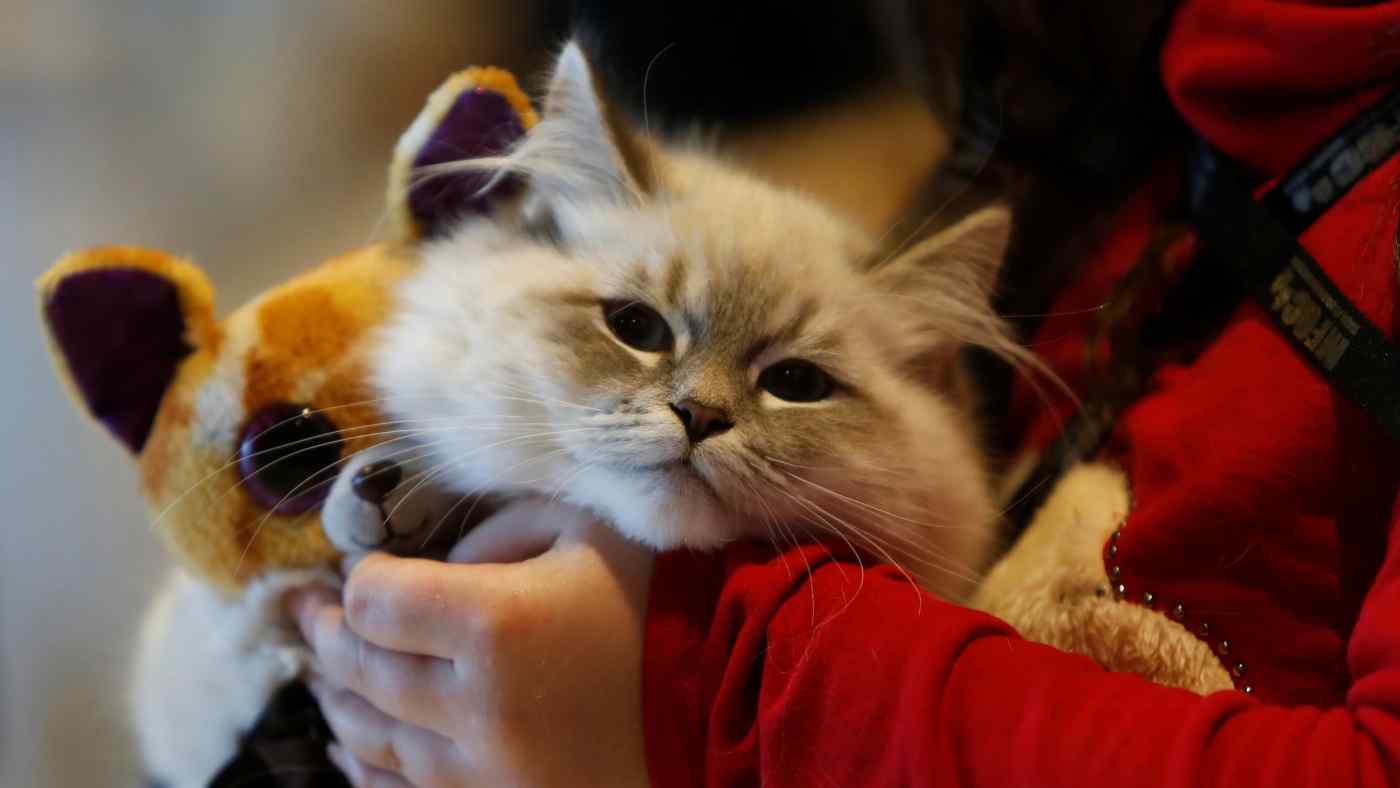 The Chinese market for pets and pet-related goods has more than tripled over the past five years.   © Reuters
NAOKI MATSUDA, Nikkei staff writerFebruary 18, 2019 13:28 JST | China
CopyCopied

SHANGHAI -- China's overall retail sector may be in the doldrums, but pet stores are enjoying a boom as consumers look to spend on what really makes them happy.

The country's market for pets and pet-related goods has more than tripled over the past five years. Department stores and supermarkets, on the other hand, are seeing growth slow.

Her beloved kitty eats only the best of the best -- imported (read safe) Canadian cat food bought online. She has also invested in everything from a state-of-the-art automated kitty-litter tray to a special cat-sized sofa.

The 24-year-old Shanghai resident loves nothing more than posting footage of herself with her feline friend edited to music on TikTok, the hugely popular video-sharing app known in China as Douyin.

The value of China's pet market reached 175 billion yuan in 2018 and is expected to grow to 198 billion yuan this year, according to Chinese company You Chong Research. Japan’s, by contrast, stands at about 1.5 trillion yen ($13.5 billion).

In Shanghai, some stores have installed pet pools, so even if you are never able to afford that kind of luxury for yourself, your pooch need not miss out.

The boom can in part be put down to young consumers who are happy to forgo nonessentials so they can spend on experiences. The trend can also be seen in the travel sector; TikTok is full of videos posted by people visiting obscure locations rather than well-known tourist spots.

Combined online and offline retail sales of consumer goods in the country grew 9% from the previous year in 2018, falling into single digits for the first time since 2003.

If people like Gao are anything to go by, the key to getting young Chinese to loosen their purse strings lies in offering what is really important in their life, or that of their pet.