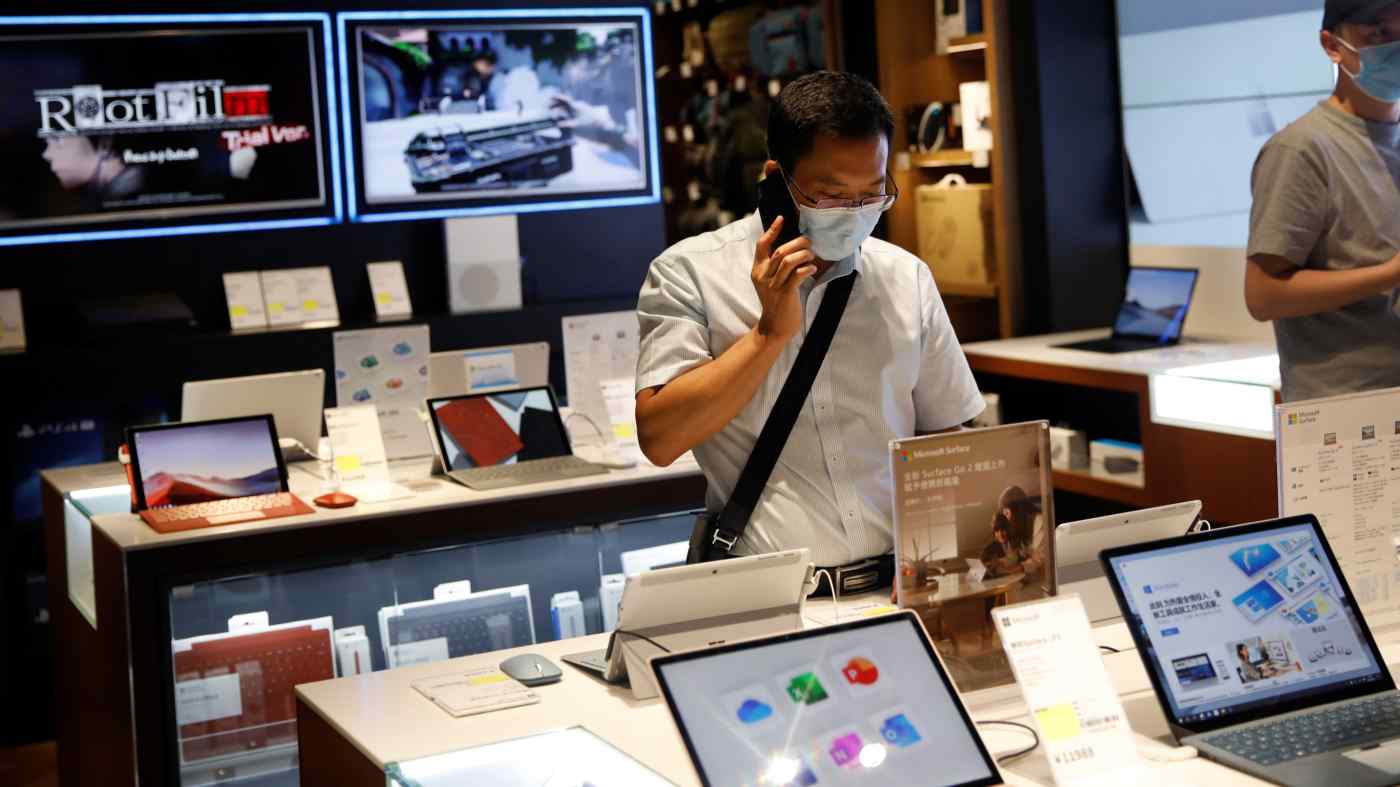 BEIJING/SEOUL -- As the global market for liquid crystal displays nears saturation, China's top two producers are rushing to acquire existing facilities in a bid to further cement their dominance.

Production capacity for LCDs has risen in recent years, largely due to aggressive state-backed investments in China. But the rise of more advanced products like organic light-emitting diodes has prompted LCD makers to shift away from building new plants and go after existing assets instead.

BOE has said the purchase is part of its plan to become the global leader in the panel industry. The Beijing-based company last year ranked second worldwide in the production of large LCDs used mainly in televisions, and it is expected to overtake South Korea's LG Display for the No. 1 spot soon.

Fellow producer China Star Optoelectronics Technology has signed an agreement with Samsung Electronics to buy the latter's majority stake in a shared plant in Jiangsu Province for $1.08 billion, as Samsung withdraws from the LCD market.

Global capacity for LCDs has increased in recent years due to growing demand for TVs and smartphones. In particular, regional governments in China backed the industry with generous subsidies.

The rise of Chinese producers has quickly turned LCDs into a general-purpose commodity with thin margins.

"There's no way to win anymore, including on costs," one industry executive said. China is expected to account for roughly 70% of global capacity in 2022, up 20 percentage points from 2019.

But China, concerned about a glut in the field, has urged regional governments over the past few years to shift focus to OLED panels. Global LCD capacity will fall for the first time ever in 2021, largely due to a decline in Chinese investment, predicts U.S.-based research company Display Supply Chain Consultants.

BOE already has said it will not build any new LCD factories. Though some other Chinese players plan to construct or expand plants, partly to bolster the country's coronavirus-hit economy, most of those projects will be finished by 2023.

The slowdown in capacity growth, combined with a surge in demand for computers and TVs amid coronavirus lockdowns, looks to keep LCD prices stable for some time -- a boon for many panel makers that had been stuck in the red.

South Korean display makers like Samsung and LG Display are focusing on the next generation of products, like organic light-emitting diodes. Samsung has used OLEDs in its smartphones, including foldable models that take advantage of the panels' flexibility. LG Display also supplies OLED panels to Apple.

But OLEDs have been slow to catch on in televisions. Fewer than 2% of televisions on the market use these new panels, with most customers still opting for much cheaper LCD models instead.