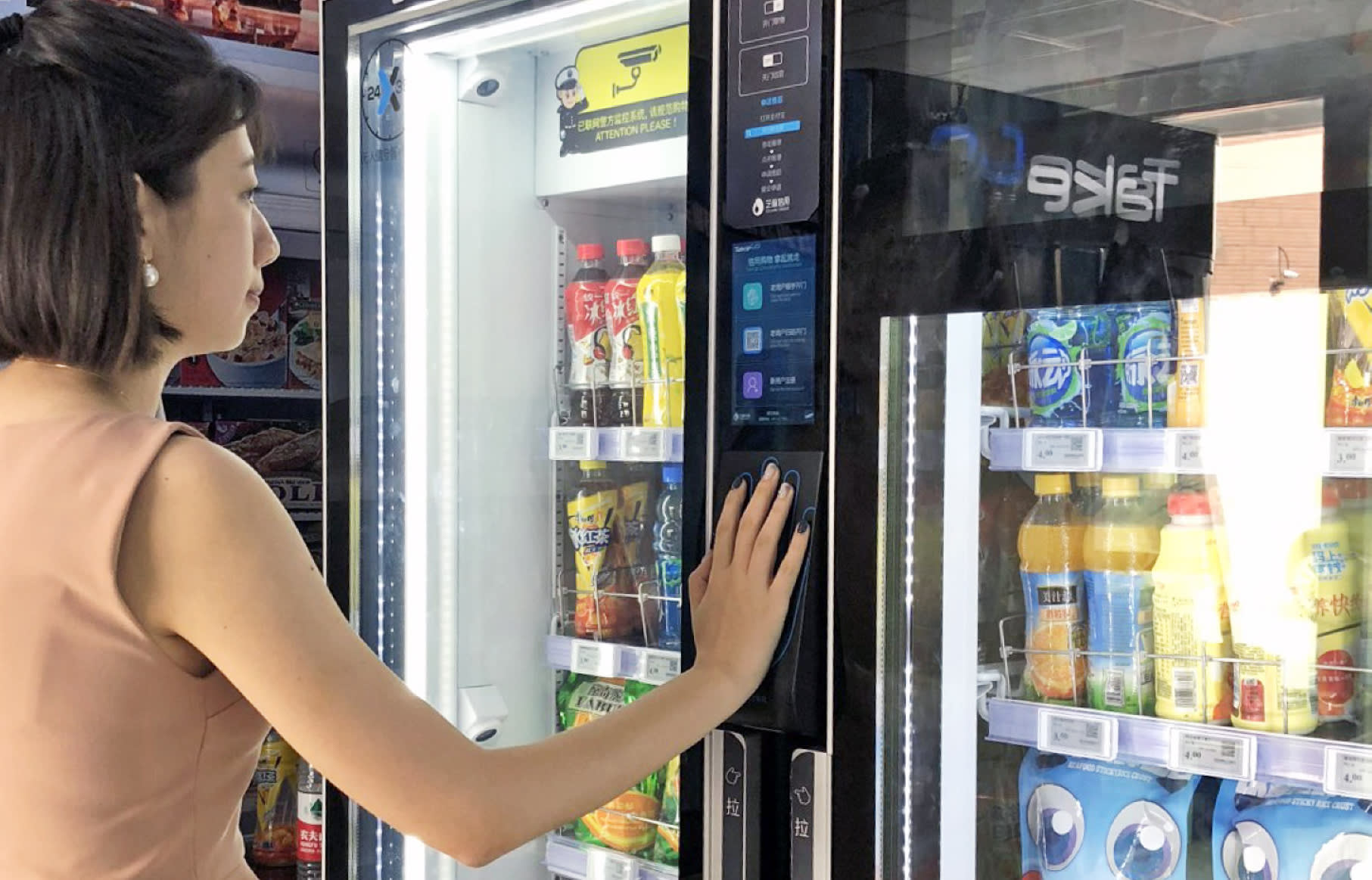 DALIAN, China -- In a sign that China is quickly becoming a cashless society, vending machines that accept mobile payments through advanced identification systems are cropping up by the tens of thousands.

Several of the machines can be found at a mixed-use building in Shanghai. At first glance, they appear to be refrigerated food display cases, similar to ones at convenience stores. But a closer look reveals palm readers.

One day recently, a woman approached a machine that sells tea, pastry and sweets. After the biometric system confirmed her identity by scanning the veins on her palm, a door opened and she was able to grab her item. A camera inside the machine records what she selects, and the bill is sent to her Alipay account once the door closes.

DeepBlue has landed orders for 20,000 of its machines, which carry price tags of between 30,000 yuan and 35,000 yuan ($4,600 to $5,400). They are superior to conventional vending machines, said DeepBlue founder and CEO Chen Haibo. The company's immediate rivals are convenience stores, he added, the reason being smart vending machines' minimal operating costs.

Other Chinese startups have entered the smart vending machine fray. MissFresh Bianligou, a Beijing company, is developing a device that employs cameras and weight sensors to tell which product a customer selects. Ele.me, Alibaba's food delivery unit, is also busy developing vending machines with weight sensors. In China, vending machines in general are not as common as in other countries. On top of concerns about theft, many machines only take coins, which are not widely circulated in some parts of the country.

Vending machines that accept smartphone bar code payments do not have these problems. But smart vending machines, with their sensors, cameras and other high-tech innovations, represent another step forward. Easy to use and offering a wide array of products, the smart machines are being positioned to take market share from minimarts. Offices are a potential target market as well.

Staffless retailing, which includes smart vending machines, is expected to grow into a 13.5 billion yuan market by 2020, according to China-based consultancy iiMedia Research. That would represent a small but not negligible chunk of the estimated 190 billion yuan convenience store market in 2017. The field is also awash with investment cash, with roughly 50 companies raising a total of approximately 5 billion yuan for technological development, according to Chinese media reports.