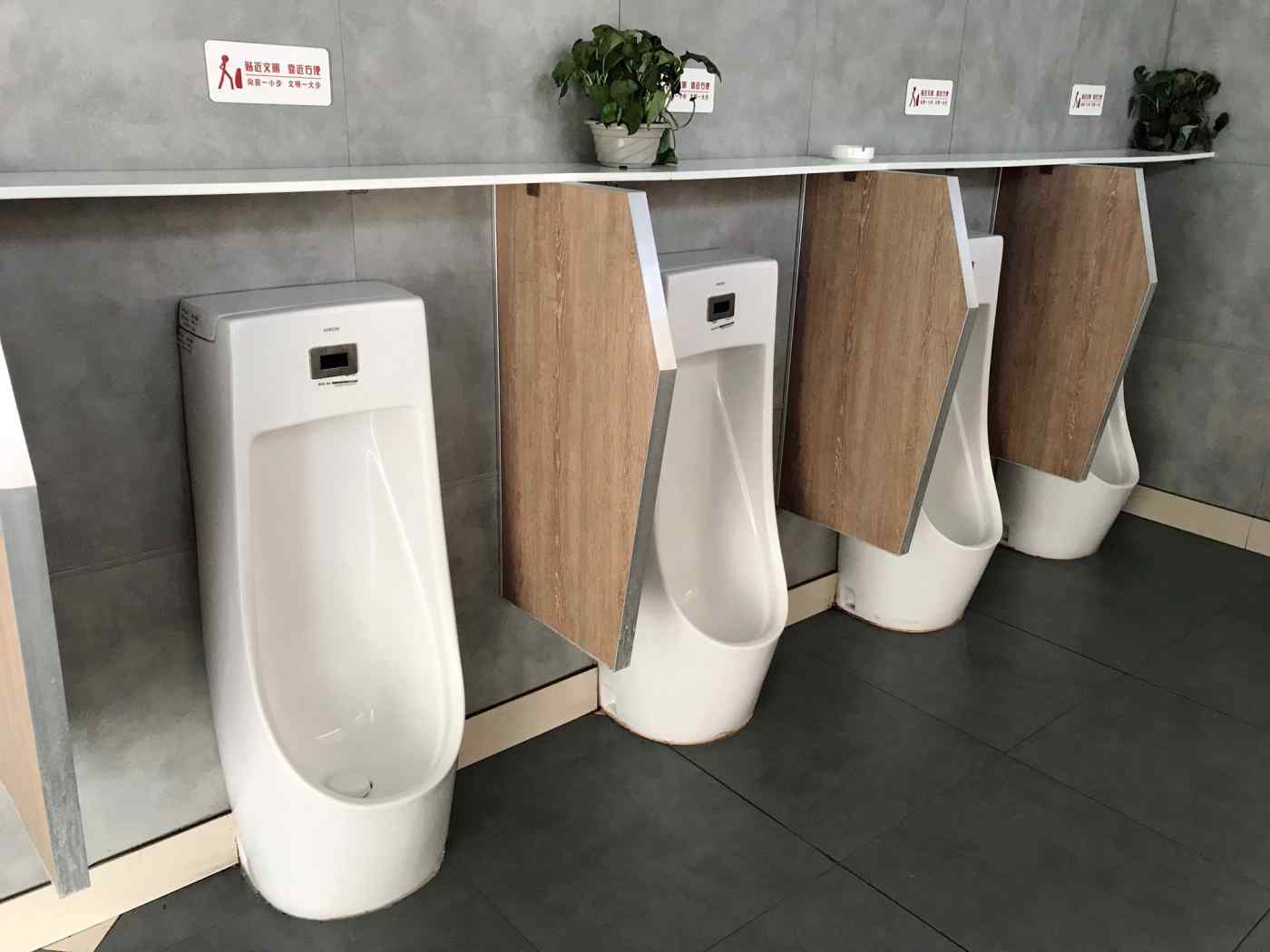 BEIJING -- A walk in the park in Nanjing means more than a breath of fresh air outdoors. Visitors to the city's Huashen Lake can also breathe easy in the once-famously filthy toilets since the government's drive to clean up public facilities.

Clean, comfortable and even a bit luxurious, visitors in need of relief are greeted with soothing music, greenery and toilet bowls awash with soapy suds. One almost wants to linger.

Public toilets in China still need a good scrubbing, but a countrywide campaign to make them sparkle is improving the user experience.

Chinese President Xi Jinping launched the "toilet revolution" to upgrade facilities across the nation, not just in scenic areas and along tourist routes but also in rural areas, where the problem has been especially bad.

By pushing the policy effort to build, expand and renovate toilets across the country, Xi hopes to boost support.

Jiangsu Province, where Nanjing is located, was officially commended last year for its "outstanding achievement in the toilet revolution."

The "eco-friendly" toilet at Huashen Lake is evidence of the progress. People are greeted by an electronic sign indicating vacant stalls and the number of users at the facility that day, as well as statistics showing electricity and water usage, both of which are computer-controled. An electronic sign for a smart toilet shows which stalls are vacant and the amount of water that has been used.

Nanjing upgraded some 650 public restrooms in 2017 alone, according to local media. But Jiangsu is by no means alone in pushing the revolution forward. Qinghai and Gansu are also among the provinces promoting the movement with great zeal.

The national campaign has been accelerated by an "important directive" issued by Xi in November, calling for redoubling the efforts to improve the bathroom experience for the masses. "The toilet is no small thing," he said, ordering a fresh nationwide drive to build clean and modern bathrooms to complete the toilet revolution he initiated in 2015.

Under Xi's order, the China National Tourism Administration in 2015 launched a three-year plan to build clean toilets at tourist spots around the country. As of October 2017, some 68,000 toilets had been built or upgraded, surpassing the target. In November last year, Xi called for expanding the campaign to rural areas.

Until recently, public toilets in China were places few foreigners would dare to visit.

In the not-so-distant past, foreign visitors to China were invariably shocked by the so-called "Ni Hao toilets," which have no partitions, meaning you can see others as they used the facilities. 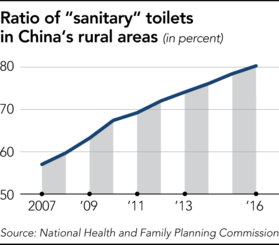 The 2008 Beijing Olympics led to a great improvement in the toilet situation in large cities and at popular tourist destinations in the country.

The cleanliness of toilets in local cities and rural areas is still less than satisfactory. Sanitary toilets were used by about 80% of the nation's rural population in 2016, up from 57% in 2007, according to the National Health and Family Planning Commission.

But the picture is far from pretty, with some 400 million Chinese still living without decent toilets, according to an estimate.

Xi's fresh attempt to push the toilet revolution further was prompted by a sense of urgency about the need to raise the living standards in rural areas, which are far below those in large cities.

After becoming the country's supreme leader in the autumn of 2012, Xi made a point of checking the toilet situation during his visits to farming villages.

Xi did so also in December 2014 when he visited the house of Hong Jiayong during his inspection tour to Shiye, a town in Zhenjiang east of Nanjing.

"When President Xi came to my house, he stopped to ask me if we used a flush toilet," Hong recalled. "When I answered yes, the president, looking pleased, said, 'Although the toilet is small, it is a big issue for people's lives.'" 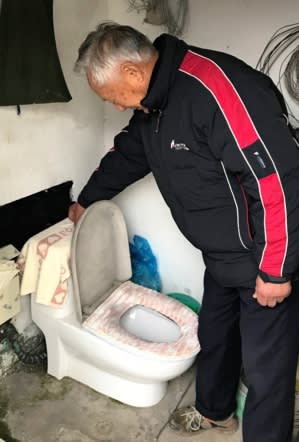 The availability of flush toilets is rising in rural areas, but there is still room for improvement.

There is no doubt that the four decades of economic development in China under the "reform and opening up" agenda have greatly raised the standard of living among Chinese, bringing such modern amenities as TVs and refrigerators to families across the vast country.

As symbolized by the toilet situation, however, the improvement in the quality of life has not matched economic progress in the country, failing to measure up to people's expectations.

Xi's toilet revolution is a policy response to people's lingering discontent with the quality of their lives.

The movement has been warmly welcomed by most people. A 28-year-old woman working as an accountant in Xi'an said she has seen toilets around her being upgraded fast.

The campaign for better bathrooms is also contributing to making Chinese feel more proud of their country, now the world's second-largest economy.

Some citizens, however, take a dim view of the massive spending on the campaign, which has prompted many local governments to flush huge amounts of money away as they compete to build overly luxurious toilets.

A woman in her 30s living in Beijing said there are many other policy areas that require more public spending, such as health care and pensions.