Chinese automakers cut in on Japanese rivals in Indonesia 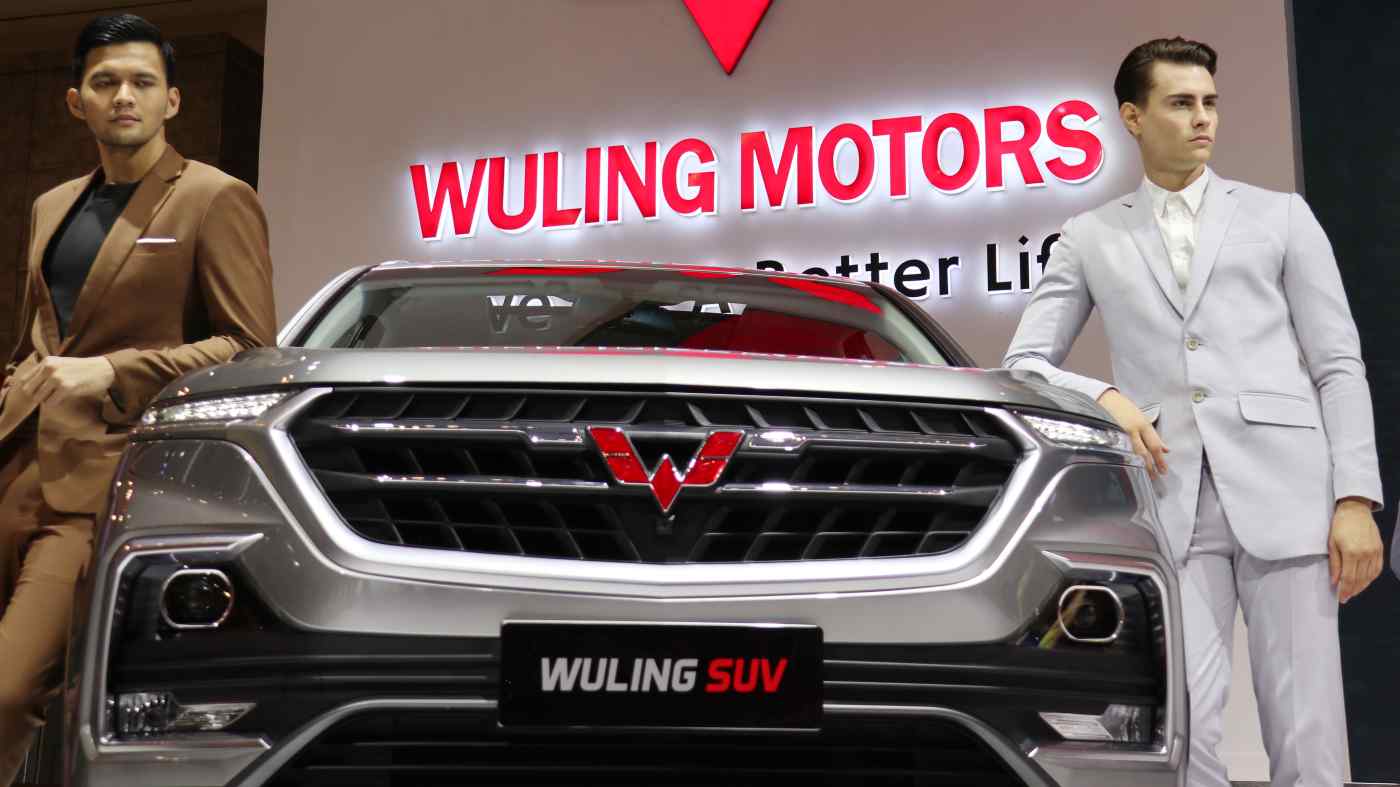 Wuling plans to bring an SUV to Indonesia, where it has carved out a 1.5% market share. (Photo by Shotaro Tani)
SHOTARO TANI, Nikkei staff writerAugust 7, 2018 11:56 JST | Indonesia
CopyCopied

TANGERANG, Indonesia -- For Japan's automakers, Indonesia is nothing less than a home away from home. They control 90% of the market. Chinese manufacturers, however, are out to change that.

"He completely passed us by," complained a staff member at Datsun's booth at the Indonesia International Motor Show, which started on Thursday. The "he" referred to Indonesian President Joko Widodo, who made his first appearance at the annual event since taking office in 2014.

The lack of a Widodo visit was not the only sucker punch for the Nissan Motor marque. The president spent noticeable minutes with two Chinese automakers, Wuling Motors and DFSK Motor Indonesia. Both companies' booths were as large as those of their Japanese competitors -- a major change from last year, when their sections were much smaller and DFSK was relegated to the periphery.

Widodo had good reason to spare some time to promote the Chinese players. Both companies have shown their commitment to Indonesia with investments.

Wuling poured $700 million into a factory in Cikarang, West Java, which can produce 120,000 vehicles per year. The company said 56% of the components in its Confero model were Indonesian, and it has increased its local dealer network to 80 from 35 last year, claiming to have created 3,000 jobs.

DFSK, meanwhile, invested $150 million in an Indonesian plant and intends to build an engine factory in the country as well. The Chinese company will also increase its local dealership count to 50.

Though both companies are new to the Indonesian market, they are making significant strides. Wuling only launched its flagship Confero minivan last year and its Cortez line in February, yet it says it has sold 14,000 units. The automaker also has an agreement with local taxi company Express to supply 150 Conferos.

"We even had a customer who gave his baby the name Confero," said Cindy Cai, vice president of Wuling. The company announced at the annual motor show that it is bringing an SUV lineup to Indonesia, where the vehicles are fast becoming popular.

DFSK is even more of a newcomer, having released its Glory vehicle in July. The seven-seater has been branded as an SUV, further blurring the line between minivans and SUVs in Indonesia. Franz Wang, managing director at Sokoindo Automobile, which manufactures DFSK cars, said 300 customers had registered to order. DFSK is a newcomer to the Indonesian market, having released the Glory in July. (Photo by Shotaro Tani)

Indonesian consumers have long been loyal to Japanese automakers, but younger generations are more inclined to seek value for money. Wuling's Cai said this was what her company offered.

"We have a very good car. The features are abundant and the price is reasonable," she said. "We provide more options for the Indonesian customers. For our price, we have more features, I think that is our strong point."

Wuling’s cheapest offering for the Confero comes in at 134 million rupiah, or about $9,000 -- around the same price as Japanese cars competing in a similar market segment -- but has a bigger vehicle body and engine displacement.

Data from the Association of Indonesian Automotive Industries shows that Wuling has steadily increased its share of the Indonesian market, reaching 1.5% in the first half of this year -- already overtaking Datsun, Nissan and Mazda.

Japanese automakers are starting to take note of the threat posed by their Chinese counterparts.

“This is a car we developed for Indonesia,” said Takehiro Watanabe, president of Honda Prospect Motor. Honda announced at the motor show its first full model change for Brio, its city car aimed at emerging markets. According to Tsutomu Harano, Brio's chief engineer, the biggest change was giving the car a more spacious back seat and luggage compartment to cater to families with small children. The lowest price offering for the car, which is set to be delivered to customers in October, is around 130 million rupiah.

"When we look at the Chinese cars, to put it bluntly, they look cheap in quality. There are also lingering safety concerns," said an executive from a Japanese automaker who asked not to be named. "But we cannot rest on our laurels. Look at what happened in the mobile phone market. It didn't take long for Chinese companies to be ranked among the best in the world."