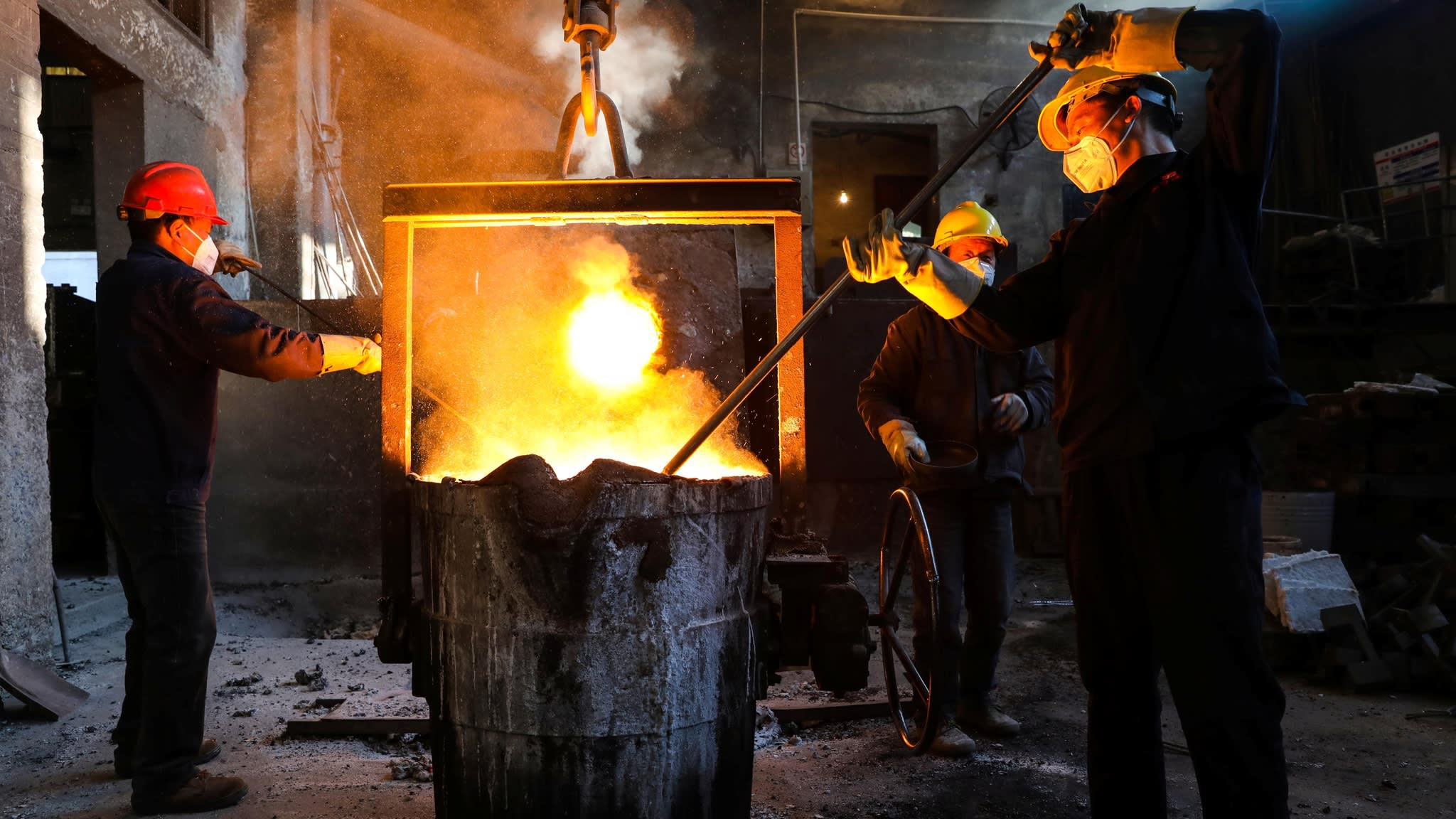 SHANGHAI -- Chinese businesses defaulted on less than 24 billion yuan ($3.4 billion) in corporate bonds during the first quarter, down nearly 30% on the year, as the government pressed banks to pour on support in response to the coronavirus epidemic.

The decline follows a spike in defaults in recent years and comes even as corporate earnings are laid low by virus-induced disruptions.

China's banking authorities have told banks to offer loan deferments to small, midsize and microenterprises. But provincial governments appear to have pushed banks to prop up major government-owned enterprises in their areas as well.

"We are driven to respond to large companies more than small and midsize businesses," said a representative at a major bank.

China's annual corporate bond defaults totaled no more than around 10 billion yuan until around 2015, but they began skyrocketing in 2016. A deleveraging campaign led by the central government squeezed the flow of shadow lending, tipping some issuers into default, while the trade war with the U.S. starting in 2018 led to an economic slowdown. Defaults reached an all-time high of roughly 167 billion yuan last year.

Data provider Refinitiv said $1.6 trillion worth of corporate bonds are due by the end of 2022. The sum covers debts denominated in yuan and in foreign currencies.

With corporate profits suffering, banks have offered breaks to businesses such as financing with shorter screening periods. Big corporate bond issuers have been able to refinance debt or gain access to operating funds, avoiding bond defaults.

Fewer defaults mean bankruptcies will be averted in the short term and jobs will be saved, as President Xi Jinping's government hopes.

Yet the coronavirus outbreak in the U.S. and Europe could be prolonged, which would hurt demand for Chinese-made goods and potentially leave banks saddled with more nonperforming debt.

Substantial risks remain in China's financial system. Nonperforming debt at commercial banks topped 2.4 trillion yuan at the end of 2019, up nearly 20% from a year earlier. The amount of debt at risk of nonperformance totaled 3.8 trillion yuan.