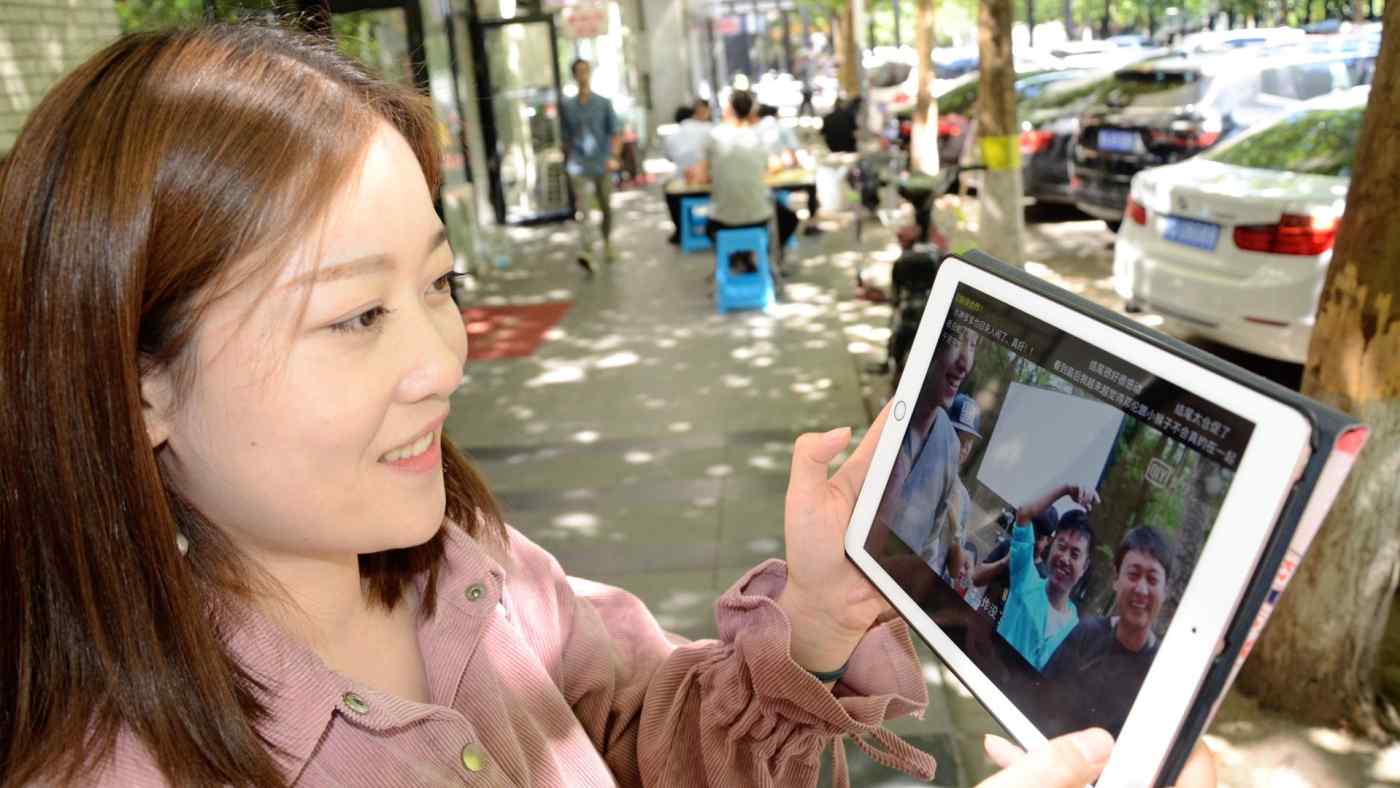 BEIJING -- Paying customers are driving a boom in China's online content market, thanks to growing use of mobile payments, a tougher official approach to piracy and a more diverse array of content.

The market grew 27% to 636.5 billion yuan ($92.7 billion at current rates) last year, according to data from the National Copyright Administration, which expects growth to continue at a similar pace. Content paid for directly by users accounted for about half the total.

Sales of video -- such as films, dramas and variety shows -- roughly doubled from 2016 and are forecast to grow more than 60% this year.

Video platform operator iQiyi has 66 million paid members, and user fees make up 40% of its revenue. This showing helped propel the company, an affiliate of search giant Baidu, to a $20 billion valuation in its U.S. initial public offering in March. Like American peer Netflix, iQiyi even produces its own dramas.

Tencent Holdings unit QQ Music boasts 800 million users. A recent album by a popular male singer cost less than $1 on the platform and reportedly was purchased by more than 5 million people. Websites that traditionally relied on ad revenue are switching to a paid model as well. Financial news outlet Caixin now requires a subscription for readers to access its exclusive content. Subscriptions for the Chinese-language site start at $72 a year, with economic data also available for a fee.

The rising popularity of mobile payments in China -- now used by 566 million people -- helps underpin the paid content model. In many cases, content is tied to a smartphone app that accepts payments.

China has had a reputation as a piracy haven, but authorities are cracking down on illegally copied content. Last year, 2,554 websites with pirated content were shuttered, according to official figures, with enforcement actions nearly tripling from four years earlier to 543 cases. The prevalence of pirated media has declined, reflecting the government's effort to foster businesses that produce content.