Although the construction of this condominium block is still ongoing, about 80% of the units have already been sold, many to Chinese homebuyers. (Photo by Coco Liu)
Business trends

Chinese plow into Thai property as opportunities dry up at home

BANGKOK -- Wei Jie is a busy man. He only takes a day off each week and has not had a vacation for six months. During a recent interview with the Nikkei Asian Review, Wei's phone did not stop buzzing with calls from clients.

But Wei is not an executive of a Fortune 500 company nor is he a founder of a highflying startup. He is a real estate agent in Bangkok.

"My business has been going really well," Wei said while texting a reply to a client. "There are so many Chinese coming to Thailand and purchasing properties for investment. In the first half of this year, I already earned more money than I did in the past two years."

Wei is one of many real estate professionals in Bangkok who are enjoying a market boom as China's cooling economy as well as a weaker yuan have sent investors overseas in search of other opportunities. With a $200 billion trade war between Beijing and Washington looming large, market observers say demand from Chinese property investors will only grow.

The Land of Smiles has already become the third most desired destination for Chinese homebuyers after the U.S. and Australia, according to a survey published in February by Juwai, a portal that lists overseas properties.

Although there is no official data available, industry estimates from Bangkok-based developer Risland showed Chinese to be the biggest buyers of condominiums in Thailand. Since 2015, Chinese buyers have poured 330 billion baht ($10 billion) into condos, equivalent to the combined investment from buyers from Japan and Singapore. Japanese and Singaporean -- the two other top foreign homebuyers in Thailand -- contributed about $8 billion and nearly $2 billion, respectively. 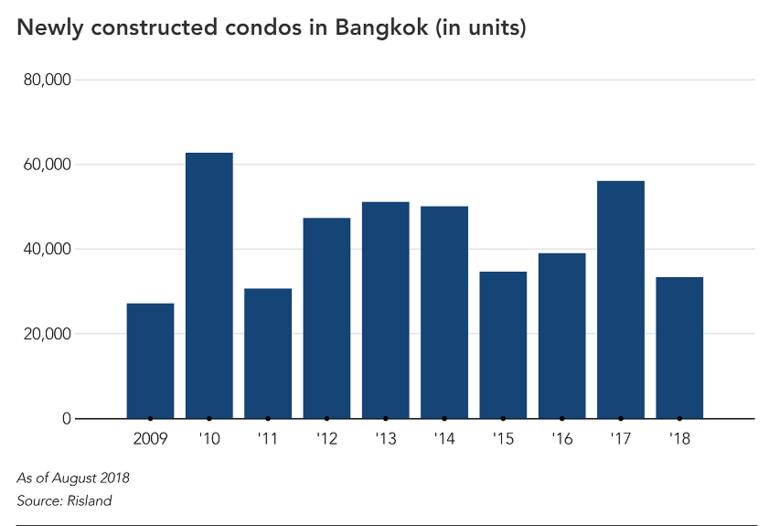 Risland said that for every five condos built in Thailand, one is owned by buyers from mainland China or Hong Kong. Condos are the only type of properties Chinese can purchase in Thailand, as there is a ban on foreign ownership of land.

"We sold more than 20 flats last month, all bought by Chinese," said Fame Zhu, an agent in Bangkok. Zhu said his sales have increased faster than ever recently. On Aug. 27, he closed a deal with a Chinese property investor who paid $33,000 as a deposit for a flat in Huai Khwang, a district of Bangkok known as "New Chinatown."

The shopping spree has also spilled over to other Thai cities, from Chiang Mai in the north to Phuket in the south. Another top pick for mainland homebuyers is Pattaya, where posters advertising real estate in Chinese are plastered everywhere. This boom in Thailand comes at a time when regulators around the world have given the cold shoulder to Chinese investors, seen by many as speculators. Earlier this month, New Zealand banned most foreigners, Chinese included, from buying property in the country where prices have surged in recent years. In Auckland where housing prices have soared by 75% over the last four years, locals have found it hard to get on the property ladder. Cities like Vancouver, Singapore and Sydney have also imposed heavy taxes on foreign home buyers, most of whom are Chinese.

For now, there isn't such resistance in Thailand where locals had been reluctant homebuyers until recently. As such, deep-pocketed Chinese homebuyers are viewed as savers of Thailand's struggling real estate sector.

"That is a win-win situation that all Thai developers are happy with," said Surachet Kongcheep, a director of Risland in Bangkok. "The Thai purchasing power, particularly in property, is not quite strong as Thai people are still worried about their income in the future."

Yan Yuejin, an analyst at market research company E-House in Shanghai, said that soaring investment in Thailand from Chinese homebuyers is set to continue.

"Thailand's postcard-like scenery is a big draw for Chinese homebuyers as they believe real estate prices will grow in line with the country's flourishing tourism," Yan said. Thailand's position as an important stop along China's Belt and Road Initiative also gives Chinese another outlet to bet on its future, he said.

But for now, the reasons for the Chinese buying spree are all local. Chief among them is the slowing pace of growth in the local economy. Government statistics show that China's economy expanded at a slower pace in the second quarter of this year, as Beijing ramped up efforts to curb debt-fueled growth and exports lost stream amid global trade disputes. With Beijing's trade row with Washington showing no signs of ebbing, some worry that a further slowdown is on the horizon.

"The domestic economy is not doing very well. That's why many people in China want to have properties abroad," said a Chinese homebuyer at a sales presentation in Bangkok. The buyer, who considers other overseas investment options "too risky," has decided to pour her hard-earned money into the purchase of a two-bedroom flat in Bangkok.

"Thailand is a good place [for travelers], so I should be able to rent out my condo easily," said the investor who flew three hours from Shenzhen and has already booked a second visit in September. "Even if property prices here may not increase as fast as that in China, we will at least not lose money," she said, referring to China's devaluation of the yuan, which has been down more than 4% against the greenback since January.

Apart from slowing economic growth, Chinese investors are also finding few local places to park their cash. Chinese stocks were the world's worst performers between January and July, with the Shanghai index down 14% and Shenzhen down 18%. In comparison, the U.S. S&P 500 rose 4%.

Furthermore, financial scandals in China are also putting off investors. More than $5 billion of investors' money recently disappeared from a popular people-to-people lending platform, scaring away those who were once happy to invest their savings in innovative financial products.

Although China's housing market remains strong, dozens of cities have restricted the purchase of second homes to tackle runaway prices. Beijing, meanwhile, has tightened controls over offshore property investment, due to concerns over capital outflows. This meant that it has become harder for Chinese investors to buy in Europe and the U.S. where prices tend to be higher than in Thailand.

Chang Xiaosuo, a Chinese homebuyer from Beijing, said: "Real estate in the U.S. and Europe carry a price tag. Even if we can afford them, how to move money out of China has become a troublesome question." 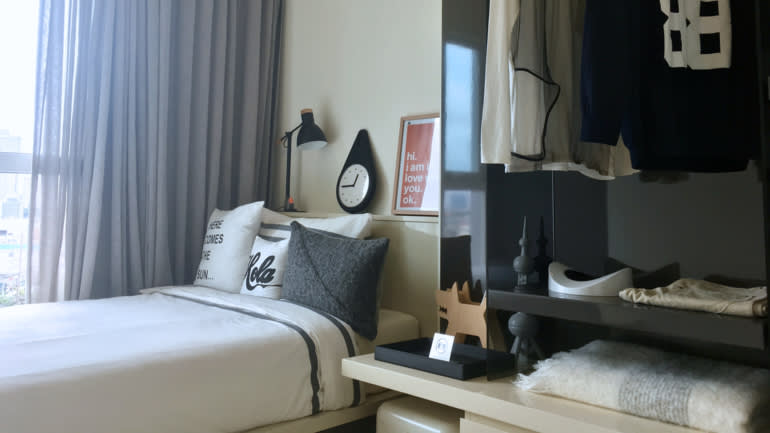 Thailand, for now, is the answer. Chang wired $24,600 to Bangkok last year as a deposit for a flat. Beijing allows citizens to purchase up to $50,000 in foreign currency each year for use such as overseas holidays and medical tourism -- common excuses used by those seeking to invest abroad.

Chang and many Chinese homebuyers like him have kept Wei, the real estate agent in Bangkok, working around the clock. On one occasion, Wei said he sold 27 condos to a Chinese client at one go.

"My company was established to tap into the rising demand from China, but even for us, we would never imagine the Chinese market demand could have grown so big," Wei said. When the 34-year-old from Nanning in southwestern China first came to Thailand for work in 2016, his company had 10 agents. Now, it has 50 in Bangkok alone.

"As long as China's economic outlook remains dull, our business will only soar," he said.