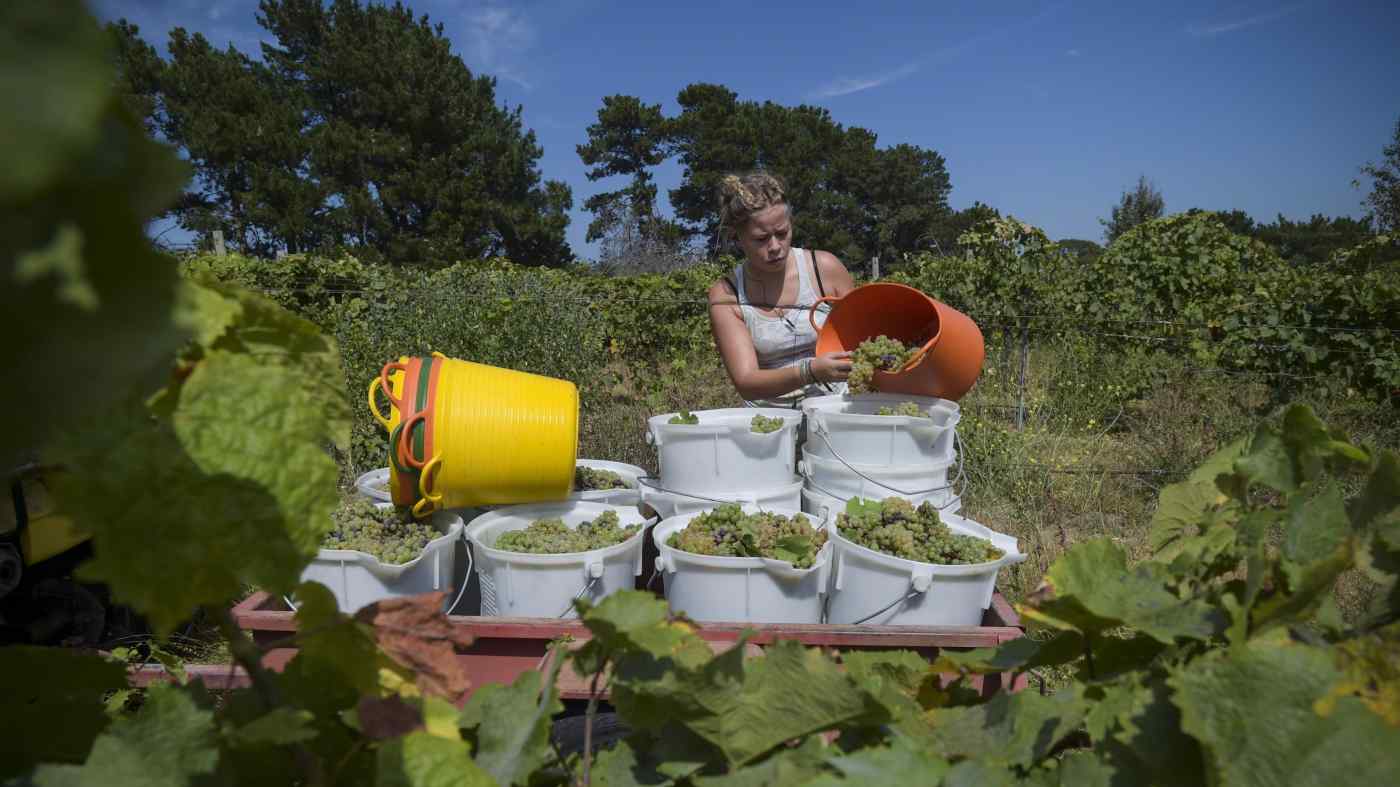 SYDNEY -- Queensland-based Lisa Liang had just finished bottling more than 22,000 liters of wine, hoping a bumper shipment to thirsty Chinese customers for the Lunar New Year would make up for a dry 2020.

Instead, she is sitting on two containers of deferred shipments after Australian producers became the latest casualty of the country's rapidly deteriorating relations with Beijing.

Liang's midrange muscat gordo and cabernet sauvignon would usually retail in China for three times the price they fetch in Australia. But after China slapped hefty "anti-dumping" tariffs on Australian wine, exporting is no longer an option.

"I won't be sending the wine because you have to pay 200% duties now and furnish a bond, and that's not going to be saleable because people have so many options at the same price range," Liang said.

The tariffs are a huge blow to Australia's wine sector, which employs more than 160,000 people and accounts for just over 2% of the country's 2 trillion Australian dollar economy.

Other Australian winemakers, including the country's largest producer Treasury Wine Estates, are in a similar boat -- deferring shipments, scouting for new markets and looking for ways to cut costs.

Tensions between Beijing and Canberra escalated after Australian Prime Minister Scott Morrison called for a global inquiry into the origins of the coronavirus, angering Beijing. China has already hit back with attacks on Australia's exports of beef, lobsters, timber and coal. Treasury Wine CEO Tim Ford says the company has the financial strength and brand recognition to grow outside China, but warned ramifications could be dire for the industry as a whole.

"There is no doubt this will have a significant impact on many across the industry, costing jobs and hurting regional communities and economies, which are the lifeblood of the wine sector," he said in a company statement.

Ford hopes to redirect some of his premium and luxury wines to Taiwan, South Korea and Japan. The company also plans to store larger volumes of its high-end Penfolds, Wolf Blass and Wynn's ranges for the long-term.

But the shock loss of volumes in a market that accounted for nearly a third of its fiscal 2020 earnings means Treasury is also being forced to do some heavy cost-cutting. The extent of the hit is somewhat reflected in the 16% slump in its share price since the Chinese tariffs were announced on Nov. 27.

Producers selling mid- to low-range wines are most at risk, industry experts say, since these wines cannot be stored for long periods and would have to be sold in the domestic market at lower prices.

De Bortoli Wines, one of Australia's top 10 exporters, recently pulled shipments to China because of uncertainty over trade, said a company official, who requested anonymity.

While the winemaker holds tastings for its premium range at its winery in the Hunter Valley region of New South Wales, it is selling wines marked for China at an adjacent cellar at discounted rates, the official added.

China accounts for 39% of Australia's AU$3 billion wine exports, more than the combined value of the next four biggest markets -- the U.S., U.K., Canada and New Zealand, according to Wine Australia, an industry body.

Wine producers are scouting for other markets such as Vietnam, Singapore and Hong Kong, though these countries are unlikely to match China's market share anytime soon.

In the last five years, Australia's wine exports have surpassed France's to take the lead in the Chinese red wine market -- the largest in the world. China also imports the lion's share of Australia's high-end wines, priced at more than AU$30 a liter.

"This sort of action will ultimately hurt China because they have issues with food security and energy security, and they don't want to put that at jeopardy because it could really hurt their economic plan for middle-class prosperity," said Professor Tim Harcourt from the University of New South Wales Business School.

The levies come at a particularly bad time for the wine industry, which has been reeling from the impact of intense bushfires last summer that destroyed huge swathes of vineyards.

"Normally, October is our biggest selling time because we need to get the wines over for Chinese New Year. We haven't done any of that this year," said James Robson, proprietor of Ross Hill Wines -- which exports nearly a fifth of its wines to China -- in an interview with Australian Broadcasting Corp.

Meanwhile, Liang is hoping a resolution is reached soon, as her food and wine export business has already suffered heavily from China's restrictions on Australian beef and seafood.

Liang is planning to shut down two of her three distribution centers in China, though she still plans to ship one of the wine containers to Hong Kong to sell at discounted prices.

"We are hoping, if the government negotiation works, maybe China could reverse the decision and restart the zero tariffs. We could then shift the wine from Hong Kong to China, again," she said.