TOKYO -- A Chinese tourist in Tokyo last month pointed her smartphone camera at a condo, aiming not for a quick snapshot but at a potential purchase.

The woman was using an augmented-reality app that identifies buildings and returns specifications about them in Chinese -- namely, age, price and yield. The app, developed by He Shumian, founder and CEO of Tokyo-based tech startup NeoX, has made a name for itself among prospective Chinese buyers of Japanese properties.

NeoX is one of many Chinese tech startups that is finding fertile ground in Japan by offering smartphone-based services to compatriots about real estate and tourist attractions. Many of the founders are Japan-educated entrepreneurs, looking to cash in on the country's popularity with Chinese tourists and investors.

The CEO first came to Japan in 1997 as a data scientist. After receiving his Ph.D. from Kyoto University, he joined Japanese online retail giant Rakuten to spearhead the company's China unit, becoming an executive officer in record time.

Sensing opportunities in real estate, He left Rakuten to develop a Chinese-language database stocked with Japanese property information, releasing his creation in March 2017. The database employs artificial intelligence to add descriptions useful for potential investors, such as "close to station" or "high yields," and holds information on 10,000 properties.

NeoX charges real estate companies to use the system, keeping them updated with reports that show how many times data has been accessed and other metrics.

The site is a big help for Chinese tourists who may be interested in purchasing Japanese real estate, giving them a preview of properties before asking for a personal showing -- a service NeoX arranges with a Chinese travel agent.

Many Chinese entrepreneurs in the country honed their skills at Japanese tech companies. Shane Chan, CEO of ActiValues, a startup that created an AI-driven chatbot, is one of them.

The app has tapped into -- or created -- a pool of potential buyers comprised of Chinese tourists, who have flooded real estate companies with inquiries about properties displayed by the app. As of late last year, the app had generated about 1 billion yen ($9.12 million) in real estate deals.

After graduating from university, Chan worked as a system engineer at the China unit of Japanese electronics maker Fujitsu, taking occasional trips to Japan. Chan later moved to Tokyo and worked at an information systems developer established by acquaintances for about 10 years. 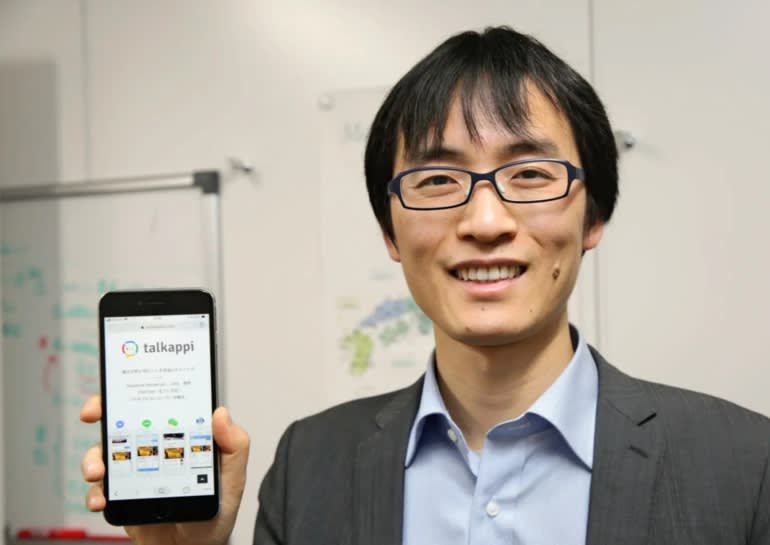 ActiValues CEO Shane Chan once worked as a systems engineer at the China unit of Fujitsu. (Photo by Tsubasa Suruga)

In 2016, he struck out on his own, founding ActiValues with the aim of developing a chatbot for foreigners in Japan, as he had struggled with language barriers before. A novice to the online sector, Chan spent about six months just learning how to develop apps.

The company's AI-equipped chatbot, "Talkappi," features easy-to-understood responses to tourism-related inquiries in five languages, including traditional and simplified Chinese. Among his Japanese clients are a hot spring resort hotel in Gunma Prefecture, Okinawa Tourist Service, and a tourist association in the northern island of Hokkaido.

The chatbot interfaces with China's WeChat and other messaging apps, as well as company websites.

After a string of natural disasters crippled Japan last year, ActiValues updated Talkappi to provide emergency information, such as damage reports and where to seek shelter in the event of a disaster. 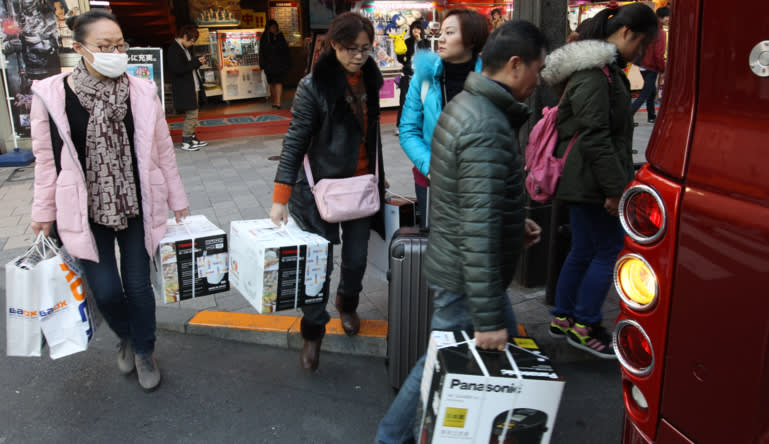 Company CEO Dong Lu graduated from Japan's Saitama University before moving to the U.S. to earn an MBA from Stanford University. After returning to China, he create an online clothing shopping site. Dong then moved back to Japan in anticipation of the growing QR code business.

In July 2018, Nihonbishoku obtained more than 1 billion yen ($9.12 million) in loans from lenders, including Norinchukin Bank, to expand its sales network

The startup is one of Japan's pioneers in QR code payments. Launched in September 2016, the service enables the use of 14 different credit companies, including Alipay from Chinese e-commerce titan Alibaba Group Holding and China's UnionPay credit card app.

When paying for meals, diners use their smartphones to read the restaurant's QR code, after which they are connected to Nihonbishoku's payment site where they choose a payment method.

The company also operates a multilingual gourmet site, as well as a consulting service to help restaurants attract foreign customers. It is also thinking about how to use its vast data pool to create other services.

With 31 million foreign visitors entering Japan in 2018 -- among them 8 million Chinese -- Nihonbishoku and startups like it face no shortage of potential customers.