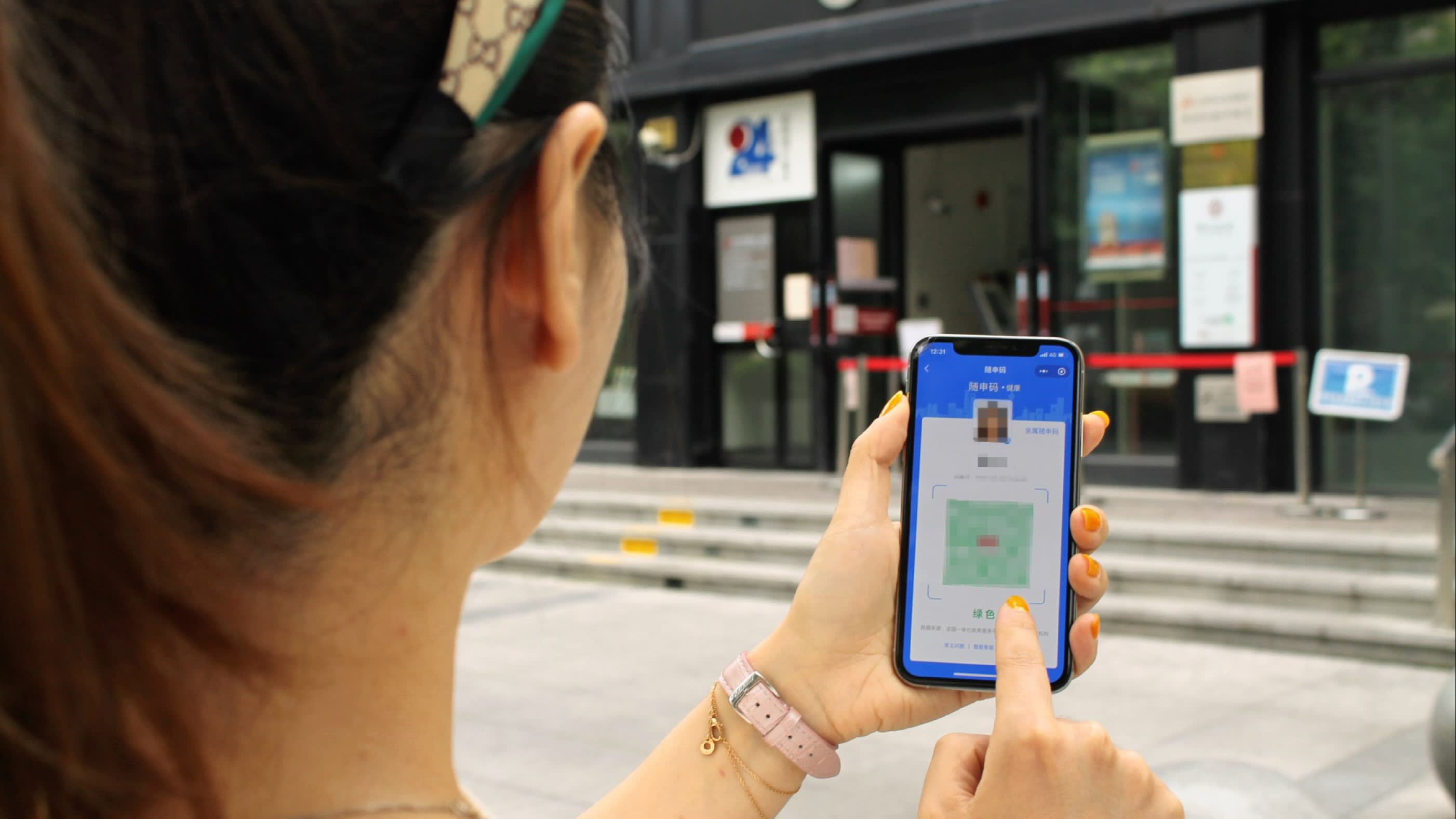 SINGAPORE -- From Silicon Valley giants to Chinese internet powerhouses to local small and midsize enterprises, tech companies are finding business opportunities in coronavirus tracing apps that are being introduced by Asian governments as they secure safety from coronavirus infections while reopening their economies. On Friday Japan also launched an app developed by Microsoft.

Tracing apps take various forms, some using GPS to track potential infection cases and others adopting Bluetooth to record encounters. Some countries have developed the apps by themselves, such as Malaysia's MyTrace app, but private companies are involved in some government apps.

One of the apps rates a user's risk for carrying and passing the COVID-19 virus by using three QR code colors. Red means infection, yellow indicates a high possibility of having been in close contact with an infected person, and green means no problem. Authorities change the color codes of individuals as they follow their movements. Citizens have to have their codes scanned as they enter public places including train stations and restaurants.

Personal information is managed by local governments, and Alibaba and Tencent claim they are not involved in that part. But they benefit significantly from the systems since many people register for a QR code through Alibaba Group's mobile wallet AliPay or Tencent's WeChat messaging app, giving them opportunities to attract the users to their other services. Tencent said some 1 billion users have signed up with the tracking apps it helped develop. As of mid-May, those apps had been used more than 140 billion times, according to the company.

Meanwhile, Apple and Google last month jointly released a Bluetooth-based system to help governments develop apps. Dubbed Exposure Notification, the system runs on iOS and Android smartphones, and enables users who test positive for COVID-19 to flag that data so others they came into contact with can be notified.

The system Japan released Friday was developed by engineers from Microsoft and other companies based on core technology belonging to Apple and Google. That tech is also being used in several European countries, including Germany and Italy. As the system is meant for public health agencies, Apple and Google could use it to build stronger connections with local authorities, which could help their business.

In contrast, Singapore ruled out using the Apple-Google system, saying it is less effective in the local context. "Although a potential close contact would be notified by the system, there would be no way to identify how, when and whom the person was infected by or passed the infection to," said Vivian Balakrishan, minister-in-charge of the Smart Nation Initiative, who doubles foreign minister, in a Facebook post on Monday.

Singapore instead has already released its own TraceTogether app that stores users' encounter logs by using Bluetooth.

Private companies are also involved in Singapore's system as the government plans to distribute physical dongles, called TraceTogether Tokens -- which function in the same way as the app -- for citizens who do not have smartphones.

Singapore's Government Technology Agency said it has contracted with local electronics maker PCI to produce the first batch of the devices. PCI designs and manufactures various products such as computer and telematics devices, according to the company's website. It did not respond to Nikkei's email query.

The government agency said it plans to launch another tender for design and manufacturing of the device. The agency expects 20 companies to bid for the project, which will create opportunities for the awardee.

Meanwhile, Amazon Web Services, the cloud unit of the U.S. e-commerce giant, has worked with the Australian government to develop the Bluetooth-based COVIDSafe app, as the government's digital transformation agency had existing contracts with AWS for cloud storage services.

In Hong Kong, local startup SagaDigits developed the Stay Home Safe system for the Hong Kong government, which is used as a key tool for tracking and enforcing 14-day quarantines for new arrivals in the territory.

While tech companies and authorities work together, some citizens remain concerned about privacy risks if governments collect personal data through the apps. China's system sucks up information about citizens' identity, location and even medical treatments at hospitals, to watch for people breaking quarantine. Unsurprisingly, not all citizens are willing to accept expansion of monitoring. 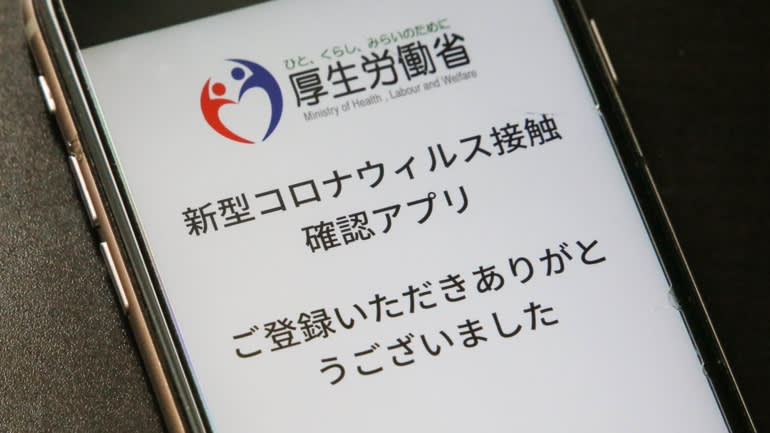 The Japanese Ministry of Health, Labor and Welfare launched the contact-tracing app on June 19.

On May 22, the government of Hangzhou, the capital of Zhejiang Province, announced a plan to add new features to the tracking app, in which the users would be required to answer questions about their health condition, such as how much alcohol they consume and whether they smoke. These apparently have nothing to do with COVID-19.

Regardless of apps or other systems, some countries have strong power in virus tracing, raising privacy concerns. In South Korea, the chief of the health authorities and municipalities can also access a patient's credit card history, medical documents, CCTV footage and mobile phone data, as well as track his or her location. They can even access such data of people who are only suspected being infected.

The limitations of tracing apps have been also recognized as more governments use them.

"Bluetooth-based contact tracing is not a silver bullet for dealing with the COVID-19 pandemic," Singapore's technology agency noted in the white paper on its TraceTogether app. "It must ultimately co-exist and support the pandemic response plans and processes of the public health authorities guiding us through these difficult times."