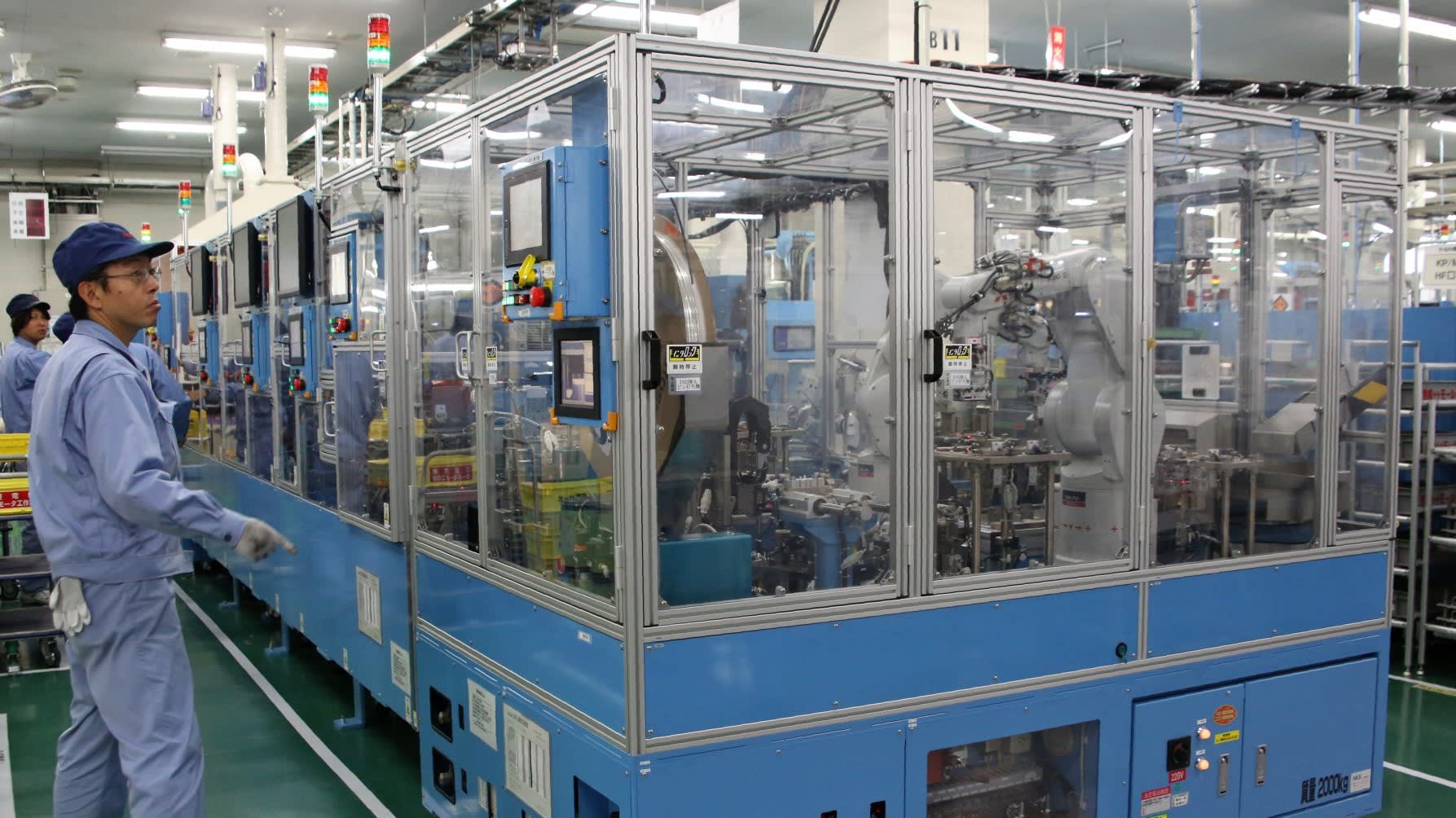 TOKYO -- Japanese listed companies continue to improve their ability to generate profits, as they scored a second year of record profits in the year ended March 31, with automakers and manufacturers of chipmaking and industrial automation equipment leading the way.

Combined net profit of the 1,566 companies that have released their fiscal 2017 results by Friday rose 35% to 29.37 trillion yen ($264 billion), according to data compiled by Nikkei. The tally excludes financial companies.

The increase far exceeded the 18% rise of the previous fiscal year, when revenues shrank but profit still grew thanks to cost-cutting efforts at many companies. In fiscal 2017, in contrast, many corporations boosted sales through competitive technologies and products. Combined sales rose 8% to 557 trillion yen.

Automakers also performed well. Toyota Motor logged a 36% net profit increase to 2.49 trillion yen -- the highest ever for a Japanese company -- even though it had forecast a net profit decline as of May last year. Nissan Motor and Honda Motor booked record profits too. The auto majors widened their lead in profit margins against their foreign rivals.

A softer yen favored exports as the currency weakened by about 2.5 yen on the year to 110.8 per dollar on average. And the U.S. corporate tax cut lifted Japanese corporate profit by nearly 2 trillion yen.

About 30% of companies covered in the data logged record net profits. And 25 of the 32 industries boosted profit. Manufacturers' profit soared 50%, while nonmanufacturers' climbed 17%.

As the year progressed, many companies' own profit projections improved significantly. At the start of the fiscal year, overall net profit was forecast to rise 9%, but this rose to 30% at the end of the third quarter. And the full-year results came in even higher.

In the nonmanufacturing sectors, trading houses did well, thanks in part to higher resource prices. Mitsubishi Corp. increased net profit by 27%. The recovery of resources markets also buoyed marine shippers that transport them. Nippon Yusen and Kawasaki Kisen Kaisha both turned to the black.

For the current year started in April, however, combined net profit is projected to shrink 2%, falling for the first time in three years. Factors include a stronger yen, high materials costs and a drop-off in the profit boost from the U.S. tax changes.

The automotive industry's net profit is expected to plunge by 1.1 trillion yen. Steady growth in semiconductor demand and the sale of Toshiba's memory chip unit should boost the bottom line for the electric machinery industry, but not enough to absorb the forces dragging down overall corporate earnings.

With foreign exchange rate assumptions rather conservative among big companies, however, actual earnings could be higher, said Hisao Matsuura of Nomura Securities. The forex rate assumptions by key companies average 106.7 yen per dollar, factoring in a stronger yen than the current 110-yen level.