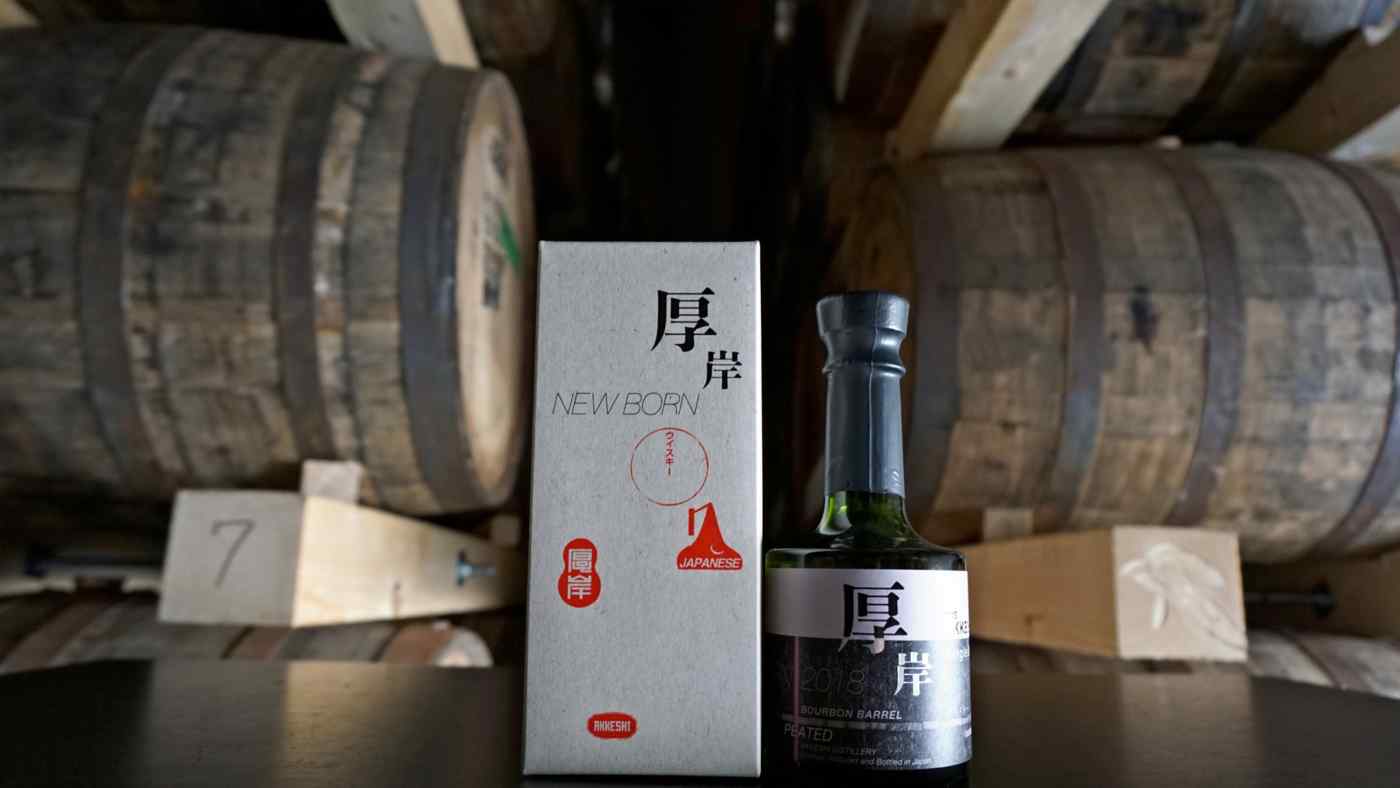 TOKYO -- As inventories at Japan's big whisky makers run dry on a surge in demand, craft breweries and distilleries nationwide are making heavy investments to fill the gap with their own unique take on the spirit.

Many of these companies have never made whisky before, but they see big opportunities in the market.

Niigata Beer is spending 50 million yen ($450,000) to turn its warehouse into a whisky distillery, complete with its own still. The Niigata Prefecture-based company even bought 50,000 sq. meters in northern Japan to grow oak for casks.

"Our selling point will be a unique taste developed by a brewery," President Ken Usami said.

Kinryu, which makes shochu spirits in Yamagata Prefecture, kicked a new distillery into full gear in November. The facility produces whisky using the famed spring water from nearby Mount Chokai, aging the alcohol at least three years before it hits the shelf as early as 2021.

Kiuchi Brewery in Ibaraki Prefecture is renovating a former community hall for 400 million yen, with plans to start whisky production there around June. It will use locally grown wheat and rice to craft a product with a distinct regional character.

Domestic shipments of Japanese whisky declined for many years after peaking in 1983 at roughly 380,000 kiloliters. But Suntory Holdings breathed new life into the market with its canned highballs. Shipments grew for the ninth straight year in 2017 to about 160,000 kl, more than double the 2008 figure.

Whisky needs to be aged before it can be sold, so companies now are tapping stock they produced based on projections from lean years. Soaring demand has prompted Suntory to devote nearly 20 billion yen through 2020 to boost its aging capacity by 20%, while Asahi Breweries has invested 6 billion yen to lift production capacity by 80% compared with 2015. But those spirits cannot be bottled for years.

In 2015, Asahi stopped selling its Yoichi and Miyagikyo single malts with age confirmation statements. Suntory has discontinued its Hakushu 12 Year Old and Hibiki 17 Year Old. Smaller companies are taking advantage of this vacuum to build their brand. Growing interest in craft beers and other small-batch alcohol also works in their favor.

"Highballs have introduced more people to whisky, leading to varied tastes," said Toshiaki Yamada of the Sakebunka Institute. "More people have grown particular about where their whisky is produced and how long it is aged."

With whisky more established abroad than shochu, aspiring distilleries also have a shot at expanding beyond Japan if they can prove their products' worth. Japan is now considered one of the world's top five producers of the liquor, and its spirits are highly regarded across the globe.

Food importer Kenten opened a distillery on Japan's northernmost main island of Hokkaido in 2016. It plans to build two more storehouses for casks in the next six years or so, and will start full-scale shipments of 3-year-old bottles as early as summer 2020. The company also wants to increase exports.

Venture Whisky, located in Saitama Prefecture near Tokyo, was among the first newcomers in the field. Since beginning operations in 2008, its Ichiro's Malt has won various awards worldwide. The company is opening a new distillery this spring.

But whisky is a risky business. It takes years to put a product on the market, meaning it also takes years before a company sees any return on investment. Companies need to commit for the long term.

And if these new players end up selling subpar products, Japan's position in the industry could suffer.