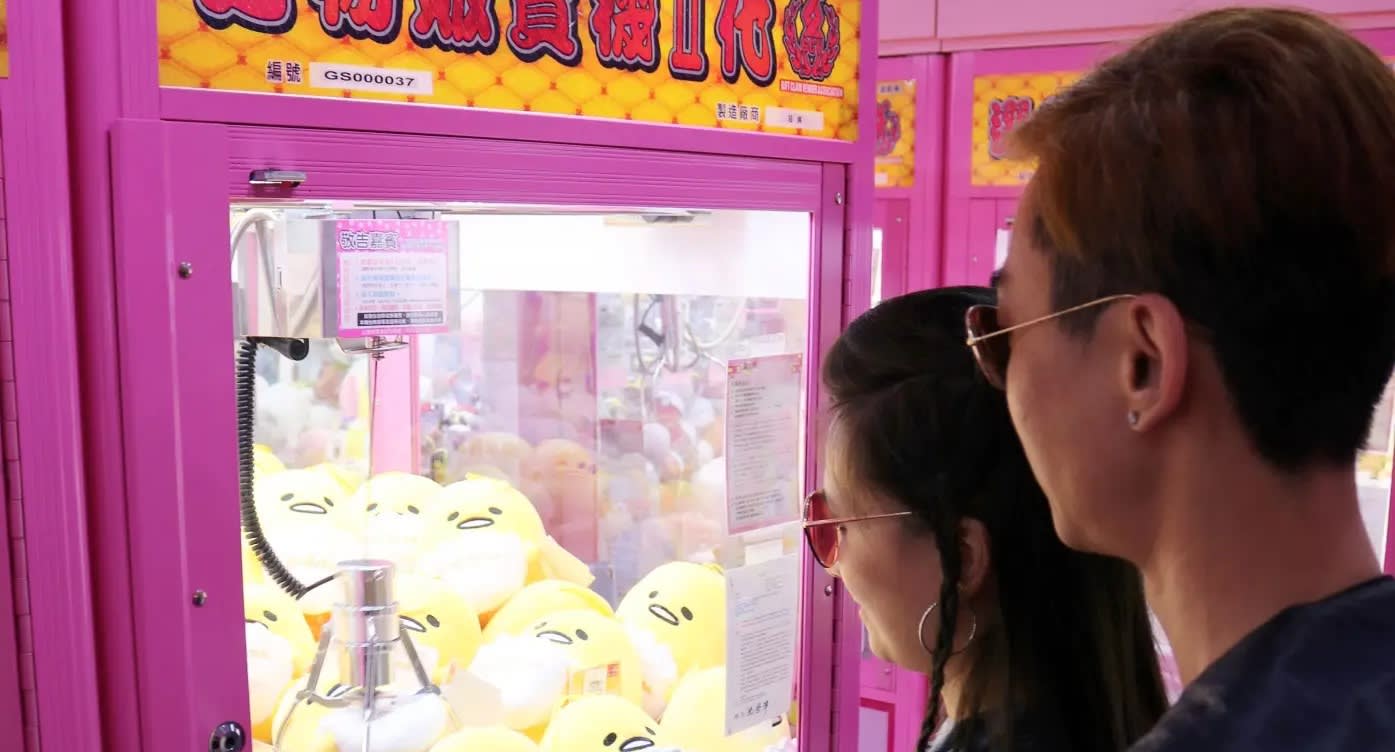 Crane games like this one in Taipei offer players a quick dose of fun and investors a 40% profit margin on sales.

TAIPEI -- Crane games are having a moment in Taiwan, multiplying rapidly in small stores springing up across the island as denizens seek a cheap, quick dose of fun.

"The nostalgia calls me and I just wander in without thinking," said one 36-year-old company worker, Hwang Kai-wen, after stopping into one such establishment in a Taipei shopping district with a partner. "It's perfect for spare time," Hwang continued, citing the game's low cost -- 10 New Taiwan dollars (32 cents) for one try with the mechanical claw.

Known to Taiwanese as jiawawa-ji, the games stand in generally unstaffed stores, many of them open 24 hours. Once players feed a certain amount of money into the machine, it strengthens the claw's grip, giving a much better chance at seizing a prize.

The games have captured the attention of consumers seeking small, but reliable pleasures. As Taiwan's economy sputters, leaving low growth and little room for pay to rise, people are focusing less on major successes and finding satisfaction in paying for little joys like a daily cup of coffee.

Against that backdrop, Taiwan reached 7,000 crane game establishments this past fall, up from just over 4,000 in 2017 and a little over 2,300 a year earlier, according to the Ministry of Finance. Some reports suggest the number may now be approaching 10,000.

The island's central bank governor, Yang Chin-long, said late last year that crane games were driving up demand for NT$10 coins. The bank has said it will invest NT$1 billion this year to increase supply of the coins.

One reason for the games' abundance is that the small shops hosting them have gained popularity as a high-yield investment target.

Many operators also hedge risk by lending the rights to each machine to other people, Yang continued, saying it was not unusual for each machine in a store to have a claimant separate from its owner. Many retirees reportedly invest surplus funds, including their retirement packages, into operating crane games.

But the shops' proliferation has also made for stiff competition, and the fight to attract customers has led to problems: some have filled games with illegal prizes, even live lobsters. The Finance Ministry is also investigating suspicions of rampant tax evasion at the establishments.

"Trends change quickly," said Yang, the shop operator, "so there might be a massive decrease in four or five years" in the number of crane game shops. But the investor's expression showed no grimness, hinting at an entrepreneurial spirit that would soon be ready to seize on the next trend.