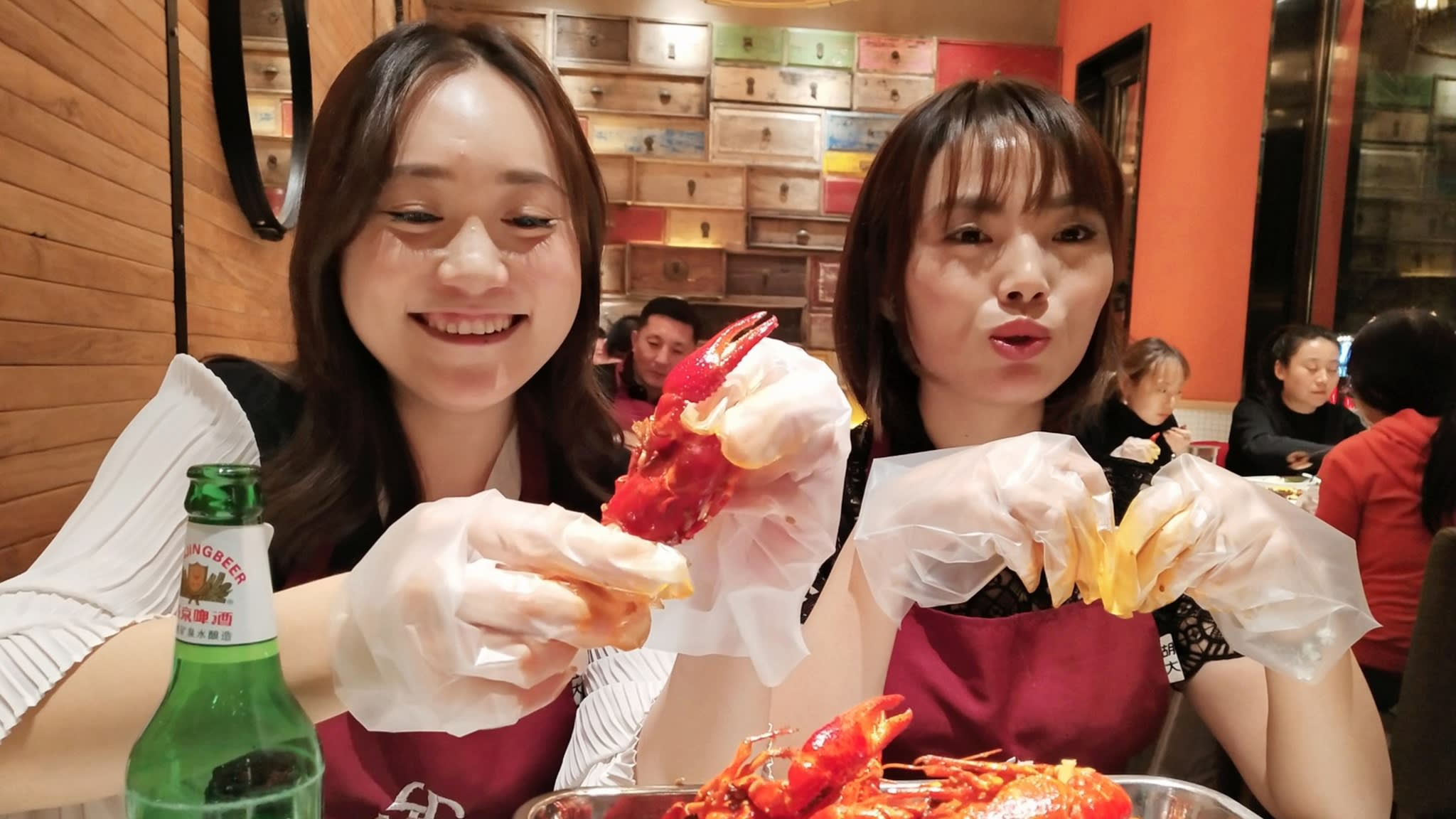 BEIJING -- On most weekends, long lines can be seen outside Huda Restaurant in Beijing as hungry diners wait their turn to tuck into the city's latest food fad: steaming dishes of crawfish pan-fried with hot chilies and generous amounts of garlic.

Traditionally kept as pets or used as frog food, the little crustaceans have since found a big place at the table as Chinese feast on them in increasing numbers. The crawfish market has doubled in size from five years ago to 1.1 million tons, while the overall worth of the industry has skyrocketed 80% from a year ago to 268.5 billion yuan ($38.6 billion).

The spicy crawfish served at Huda's are especially popular with 20- to 30-somethings, who don disposable plastic gloves to peel the shells, then wash the snacks down with beer.

The "little lobsters," as they are referred to in Chinese, are reasonably priced at about 6 yuan each. They have become so popular that Pizza Hut -- a major global pizza restaurant chain -- now offers crawfish on their menus in China. Crawfish were also the snack food of choice over the summer as Chinese plopped down in front TVs to watch the 2018 World Cup.

In Russia, where the games were held, restaurants imported 100,000 crawfish from China to lure Chinese supporters at the event, which led to a miniboom among locals.

Crawfish are believed to have been introduced into China by the Japanese in the 1920s. They were first farmed and consumed as food in Hubei and neighboring provinces.

There are over 5,000 companies and 5.2 million people involved in the industry, which centers around the provinces of Hubei, Anhui and Jiangsu. The crawfish are cultured in dedicated ponds as well as rice paddies during winter after the harvest.

Urban millennials -- people born in the 1980s and 1990s -- with appetites for new trends and tastes, quickly spread the word about crawfish dishes via food websites and social media.

More recently, however, the boom has been fueled by the growth of online delivery services. During the World Cup Alibaba Group Holding affiliate Ele.me handled 3 million deliveries each time a game was held, while Meituan-Dianping, an affiliate of internet service company Tencent Holdings, sold 64.5 million crawfish during the games.