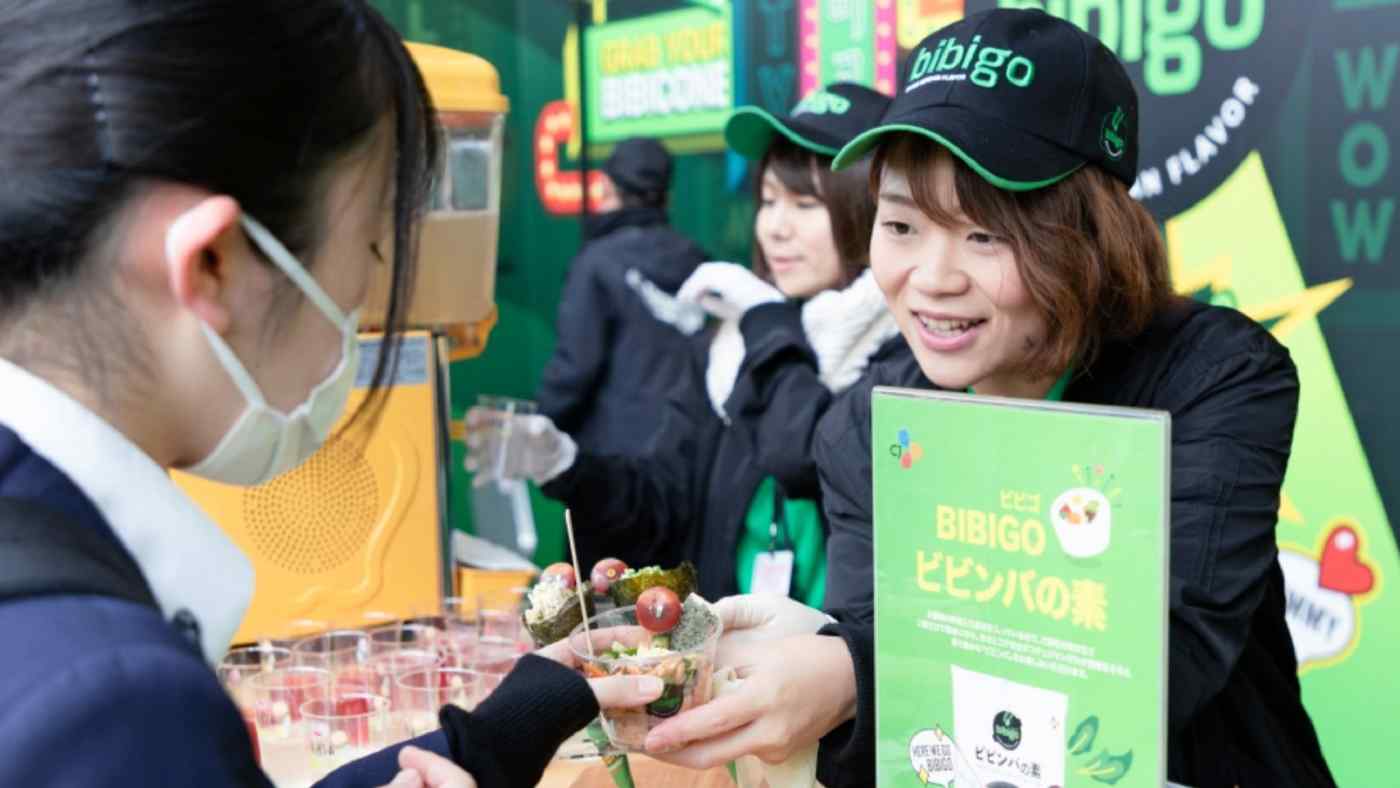 SEOUL -- Fueled by a viral online spicy noodle challenge and K-pop stars, South Korean food is gaining traction the world over, with exports reaching a record for a third straight year in 2018.

South Korea's food exports grew 2% on the year to $9.3 billion, according to statistics from the Ministry of Agriculture, Food and Rural Affairs. At a trade fair held here in May, food companies signed contracts totaling $400 million with foreign distributors.

Among the products driving the Korean food boom are spicy Buldak Ramen noodles by Samyang Foods, and mandu, a type of South Korean dumpling, marketed by CJ CheilJedang.

Samyang Foods' Buldak Ramen has gone viral through the Fire Noodle Challenge as adventurous souls around the world flood the internet with videos of themselves eating the extra-spicy noodles.

To keep up the hype, the company has hosted a total of 30 Buldak Ramen eating contests in five countries, including China, Thailand and Malaysia, tapping the online craze. "Similar contests are being held in Europe and the U.S. as well, contributing to its popularity," a company executive said.

The company stepped up sales of Buldak Ramen abroad in 2016, and in just two years its overseas revenue more than doubled to about $170 million.

CJ CheilJedang has tailored its mandu offerings to meet local tastes, such as by substituting chicken for pork in the U.S. or adjusting the thickness of the skin. The company is seeing faster growth in sales for mandu than for other mainstay products like instant bibimbap.

The K-food boom is fueled in part by the growing number of South Koreans living abroad -- about 7.43 million in 2017, according to the Ministry of Foreign Affairs.

Vietnam's South Korean population has grown by roughly half since 2009 as companies including Samsung Electronics and LG Electronics set up production facilities. Snack maker Orion's potato chip sales there have increased that much over the last two years. It has also seen boosts in Australia and Germany, both popular destinations to study abroad.

The government is throwing its support behind the marketing as well. Its Korea Agro-Trade Center has been inviting logistics executives in Europe, the U.S. and Hong Kong to local concerts by K-pop stars like BTS and IZ*ONE. The goal is to connect smaller food producers, which have a harder time cultivating logistics chains abroad, to local partners.

The South Korean government "has many specialists and also provides extensive support to companies on food safety testing, licensing and localization of products abroad," an official from the Japan External Trade Organization said.

Still, there are signs of challenges ahead. South Korea's food exports grew 10% or so in the last two years -- roughly half as much as Japan's. "Much of South Korea's exports are noodles and cheaper alcohol," an expert on South Korean food exports said. "In order for South Korea to keep growing, it needs to cultivate more luxury products."