Credit cards fall behind in Asia's race to go cashless 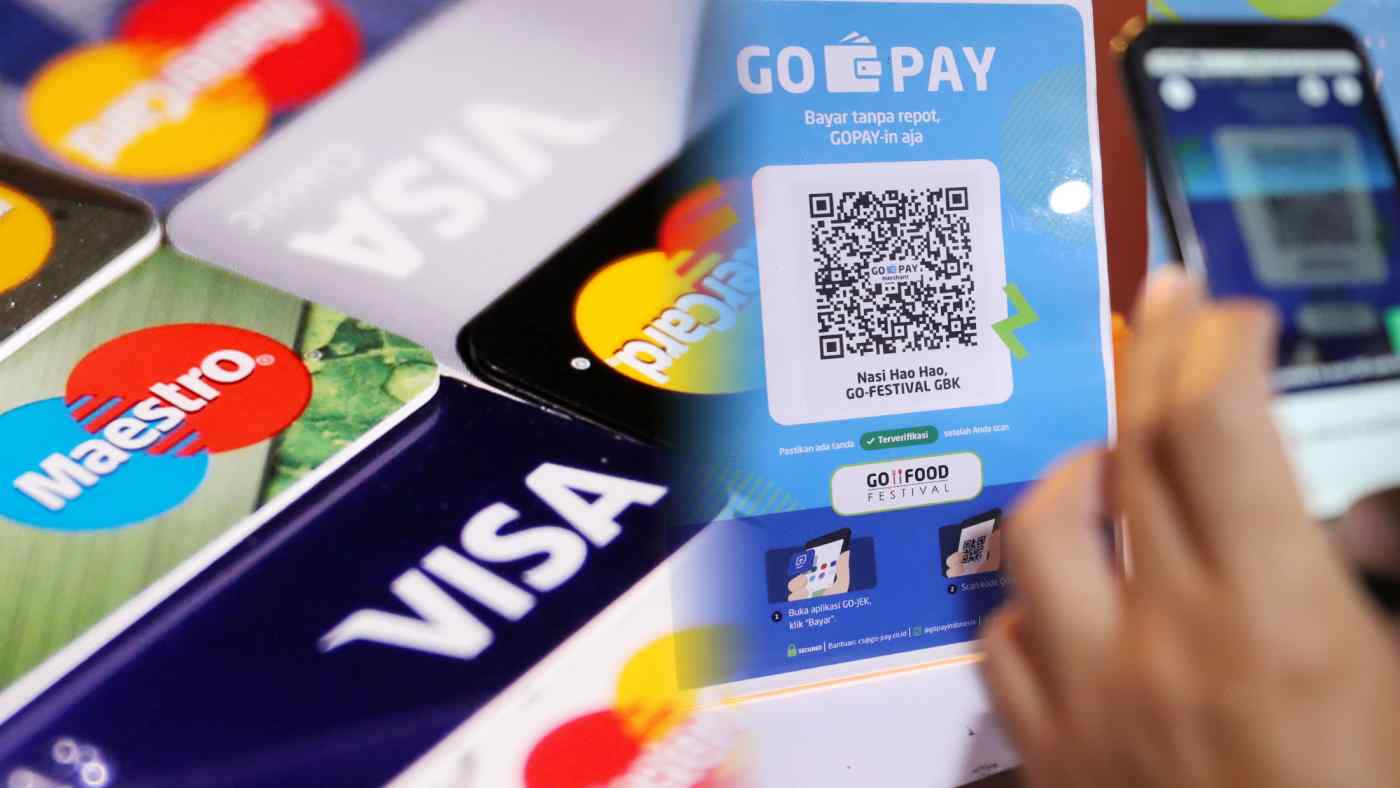 TOKYO -- Credit cards are losing out to e-payments as Asia rushes to go cashless, with users who are unwilling or unable to shoulder the high fees associated with cards opting for mobile alternatives.

Credit card penetration remains at 10% or less in Thailand, Indonesia and Vietnam, while mobile payments are used by 47% to 67% of the population in those countries, according to data from the World Bank, Nomura and Japan's economy ministry. In China, where everyday transactions are largely carried out by smartphone, many people grow up without ever seeing a credit card.

Credit card companies face another headwind, as a growing number of Asian governments work to develop their own payment platforms and prevent customer data from being transferred to the U.S.

The Modi government also has adopted a draft policy requiring e-commerce companies and social media platforms to keep customer data within India. This policy is aimed at businesses like Walmart, which last year took majority control of Indian e-commerce company Flipkart. The Reserve Bank of India, the central bank, has also requested that Visa and MasterCard keep customer transaction data within India.

Cashless payments in India are dominated by mobile platforms such as BHIM; Ola Money, which is affiliated with ride-hailing company Ola; and PayTM, affiliated with SoftBank Group. Visa and MasterCard have long been the dominant providers of payment networks for credit and debit card services, collecting licensing fees from retailers and banks as well as from users in some cases.

But now they are being challenged even in the Asian market where their foothold seemed most secure: Japan.

One of those challengers is PayPay, a mobile payment platform backed by Yahoo Japan and its parent, SoftBank Group's mobile unit.

Seiei Takase, 59, who runs a restaurant in Kasama, a small city north of Tokyo, started accepting PayPay in April as the shop's only cashless payment option.

The user opens an account with PayPay and deposits a certain amount of money, making purchases and payments by reading a Quick Response, or QR, code via smartphone.

"It is easier to introduce than credit cards, and no fee is charged until October," Takase said. He recently started to use the app himself and has become a fan. "It's so good I just can't stop using it."

The app has 6.66 million users and is accepted by more than 500,000 merchants, according to Yahoo Japan. Generous promotional campaigns, such as 20% rebates on purchases for a limited time, helped drive up these numbers.

Unfortunately for Visa and MasterCard, PayPay -- like other mobile payment options -- does not rely on a credit card network for processing transactions.

Japan has a large number of cash-only shops for mobile payments to tap. A survey published in 2017 by the country's Ministry of Economy, Trade and Industry found that only 25% of small-scale restaurants, such as cafeterias in major tourist spots, accept credit cards. The survey also showed that the 42% of business operators that do not accept credit card payments think the processing fees are too high.

"QR code payment has made it easier for business operators to introduce cashless payment," Yamamoto said.

The shift to mobile payments is not always smooth. Seven & i Holdings' new mobile payment service was hacked just days after its launch, dealing a blow to a key element of the Japanese convenience store operator's digital strategy. PayPay, too, was hit by a spate of unauthorized usage in December.

Yet despite such setbacks, the Japanese government remains committed to its goal of having the country 40% cashless by the mid-2020s.

In China, the situation is quite different. Many people have never seen -- let alone used -- a credit card, as mobile platforms like Alipay, offered by Alibaba Group Holding affiliate Ant Financial, and WeChat Pay, operated by Tencent Holdings, gained traction before credit cards had a chance to catch on.

One strength of credit card companies has been their ability to operate across borders. Now Alipay looks to conquer that challenge, too.

"Today, Alipay is not only in China. We have 1 billion consumers altogether in Asia, and these numbers kept increasing significantly year on year," Eric Jing, CEO of Ant Financial Services Group, said during a conference held in Tokyo in May. "I think, every year, we can probably add 200 million more."

According to Jing, over 300,000 merchants in Japan now accept Alipay, five times more than in August 2018. Jing stressed that all of Alipay's customers have the potential to become inbound consumers for Japan. "This [is an] area we can work together," he said.

In China itself, credit cards like Visa are generally accepted only in tourist-heavy areas, such as parts of Shanghai. Even China's own debit card system, UnionPay, has come under pressure from the rise of mobile payments.

UnionPay was launched in 2002 by Chinese banks under an initiative by China's government. The system has introduced its own app, but Alipay remains far more popular with consumers as it provides a wide range of services including loans, financial investment, online shopping and ride-hailing.

In Indonesia, credit cards have made little headway, and even card companies' dominance in debit card transaction processing is now under threat. The Indonesian central bank has debuted its own payment network, called the National Payment Gateway, and requires domestic banks to use the new network for local debit card transactions. Banks are in the process of converting Visa- and MasterCard-branded debit cards to comply with the new requirement.

Go-Pay and GrabPay users can deposit money into their account via bank transfer, at a convenience store or more likely through a cabdriver. And unlike applying for a card from Visa or MasterCard, which were created by banks, app users do not need a bank account -- just a smartphone.

Go-Jek and Grab started as ride-hailing platforms, but both now "aim at becoming leading players in payments across Southeast Asia," said Kaori Iwasaki, a senior economist at the Japan Research Institute.

Credit card operators are not sitting idle. Visa has launched a contactless card for small transactions, including rides on public transportation. The company also said in June that it will team with Line to link the chat app operator's mobile payment platform with Visa’s global payment network.

But when it comes to competing in cashless payments, companies like Grab, Go-Jek and Alipay have one potentially key advantage: They do not need to make money from their mobile payment operations. For them, mobile payments are merely a way to attract users, to whom they can offer fee-based services such as investments, loans and insurance, Nomura's Fuchida said.

And while Asian mobile payment platforms are generally restricted to operating in their home markets, they are investing in other Asian countries, a possible sign that they expect rules on cross-border transactions to be relaxed eventually, according to some analysts.

If those expectations become a reality, then the battle between the likes of Alipay and Visa may be just getting started.