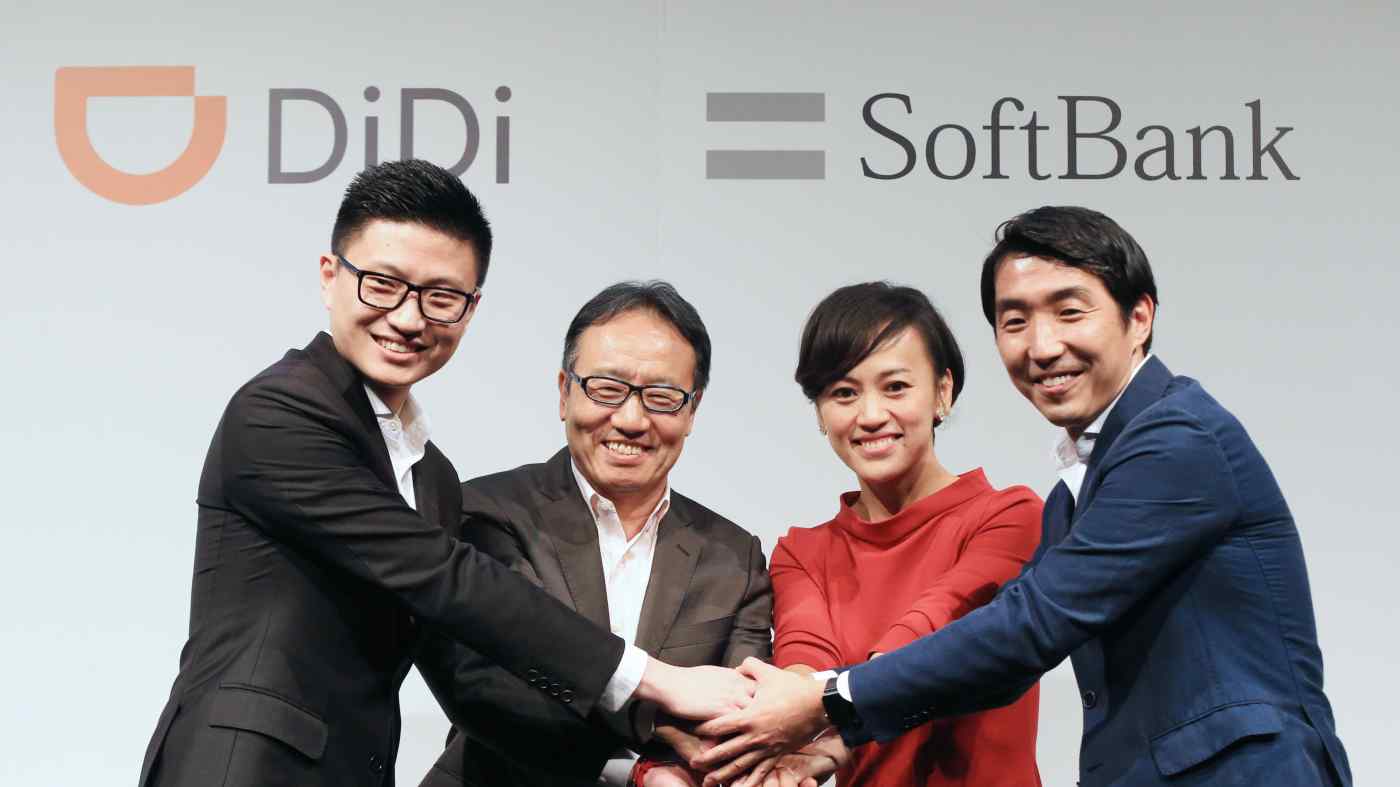 TOKYO -- Didi Chuxing on Wednesday said it launched taxi-hailing service in Kyoto and Tokyo, expanding its presence in Japan's most popular tourist destinations.

DiDi Mobility Japan, a joint venture between Didi and Japan's SoftBank Corp., entered the Japanese market last August with the start of service in Osaka. The company said the number of taxi operators on the platform has tripled since it opened for business, and that the addition of the two cities will enable it to cover nearly half Japan's population, as well as a big slice of the country's foreign tourists.

Didi is backed by SoftBank Group, which is also the biggest shareholder in U.S. ride-hailing leader Uber Technologies. Uber announced the start of operations in Kyoto on Monday, meaning the two services will compete head to head in the city.

Uber, which has done business in Japan since 2014 and is now available in seven cities, has been in the country longest, but Didi may be able to catch up quickly. Of the 31 million foreign tourists who visited Japan in 2018 -- a record high -- more than one in four were Chinese. Didi has been the dominant ride-hailing app in China since it bought Uber's local business in 2016.

Unlike Uber's Japanese unit, Didi also receives operational support from SoftBank. Starting in late May, customers will be able to pay for rides using PayPay, a mobile payments app run by SoftBank and its affiliate Yahoo Japan.

Didi's bigger challenge may be competing with local players. Japan's transportation law prohibits private drivers from carrying passengers for a fee, in effect, barring the ride-hailing business seen in most parts of the world. Instead, Didi, Uber and other ride-hailing companies are forging partnerships with local taxi operators. The requirement to work with Japan's fragmented taxi industry has limited their ability to expand rapidly using promotions.

Meanwhile Nihon Kotsu, one of Japan's biggest taxi operators, has invested heavily in its own taxi-hailing app JapanTaxi. It is backed by Toyota Motor and NTT Docomo, and claims to have one in four Japanese taxis registered on its platform.