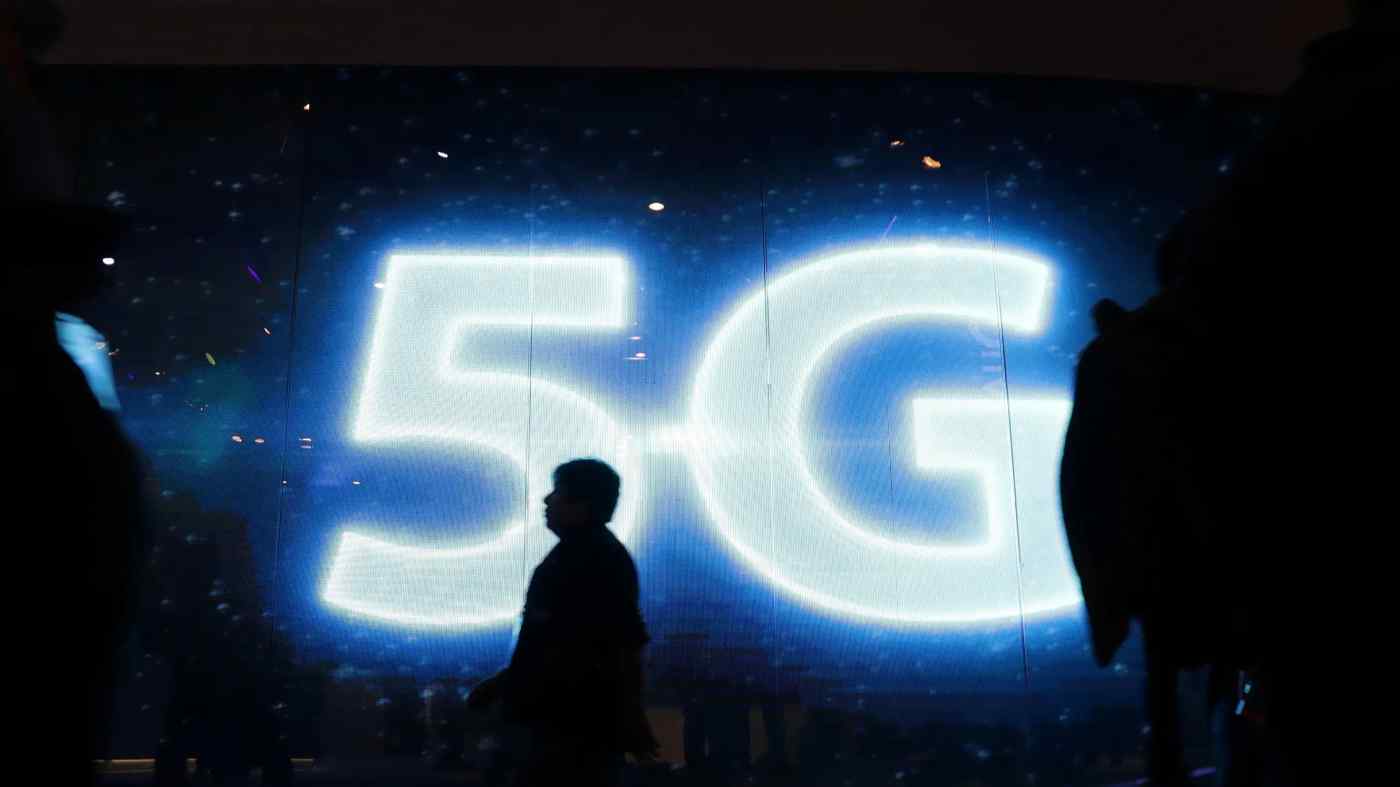 TOKYO -- Japan's big three mobile carriers are looking to enter new markets with the help of 5G technology as a fourth competitor threatens their hold over domestic consumers and the government pushes for ever steeper price cuts.

Facing the prospect of lower profit margins, the telecom companies are rushing to set up partnerships with big companies such as All Nippon Airways and Toyota to create new revenue streams beyond their core mobile operations.

Rakuten will this year set to become the first new entrant in Japan's mobile market in more than a decade, shaking up an industry which has been accused by government of shortchanging consumers with high prices.

Chief Cabinet Secretary Yoshihide Suga in August suggested the incumbent players -- NTT Docomo, KDDI and SoftBank Corp -- could cut their prices by as much as 40% as a result of new competition. Rakuten has said it plans to charge 50% less than its rivals, while current mobile subscription rates are higher than average for Organization for Economic Cooperation and Development countries.

The looming shake-up comes as the telecom companies prepare for the arrival of 5G technology, which will enable networks to handle far larger data volumes with little latency. This will smooth the way for everything from streaming 4K video to autonomous driving and precise remote control of robots.

While 4G encouraged the spread of smartphones, 5G looks likely to affect a broader range of industries.

The telecom companies want to win slices of these new pies through related services, including networks, cloud computing and applications, as well as tapping into consumer-focused opportunities such as online commerce and epayments.

Over the long haul, 5G could form the basis for rewarding new arrangements with corporate partners. The strategy being pursued by all of Japan's big three mobile operators is likely to be a focus of investor attention when the carriers begin announcing their third-quarter earnings this week.

Recent developments in Japan's telecom sector have made incumbent operators "alert" and pushed them "to prepare for 5G," said Shunichi Kita, a consultant for the telecom and media sector at Nomura Research Institute.

The carriers are planning to prelaunch 5G in 2019 and they have already signaled the potential of that technology for new revenue streams.

NTT Docomo hopes to double its revenue from the corporate segment to 120 billion yen in three years, offsetting a decline in its conventional mobile business.

Docomo shocked market watchers in October when it announced it would slash its mobile rates by up to 40%, saving its customer base as much as 400 billion yen ($3.54 billion) a year. The company expects it will take five years to restore its operating profit to this fiscal year's level. CEO Kazuhiro Yoshizawa recently signaled that this recovery would come from looking beyond the core business. "How we expand noncommunication businesses will determine our growth from now on," he said. 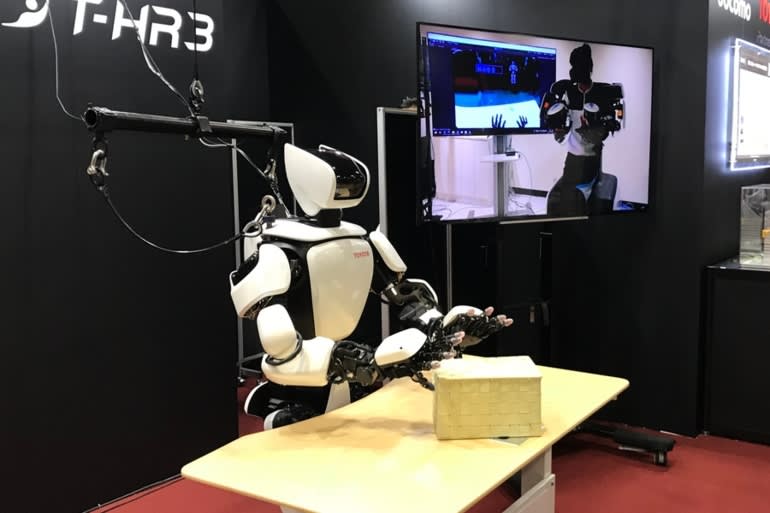 As part of its 5G push, NTT Docomo has jointly developed a robot with Toyota that can be remotely operated.

The strategy is already being implemented. The carrier launched a Docomo 5G Open Partner Program in 2018 and is working with about 2,000 companies and institutions that want to develop services based on the new standard. For now, Docomo is providing 5G technology and information for free, but this will "lead to new businesses," according to Kaoru Miyamoto, manager of the company's service planning group.

Among its projects with other companies, Docomo is working with Toyota Motor on a remote-controlled robot. It has also teamed up with All Nippon Airways, Toppan Printing and the University of Tokyo on virtual tours of places like museums.

Between the fiscal years ending in 2020 and 2024, Docomo intends to invest 1 trillion yen in 5G infrastructure.

The former, which operates the au mobile service, launched what it calls KDDI Digital Gate in September to collaborate with companies on 5G and the "internet of things."

Through Digital Gate, KDDI offers other companies a 5G environment as well as security and data analysis technologies for undisclosed fees.

"We are unique in working with startups, from developing prototypes to testing, with commercialization in mind," KDDI President Makoto Takahashi said at a recent results briefing.

SoftBank is taking a similar approach, though, at the 5GxIoT Studios it opened in Tokyo in 2018. These sites are equipped with a range of applications and tools, including high-performance servers suitable for edge computing -- systems in which data is processed at the source, rather than in the cloud. The studios incorporate technologies from companies backed by SoftBank Group, such as graphics processing unit maker Nvidia and semiconductor designer Arm Holdings.

"Beyond carrier" is one of SoftBank Corp.'s slogans, reflecting its determination to harness IoT and AI. Founder and chief executive Masayoshi Son announced in November that the group would shift 40% of its employees in the mobile segment to new businesses.

Despite the enormous potential of 5G, experts say it will take time for the bets to pay off.

Docomo's Miyamoto conceded that the transformation would be gradual, just like the transition from feature phones to smartphones in the 4G era. The current stage, he said, is about "sowing seeds to create new businesses."

For now, the players will have to chase gains from other consumer-oriented operations. KDDI expects to benefit from a partnership with Rakuten, expanding its customer base for services like payments and e-commerce. KDDI is also in negotiations to take a nearly 50% stake in internet brokerage Kabu.com Securities as part of efforts to build up its financial services offerings.

SoftBank affiliate PayPay, which began operating in Japan in 2018, recently launched a campaign to "give out" 10 billion yen to its mobile users -- in the hope of winning new ones. NTT Docomo aims to expand the membership of its point program and grow its financial services.

Similar changes are afoot across the region.

Moody's, the credit rating agency, recently noted that tough competition would eat into revenues and margins of traditional telecom businesses across the region. "In Asia Pacific, we are expecting aggregate EBITDA margins to decline by 1 to 2% over the next 12 months from 41.5% in 2017 due to several factors including intensifying competition and pricing pressure," Moody's Singapore Senior Analyst Nidhi Dhruv.

Dhruv noted in a recent report that while many Asian carriers were forging cross-industry partnerships to offset the decline, this diversification into new markets might not be the answer to margin pressure. Nevertheless it could be vital to the survival of telecom companies in the age of 5G.

"These value added businesses are inherently margin dilutive," the report states, "but [they] are essential for future proofing the sector's revenue streams and to keep telcos relevant in the digital ecosystem."