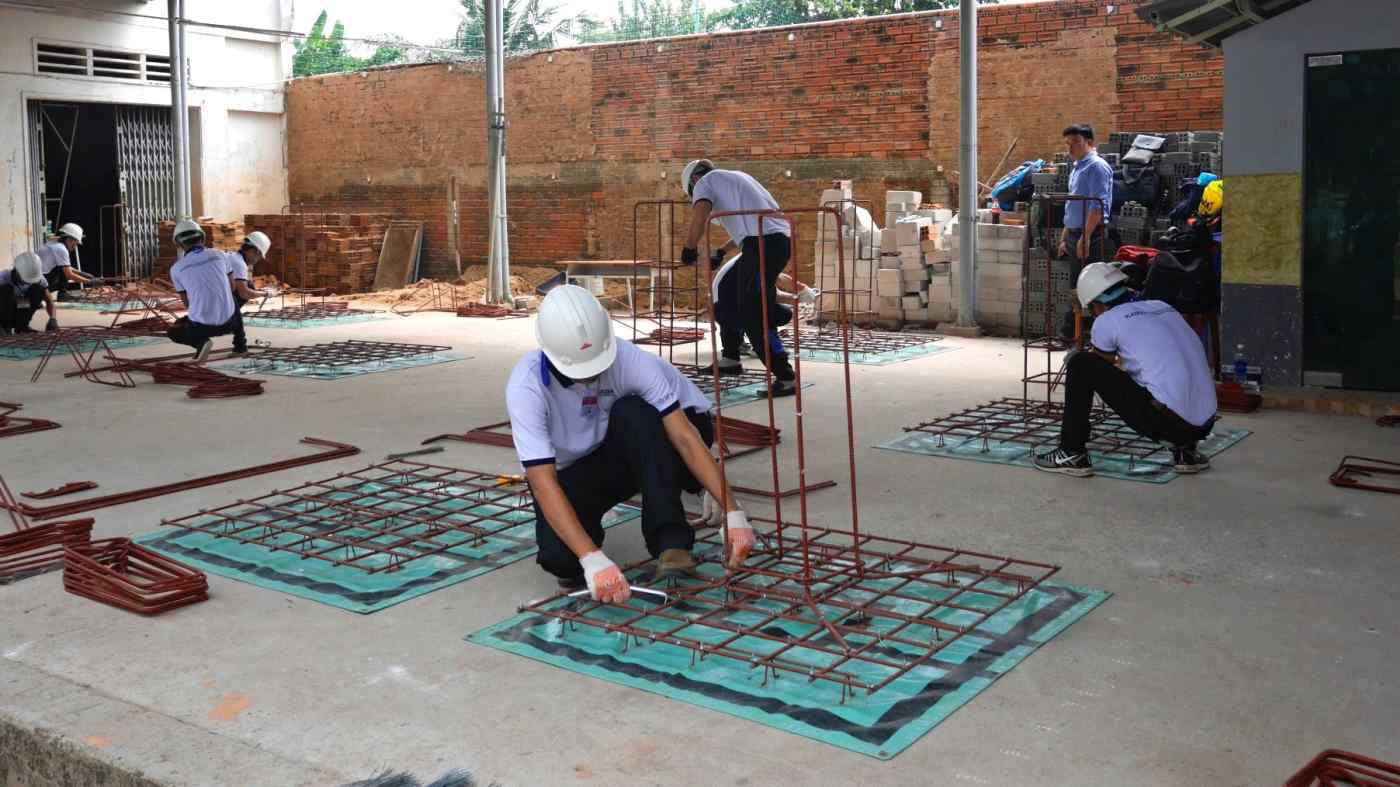 TOKYO -- Japanese businesses are gradually warming to the idea of accepting foreign technical trainees to work in Japan. But criticism is growing amid reports of rampant human rights abuses, and pressure is growing to ensure compliance with new labor regulations.

A new law designed to improve working conditions of such people, enacted in November last year, stipulates greater accountability from about 2,000 supervisory groups such as business cooperatives, as well as companies and farms that accept trainees via the groups under their supervisory and instruction.

The legislation was enacted in response to allegations of infractions, including excessively long working hours and nonpayment of salaries, and is considered the key to alleviate the country's labor shortages by making the intern program attractive to prospective trainees.

On-site inspections in 2016 by the Ministry of Health, Labor and Welfare found violations of the Labor Standards Act and other regulations, including long work hours, at 70% of the inspected companies.

In one case, a Chinese trainee was forced to work at a sewing factory more than 15 hours a day for below the minimum hourly wage of 400 yen ($3.77). After a program on a commercial broadcaster reported the issue, an apparel brand at the end of 2017 posted a statement on its website apologizing for the labor problem at its supplier's factory. Sakon Kuramoto, a lawyer who is well acquainted with human rights issues, praised the new law, saying that it "defines what had been ambiguous responsibilities of supervisory groups and businesses accepting trainees and calls for protection of their rights."

Under the law, supervisory groups have to obtain permission for their operations and businesses must have training plans for each trainee approved by the newly established Organization for Technical Intern Training.

Businesses that have pressed trainees to do tasks that are not in the plans will be subject to a business improvement order or repeal of the approval.

OTIT regularly examines supervisory groups and businesses accepting trainees. A consultation service, which allows trainees to report infractions at their workplace and seek advice on life in Japan in their native language, has also been set up at the organization.

Insurance company Sompo Holdings will for the first time take in foreign trainees -- two from Vietnam -- in August at its nursing care subsidiary. At a care facility in Tokyo, where the training takes place, a Vietnamese worker who is fluent in Japanese will be deployed to support the trainees as a mentor.

The Japan Franchise Association, which intended to urge the government to include convenience store work in the list of training fields by early 2018, has yet to do so.

The reason is that "we are carefully considering the situation on legal compliance at independent stores in rural areas and 24-hour supermarkets, which do not fall under the association's purview," said Hiroyuki Ito, the association's executive managing director.

The new law has elicited both praise and criticism.

Shoichi Ibusuki, a lawyer familiar with human rights issues, is critical, saying that "the OTIT only has about 300 staff members, not enough to make it effective."

On the positive side, a supervisory group of companies that handle reinforcing bar installation across Japan, which has introduced about 450 trainees, believes the law could help eliminate malicious brokers. The association said that such brokers receive fees from an agency that dispatches trainees from their home country, among other infractions.

Kyoei Yanagisawa, who heads the International Manpower Development Organization, a major supervisory group, said the law offers "the last chance for the intern program to survive."

He noted that the program's mission is to "increase the managerial talent and fans of Japan in Asia."

Stringent monitoring by the OTIT and heavier accountability could improve the intern program, which would benefit for Prime Minister Shinzo Abe, who is willing to expand the acceptance of foreign workers.

The new law also extends the training period from the previous limit of three years to five years and adds elder care to the list of available job sectors.

Japan currently accepts 260,000 or so trainees, accounting for 20% of total foreign workers in Japan, including students. The aim is to have foreign trainees use the expertise and knowledge they have acquired in Japan to help develop the economy in their home country. The most recent data shows that trainees from Southeast Asia are increasing, while those from China are decreasing due to rising wages in that country.

But this "does not warrant an optimistic outlook," said Hirofumi Doi, who is in charge of management at Mitsui Engineering & Shipbuilding's shipyard in Tamano, Okayama Prefecture. Doi is responsible for looking after trainees from Indonesia.

He said although many prospective trainees were "attracted to the idea of coming to Japan itself until seven to eight years ago, their home country's improving economy and young people's standard of living have made training in Japan for three years less attractive."

Learning skills in Japan is losing its appeal, but Doi stressed that "the idea that trainees are a source of cheap labor should be abandoned."

The prevalence of social media is prompting companies to treat trainees properly.

Mamoru Hino, director of Delica Chef under House Foods Group, said, "If there was a revelation of improper treatment of trainees, it could spread quickly" via social media.